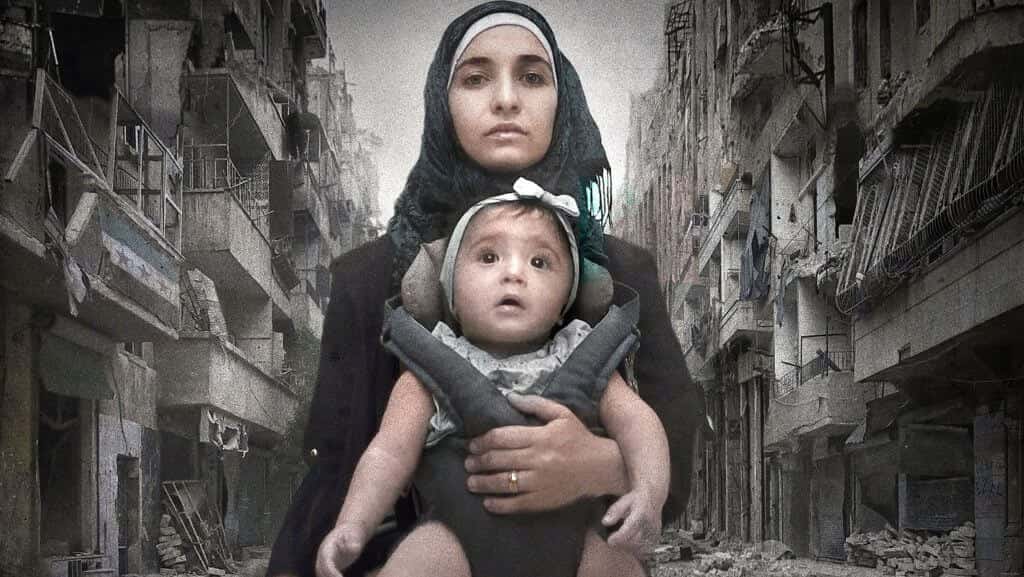 Lacking any knowledge whatsoever when it comes to the siege of Aleppo and the civil war within Syria, I find myself at a real loss for words. How do I review a documentary that captures in such vivid detail the monstrous impact the war between the Syrian dictatorship and rebellious fighters has had on civilian lives? For Sama places us right into the fray, documenting and profiling a handful of years that director Waad Al-Kateab survived during her time at a hospital right in the heart of Aleppo.

There’s no real way for me to put this documentary in perspective. I’ve no experience with warfare, and to be honest I hope to keep it that way. For people in the same position as me, we rely on documentaries and films, books and programmes to teach us more about history, ancient and modern. For Sama documents a handful of years of truly important history, and thanks to the digital age and social media, we get a truly wide view into the brutality on display.

Somehow managing to balance the fleeting moments of positivity with the overwhelming troubles that plague our protagonists daily, For Sama is an engagingly tense documentary looking to show us the terrifying display of war in Aleppo. It does so well, we have a simple narrative to follow, darting backwards and forwards in time as small events that just so happen to coincide with one another. We open on the bombing of a hospital that was built by the couple, and from there we move a few years prior or several months into the future while the two rebuild and survive under the terrors of a war.

Harrowing. That’s the only word that justly describes the ongoing turmoil featured in For Sama. Many scenes show the destruction and crumbling of civilization in unflinching detail, and to the credit of Al-Kateab and her family, they show an unflinching bravery among the death and destruction around them. Their bravery throughout brings an even stronger message to the documentary, one of survival and camaraderie among their friends and colleagues. For Sama is an important piece of documentary filmmaking and journalism, highlighting the lives of a handful of civilians living in constant fear.