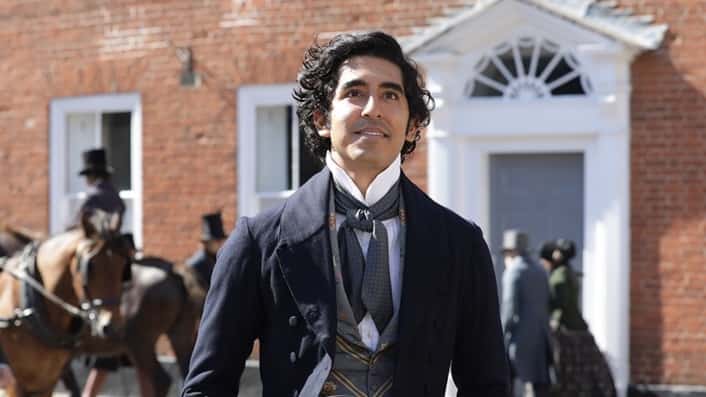 The prime piece to remember about The Personal History of David Copperfield is that it comes from the mind of one of the greatest comic writers of the past fifty years. I mean that as no small claim, but Armando Iannucci is perhaps one of a select few whose work is consistently hilarious and downright charming. From The Thick of It and In the Loop to The Death of Stalin and of course The Armando Iannucci Show, he’s a hardworking guy that has stuck around the comedy genre for a good few decades. His latest feature finally presents us with what happens when a man of great talent takes on something he is merely adapting, rather than writing from scratch. The Personal History of David Copperfield, based on Charles Dickens’ book David Copperfield, is a riotously funny adaptation of a literary classic.

For fans of Iannucci it shouldn’t be a surprise that The Personal History of David Copperfield is a thoroughly fun and engaging experience. Following in the eponymous characters footsteps as we get a grip with his life and the highs and lows he experiences, David Copperfield (Dev Patel) finds his way in life meeting a variety of characters along the way. A fictional biography so to speak, the movie adapts as much as it can from the book I’m pretending I’ve read, and for the most part it does it with tremendous ease. Iannucci takes up the directing chair once more, yet there’s something quite different about his work here when compared to that of his prior political projects. Perhaps it’s the lax storytelling style or the perplexingly colourful variety of costumes on display, but Iannucci feels more stylish in this than any of his other films.

Maybe this is due to the work being an adaptation, rather than a comedy that works when all its gears are whirring at once. The Personal History of David Copperfield has plenty of time to reflect on the comedic efforts of its delightfully talented cast. Iannucci regular Peter Capaldi appears in supporting capacity as Mr. Micawber, a role that seems to orchestrate comedic moments rather than become involved within them. Alongside Capaldi is a whole host of British comedic talents including the ever-enjoyable Paul Whitehouse, an unrecognisably weird Ben Whishaw and the legendary Hugh Laurie. Even Tilda Swinton and Benedict Wong show up, and if the film had received a bit of better pacing to it, these performances would be much more than faintly memorable.

Patel’s performance stands out the most, feasibly because he’s the only character grounded in a world of surreal whimsy. He is the eyes of the audience, and as such we see characters as he considers them. In turn, we’re given some great portrayals and representations of those that made Copperfield’s life so engaging. If you’re like me and have no clue as to the real source of the film, then don’t worry. There’s a fine line the film manages to walk between competent adaptation and charming comedy.

By all means a creatively fulfilling and ambiguous film, The Personal History of David Copperfield is an immensely funny and enjoyable time, albeit one that lacks the spark that Iannucci often brings to his projects. Perhaps this shift in tone should be welcomed with open arms, rather than a sense of unease, because regardless of whether or not the film is funnier than his previous work, it’s a far stretch superior to a vast majority of comedies to release in the past few years.