Opinion: Spinning Out and Why It Should Be Saved 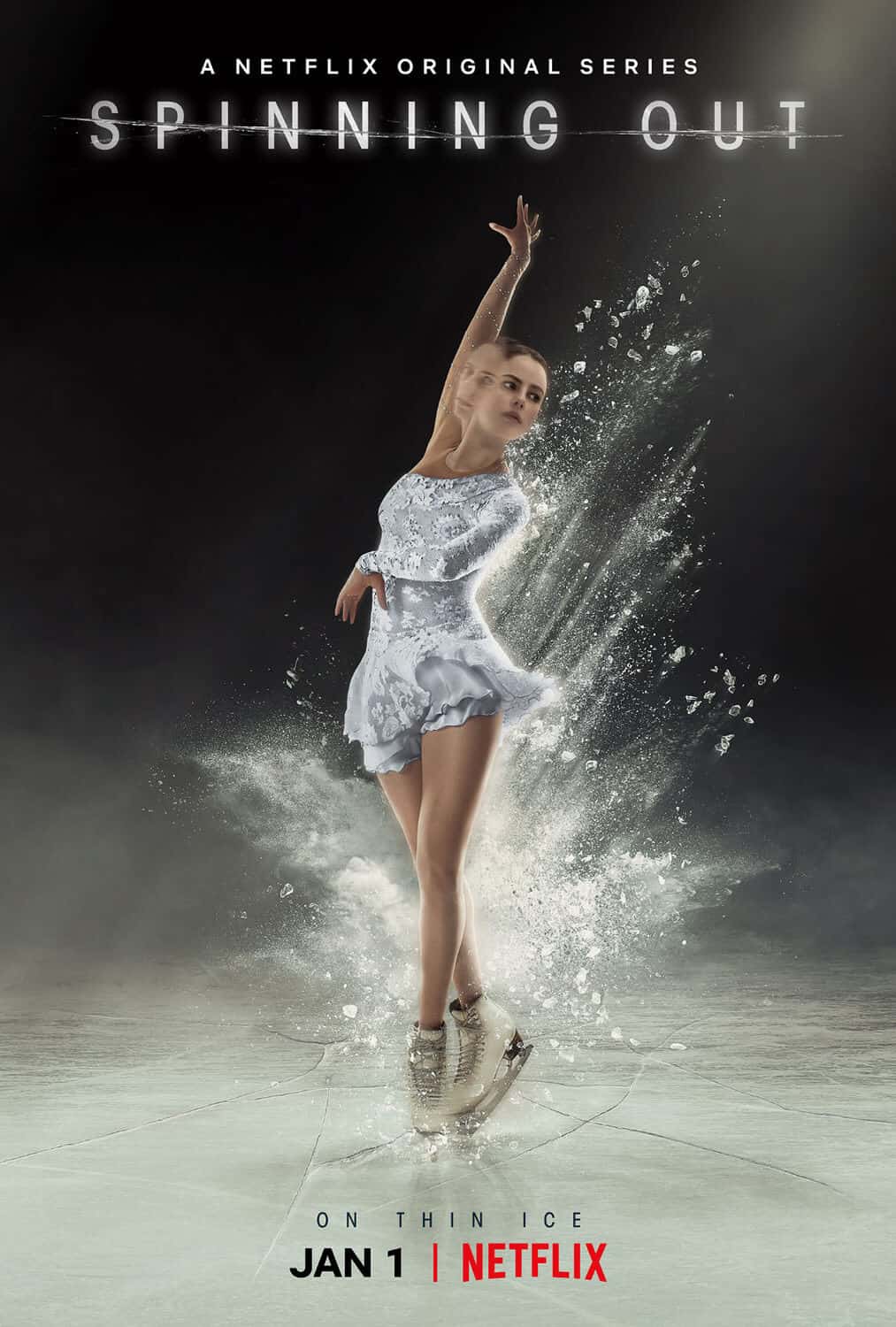 On the 4thof February, fans of Netflix original figure skating drama Spinning Out were left devastated following the news that Netflix had cancelled the hit series a mere 4 weeks after its release. The rightful outrage among fans manifested into an outpour of two main hashtags: #SaveSpinningOut and #RenewSpinningOut. Alongside the trending hashtags, a Change.Org petition demanding a second season of the show accumulated over 15,000 signatures in under three days of its cancellation. The cancellation of this excellent series has once again reinforced that Netflix values monetary gain over powerful storytelling.

Spinning Out follows a figure skater, Kat Baker (Kaya Scodelario of Skins fame), whose confidence in her skating ability has become tarnished following an accident at a competition in which she cracked her head open on the ice, resulting a traumatic head injury. Struggling to get past her PTSD, Kat resigns all hope of making it to the Olympics and plans to give up her life-long passion for good. After a coach recognises her potential, Kat is offered the opportunity to pair skate with another Olympic hopeful, Justin Davis (Evan Roderick, Arrow). As Kat embarks upon a new journey with Justin, she struggles to balance her dreams, relationships and fragile mental health.

While there is indeed a deficiency of figure skating dramas in television, at the heart of Spinning Out is mental illness. Kat struggles with Bipolar Disorder (Type 1), an illness inherited by her mother Carol (January Jones, Mad Men). Throughout the first season, viewers are given an informed insight into what its really like to live with Bipolar. Although Kat is able to stick to her medication in the first half of the season, her fear of not being good enough as a pair skater often results in frustration that she takes out on herself. Carol’s battle with the disorder, however, is nothing short of agonising. She experiences severe bouts of depression and mixed episodes as she struggles to find balance in terms of her wellbeing. Viewers see her going on and off her medication before going cold turkey. This results in extremely aggressive, sometimes abusive, and tumultuous behaviour. Carol, who was a former figure skater before having to give it up when she became pregnant in her teens, carries a lot of resentment about losing her career. This resentment manifests itself through sometimes controlling behaviour, as she lives vicariously through her daughters Kat and Serena (Willow Shields, The Hunger Games).

Spinning Out does an immensely good job of depicting Bipolar disorder, which is incredibly rare in entertainment. There is indeed a lack of representation for those who struggle with this illness, and on the rare occasions when it has been portrayed, the portrayals have often been misinformed, inaccurate and/or over-dramatised for viewing purposes. Spinning Out humanises living with mental illness, as well as showing the spectrum of Bipolar disorder. Contrary to popular belief, although Bipolar is defined by manic and depressive episodes, it is incredibly common for sufferers to have mixed episodes (where symptoms of mania and depression are exhibited). For example, in the first episode of the series, Carol wakes up Serena in the middle of the night and forces her to do press-ups. Although Carol has an insatiable amount of energy (decreased need for sleep) and is watering the plants outside, her movements are weighed down by lethargy (often associated with depression). When Kat tries to get her mother to calm down, Carol becomes immensely irritable and slaps her. After realising what she has done, Carol apologises profusely through sobs.

The series shows viewers how living with mental illness can severely impair a persons daily life and behaviour, however ill behaviour is never excused or justified which conveys an incredibly important message. In the lead up to a manic episode, Carol drains almost two thousand dollars from Kat’s bank account, dyes streaks of her hair purple, picks at her skin furiously (she also suffers from dermatillomania), quits her job and experiences severe mood swings. Carol’s behaviour towards her daughters is very harsh and cruel at times, however it is made clear to us as viewers that her illness is beyond her control. By the end of her manic episode, Serena’s coach Mitch (Will Kemp, Reign), finds her scrubbing the kitchen floor with a toothbrush in tears, repeatedly saying that she doesn’t want to be a bad mother.

Spinning Out also depicts the struggles of bouncing back from an episode. In episode 6, Carol is released from treatment at a mental health facility, only to come home and be faced with the reality that she cannot afford to pay her medical bills. After being denied a loan from the bank due to inconsistent employment, Carol’s only option is to sell her house. The series also explores the stigma surrounding mental illness, as Kat and Carol carry a lot of internalised shame. Shows such as Spinning Out can really educate viewers on issues surrounding mental health, and portraying these issues can help alleviate a stigma that is still potent, especially around a misunderstood illness such as Bipolar. 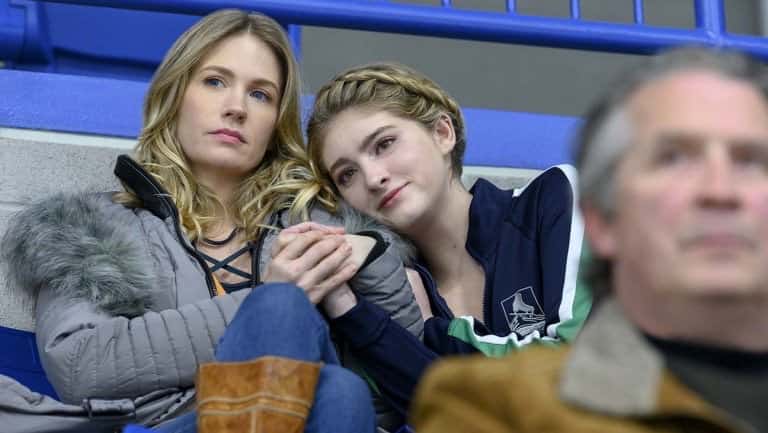 The acting in this series is nothing short of stellar. Kaya Scodelario embodies her character’s struggle with Bipolar and PTSD in a very raw manner. January Jones, in my opinion, does her best work in the show (its almost incomprehensible to think that she could top her performance as Betty Draper). Jones manages to bring so many layers to the role of Carol Baker, and her very subtle mannerisms when her character is experiencing severe episodes makes her portrayal very empathetic. Willow Shields also manages to bring complexity to the role of Serena, and we agonise with her suffering as she sees her mother and sister in harrowing scenarios. Every cast member brings gravitas to their roles and it is easy to fall in love with each of them and become immersed in their journeys. The skating numbers are beautifully choreographed and paired with scores that are not only powerful, but really resonate with the emotions of the characters in those particular moments.

Netflix unjustly cancelled this show within a month after giving it next to no promotion. Apart from a trailer and one post of a skating sequence, they made no attempt to accumulate momentum. The final episode ended on multiple cliffhangers which is another reason why its cancellation has frustrated many fans like myself. Alongside its powerful representations of mental illness, Spinning Out also addresses many issues such as racism, child abuse/grooming, the difficulties of being an athlete, family mental illness and issues relating to LGBTQ+. Towards the end of the series, Kat’s coach Dasha reveals that when she was young and living in Russia, she had to give up the love of her life, Tatiana, otherwise her skating career would end due to her being gay. The final episode ends with Tatiana and Dasha coming face to face again, and fans deserve to witness the rebirth (or not) of their love story. Elderly members of the LGBTQ+ are also rarely represented in television, and members of the community deserve to be represented. It is also revealed in the final episode that Serena has been groomed by her doctor, and it would be beneficial for the show to depict the aftermath of what being groomed/sexually abused is like.

It is highly likely that Netflix will not reverse their decision. However, it could be likely that another streaming service such as Hulu, Amazon Prime and Pop TV could pick it up. Spinning Out, formerly known as Kiss and Cry, was originally in production at Pop TV but had to be let go due to financial strains. The head of Pop TV confessed that he was devastated to let go of “one of the best scripts” he has ever seen. Myself and the fans are hopeful that another network will pick up this series so that it can continue to represent important issues. Given that the series was Pop’s to begin with, this may mean that if they decide to pick it up, fans may see the second season as early as 2021. Spinning Out has become very popular among passionate fans, and combined with the fact that the writers of the show already have the majority of ideas for a second season laid out, we can only hope that this series, that has such potential, won’t die such a young death.

Season 1 of Spinning Out is currently streaming on Netflix.

4 Responses to Opinion: Spinning Out and Why It Should Be Saved