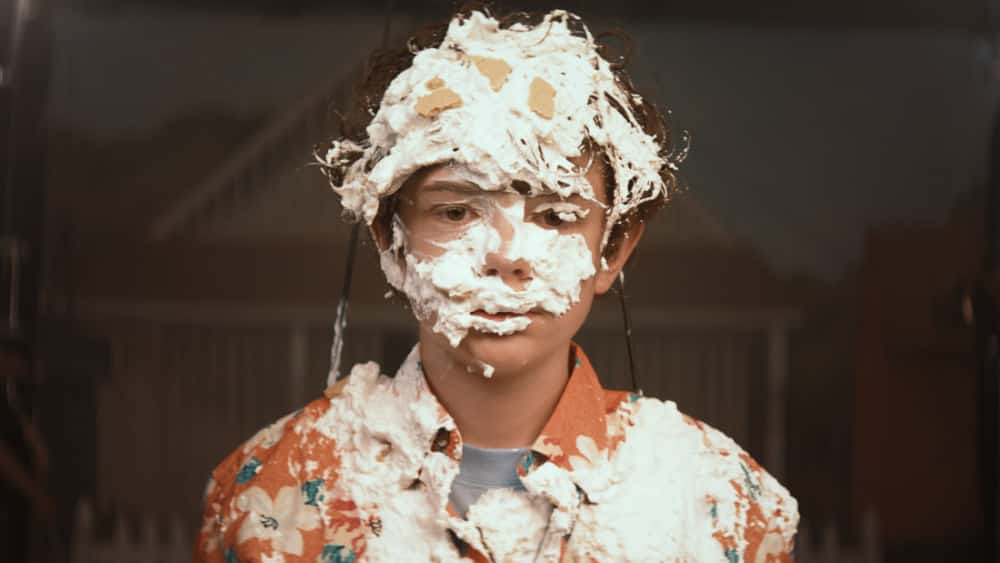 Having written portions of this during a stint in rehab, Shia LaBeouf’s Honey Boy will elicit as much realism as the “based on true events” placard that preceded the Paranormal Activity films. Much of the film comes down to recollection of a childhood from long ago, and from there you can disconnect with Honey Boy rather easily. Somewhat based on the life of LaBeouf and the relationship he had with his father, he stars and writes his way through a quasi-biopic that loses its stance rather quickly and never manages to recover throughout its mismatched storyline.

LaBeouf stars as James Lort, the somewhat abusive father of Otis, a child actor who is pushed to his limit by an overbearing father, personal life turmoil and a mixture of coming of age terrors that will always throw a spanner in the works. A seemingly engaging storyline is given the run-around with some lowly performances that don’t match up with the abilities and experience these performers should present us with. Lucas Hedges and Noah Jupe both star as Otis, featuring in and fleshing out different time periods in the life of the struggling child actor. Jupe presents us with the free optimism he has, while Hedges’ brings around a sense of drama to the narrative. Neither work too well, mainly because the performances aren’t all that interesting, but also because the script just has no kick to it. There’s no exacerbated point to the whole piece, to the point where it feels aggressively boring at times.

Maybe it’s the Americanisation that stops me from enjoying this, it ground Booksmart to a tremendously horrible halt, so it’s no surprise that the connotations of the modern American independent film are a rich taste that I don’t quite enjoy. At least Honey Boy is lukewarm at best, something so inoffensive that I can’t warrant hating or loving it whatsoever. It’s sort of just there, and it’ll work wonders for a strangely large group of individuals.

It’s not that Honey Boy is a bad movie, yet it’s not a good movie either. There’s nothing within this film that really does anything for me, not eliciting anything of merit or measure, it’s a surprisingly boring film. LaBeouf’s personal life is of no interest to me, yet his coming of age, somewhat truthful drama is lacking a certain energy needed, a presentation of typical dramatic tropes is absent. The loose formula of the film leads to some slapdash conclusions, most of which aren’t all that satisfying. But that’s the representation provided by the film, Honey Boy makes no mistake in providing us with a story that isn’t a happy tale or satisfying conclusion.