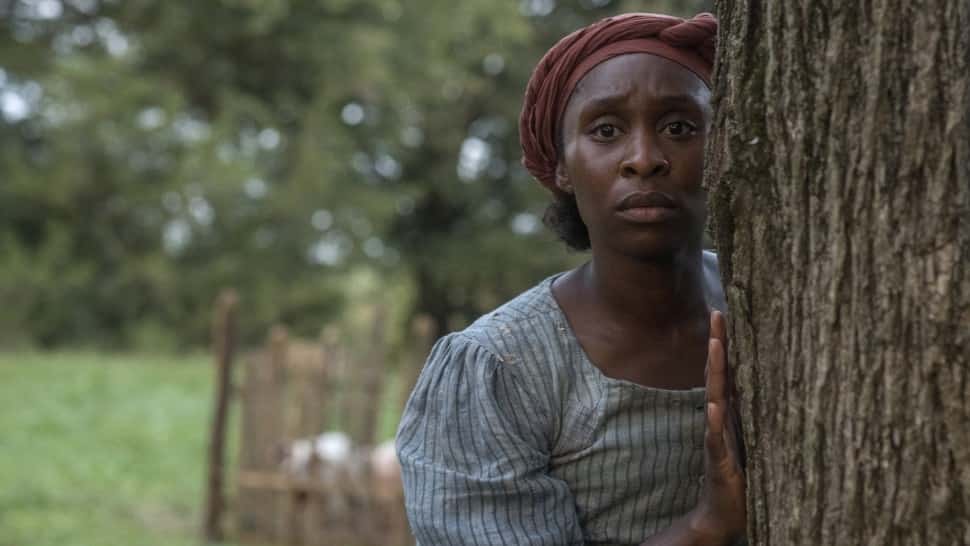 After watching through Harriet, even I would struggle to tell people that this film received nominations on the awards circuit. Yes, while not every film on the gravy train of awards success is exactly a hit, it’s surprising to see which misses were included for no other reason than a mighty push by the studio in the face of a glimmer of hope. Harriet is one such project, garnering Cynthia Erivo her first Oscar nomination. More power to her, she’s a great actor and I’m sure she’ll go on to give us much better performances than the careless attitude she and everyone else within Harriet depict themselves with.

Erivo’s leading performance is passable as she ploughs through playing the eponymous character with about as little conviction as you’d expect. Following the life of Harriet Tubman, we see her life unravel as she goes from escaped slave to empowering leader of abolition of the very system that kept her and her family from leading a free life. As far as storytelling within biopics go, Harriet is perhaps one of the most important and interesting films of its generation, coupling the racial tensions that were found both in the late 1800s but also reflecting on the attitudes of the modern day. It manages to do neither with much empowerment or interest, soon sliding into a bizarre semi-musical production where half the cast can sing and the other half can’t wait to get off of the set.

The biggest mistake Harriet makes is that it doesn’t do anything to break away from the standard and conventional forms of the biopic. It feels very generic, through and through there’s not an inkling of unique stature or interest whatsoever. It’s a shame, especially since I was somewhat interested in the story the film looked to depict. Rather than giving us something both entertaining and educational, it instead boils down to a film where Erivo and company sing to one another and clamber through randomly dull scenes with the hopes of coming through unscathed.

There’s no denying the importance of someone so revered and incredible in stature. Tubman’s painstaking sacrifices for the betterment of equality are showcased somewhat, but the real issue with Harriet the biopic is that it plays it far too safe way too often. Even when it does take a handful of risks, the only risks it looks to take are the musical interludes which are both terrifying and a staunch reminder that nobody is safe from the dangers of music. Aside from a formidably competent leading performance, Harriet misses the mark entirely.