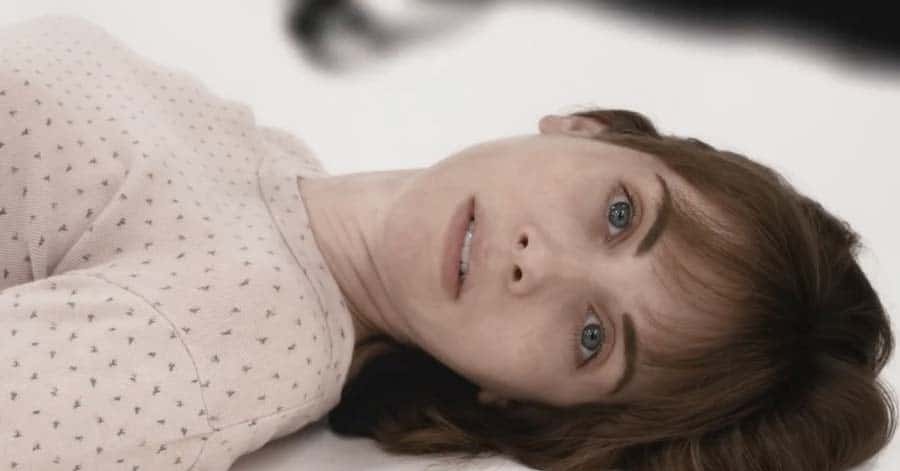 A film that is weird solely for the sake of it is no film at all really, is it? I like the work of David Lynch somewhat because his innate ability to craft weird scenarios is bolstered by strong performances and engaging subtexts that are littered throughout his narratively flimsy pieces of work. Weird films are exciting, and a small handful of them are mesmerising and equal in levels of enjoyability and satisfaction. One of the few examples I can actually think of would be the ill-forgotten Beyond the Black Rainbow, a chilling thriller from the director of Mandy. I would recommend watching either of those films over Horse Girl, another Netflix film to coax us into 2020 with about as much conviction as you’d get from the director of Life After Beth.

Following the life of a clearly demented individual, we pursue and view the interactions and versatile life of Sarah (Alison Brie). Entertaining in a similar fashion to how I feel a movie adaptation of The Sims would play out, we follow this barebones character as she begins to fall into the lucid dreams she experiences more and more frequently. The aspects and ideas surrounding dreams and reality mixing together are something that does interest me as a concept, but between this and the rightfully misremembered The Good Night, I don’t think anybody else really has a hankering for this genre.

The film would be much more palatable if it weren’t for its inconsistencies. We see most of the film from the perspective of Sarah, a befuddled mid-life crisis waiting to happen. As we traverse every aspect of her life, we realise more and more that she is both insane and boring. There are a few attempts at comedy, but they’re paced rather incoherently, and gauging the reaction I had, they’re not even that funny. The supporting cast don’t really do much to aid the script, which is fair given the writing for the film is truly shambolic. Plucking recognisable faces that you’ll be second guessing yourself with the whole way through thanks to the horrors of the star power hook, Horse Girl does feature a few surprise faces. Debby Ryan, who my generation will know from The Suite Life on Deck appears in a supporting performance, as does Molly Shannon. For the three people that bothered to view Private Life (one of the few solid Netflix features), you’ll be thankful to hear that Shannon is spared from having more than a somewhat passive role in the film.

I’m glad I’m at a point in my life where I can either walk to the cinema to see a bad movie or just stay in the comfort of my own home to watch an equally substandard film. There’s little to remember throughout Horse Girl, other than that the title is more or less randomly plucked from a book of adlibs. I assume so anyway, because aside from the brief flutters of interactions our leading character has with horses in about three scenes, there’s nothing really happening with those equestrian creatures. It’d make more sense to call this film Middle-aged Meltdown. But that wouldn’t be fair, because that’s just Marriage Story without the insanity.