Single Review: ‘Anxiety’s A Bitch (Don’t Let It Kill You)’ by Too Close For Missiles

Too Close For Missiles are a local pop-punk band from Newcastle Upon Tyne. The band consists of John Arkle on Vocals/Guitar, Chris Thompson on Guitar, Andy Tatters on Bass/Vocals and Rob Ledger on Drums. 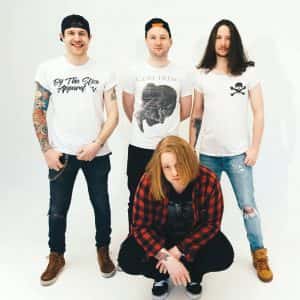 Too Close For Missile’s latest single ‘Anxiety’s A Bitch (Don’t Let It Kill You)’ is the song we all need in this current climate. The upbeat, fast paced melodies bring lightness to a dark undertone. It’s very refreshing to see representation of Mental Health Awareness from a young, local band. It has an incredibly catchy chorus that, after even after only a few listens, I already know the words to. There’s an incredible dancey element to this song and it is guaranteed to have people on their feet, singing and dancing along instantly. It’s an energetic vibe, providing joy while not distracting away from the main message of the song. I can imagine they would put on a fantastic live show. I hear the heavy influence of Blink 182 and Sum 41, but as well known bands that everyone loves, that’s not necessarily a bad thing. I see a bright future ahead for Too Close For Missiles and believe they will be a massive hit with the new generation of pop-punk lovers.