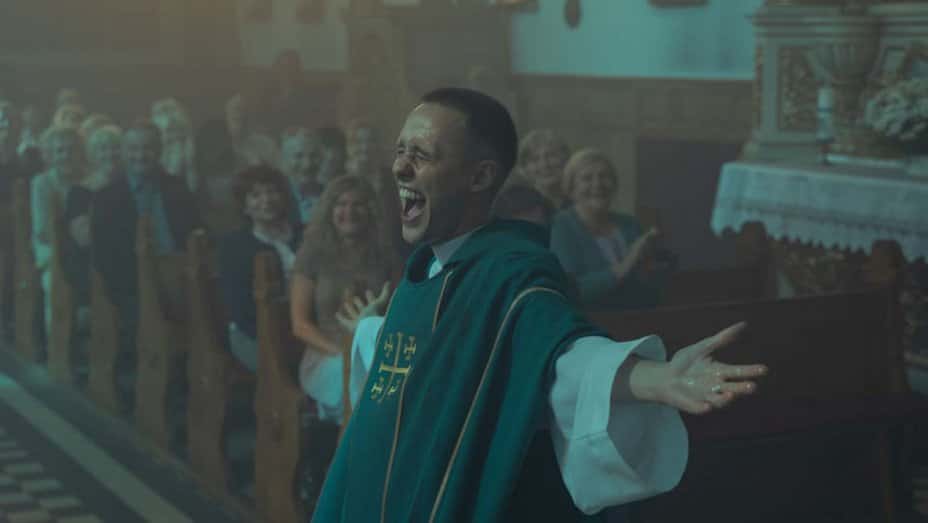 I’m somewhat late to the Corpus Christi party, especially having missed the hype it received after its Academy Award nomination, but I suppose it’s better late than never. Corpus Christi follows the somewhat true story of Daniel (Bartosz Bielenia) who finds himself accidentally replacing the local vicar after he runs away from his juvey parole.

Perhaps the best part of Corpus Christi is its performances, with a nicely rounded cast that look to uphold a great leading performance from Bielenia. His performance strikes a rather nice chord of a youth down on their luck, offered a second chance to do something they truly believe in. Attempting to prove himself worthy as a priest, Daniel works his way into a small community and inadvertently finds himself in the midst of a recent disaster. Perhaps the most understated part of the piece is the disconnect Daniel has between his past and his current occupation.

I don’t understand the first thing about religion, I’m ambivalent at best toward the theories and scholars that talk of its importance, and there was definitely the risk that Corpus Christi would feel like light propaganda rather than a solid drama. It thankfully avoids the potholes of having a stance on the matter through its highlighting of the harsh treatment of youth in Poland, and it does so extremely well under the direction of Jan Komasa. Breaking into the somewhat mainstream, Komasa’s newest film is an absolute treat. He blends the harrowing nature of his subtext into his directing style seamlessly, creating a particularly enjoyable drama that manages to pace itself out nicely over the course of two hours.

What impresses me most is that Corpus Christi has nothing without merit. It’s a bleak yet understandably powerful and uplifting piece of film that manages to create a likeable character out of some unlikeable qualities. The sheer simplicity of trying to do better because you know it’s the right thing to do is presented with clear vivacity throughout, and it’s a real credit to Komasa that he manages to bring this message with such a consistency.

I think it’s fair to say that I, like many others, will never understand the cultural relevance of Corpus Christi. It’s a film that comes from a key point in Poland’s history, and is a product of years of societal change. Having never been to Poland, I don’t think I’ll ever understand the underlying tones that run rampantly throughout Corpus Christi, but it’s a testament to the talent of the director, writer and cast to see that they’ve created a marvellous film that can be enjoyed regardless of whether or not you understand the culture they look to represent so vividly.