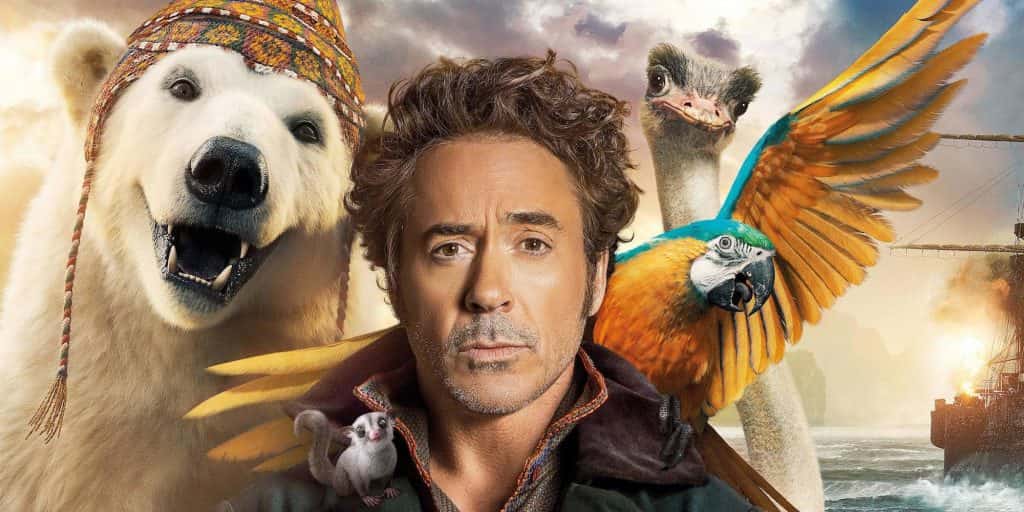 Since being released from the clutches of his Marvel Cinematic Universe contract, it’s nice to see that Robert Downey Jr. is utilising the creative choices and freedom available to him wisely. Instead of prepping himself for an Academy Awards campaign or even carving himself a comfortable career in solid supporting roles in various films, Robert Downey Jr. has made it his mission to handcraft nightmare fuel. A remake of the Dr. Dolittle franchise seemed rather redundant, and I don’t think I can name anyone that was clamouring for a remake of the Eddie Murphy pentalogy of film, which was in turn a remake of a Richard Fleisher 60s film. Still, if there’s one thing we can all agree on, it’s that what the public want is very different to what the public receive.

Downey Jr. stars as the titular doctor of doing little, thrusting a Welsh accent and a bedraggled disconnect with reality as he pumps animals full of various chemicals and drugs in the hopes of fixing them up. He’s a jumped-up veterinarian with a knack for adventure, which is why he is entrusted in finding a gem to cure a very ill member of the Royal Family. Hightailing it through various parts of the world that are so forgettably bland it all forms into one, large field, Dolittle sets off with his band of animals voiced by relatively famous actors and comedians.

Pumping a nine-digit figure of cash into a film where Robert Downey Jr. talks to animals that aren’t actually there is a frankly terrifying image. It’s such a vile, foul movie that it’s hard to articulate just how preposterously bad it is. There is no salvation to be found in this decrepit piece of misery, no silver lining, no single outlying piece of enjoyability in any single second or frame of this film. It is sheer torture from the very first second until the bitter, toxic end.

I took no joy in watching through Dolittle, a movie so devoid of personality or any level of entertainment that it becomes an instantaneous mess to sit through. The so bad it’s good quality doesn’t even filter into this one, where the sheer substance and audacity on display is more than enough to annoy even the most casual of cinema goers. But if you want to see a movie where the climax of the film jumps from Robert Downey Jr. performing keyhole surgery on a mythical creature, followed by a scene where Jim Broadbent is arrested for treason, knock yourself out.