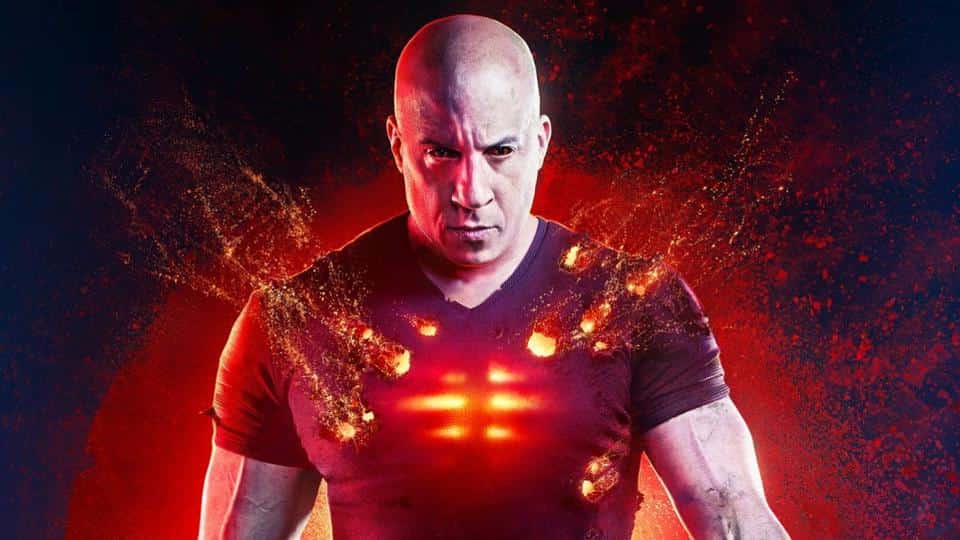 From the very first frames of Bloodshot, it was clear that I was in for a detestable time. A mixture of superhero drivel, Vin Diesel action and sloppy tropes thrown in for no reason. I know nothing of Bloodshot as a character, so this was all new ground for me in experiencing what Diesel could bring to the table. Perhaps he’d bring some fast and furious action, or maybe he’d immerse himself fully in the character he looks to bring to light. Neither happens, and instead he partners up with director Dave Wilson in an attempt to ruin an hour and forty-nine minutes of my life.

Hitting just about every cliché it can within its opening ten minutes, Bloodshot follows the titular character as he attempts to do something. What that something is, I truly have no idea, but I can only assume it involves those nanobyte things from G.I. Joe: The Rise of Cobra and punching bad people square in the jaw. Wilson’s directorial debut sees him craft the story of Ray Garrison; a former marine brought back to life with superhuman powers. Not included in this overhaul of powers is the ability to act, a skill which Diesel lacks and is in desperate need of. He gurns, shouts and punches his way through a script that sees him tear his way out of a super soldier facility in search of revenge for his murdered wife.

We waste no time at all in diving into the expressionless void of this film. Within a half hour, we’re off on an adventure with Diesel, who spends a whole one scene getting to grips with his new found ability to punch things really hard. It’s difficult to attach yourself to these characters. From the get go we’re never really given much time for Diesel to develop his role, and we’re thrown into a rather desperate attempt at playing catch-up with the rest of the ever-growing superhero cinematic universes. There’s a scene early on where Dr. Emil Harting (Guy Pearce), asks Diesel for his name. He can’t remember, and nor could I to be quite honest with you. Pearce continues his trend of appearing in strangely dreadful films, dropping off the map for a decade and not appearing in anything of note since a small part in Prometheus must do a lot to the stability of a man, but he’s probably the best part of this overly dramatic, poorly scripted CGI spectacle.

Such CGI is featured prominently throughout as makeup to paint over a laughable script. Filled with your expectedly predictable one liners, destitute character arcs and unforgivably boring characters, Bloodshot is superhero shlock that doesn’t even attempt to set itself apart from the varyingly boring tropes of the overfilled, demonstrably horrific genre. Scenes can either drag on for far too long or end without a moment’s notice, usually when explaining something relatively important to the story at hand. The pacing is inconsistent at the best of times, with no build up to any of the events on display. Wilson and his cast show a complete disregard for conventional storytelling techniques, which is rather impressive in of itself, but that doesn’t translate all too well to a film that looks to thrive and absorb as many recognisable superhero symbolisms it can find.

This was genuinely painful to sit through, another film for the trash heap that is 2020. Even worse is that they have the audacity to use Talking Heads’ Psycho Killer in one of the most cringe inducing introductions to a villain I’ve ever seen. Bloodshot not only ruins one of my favourite songs, but also ruins an anti-hero from a comic book series I’d never previously heard of. Pathetic. Truly pathetic filmmaking, atrocious on all levels with not a single redeeming quality to it. People that think Vin Diesel is entertaining are strange creatures, especially since his ability to string words together in a sensible, interesting and coherent fashion comes into serious questioning with Bloodshot. An absolute slog to get through from start to finish. Avoid it at all costs.