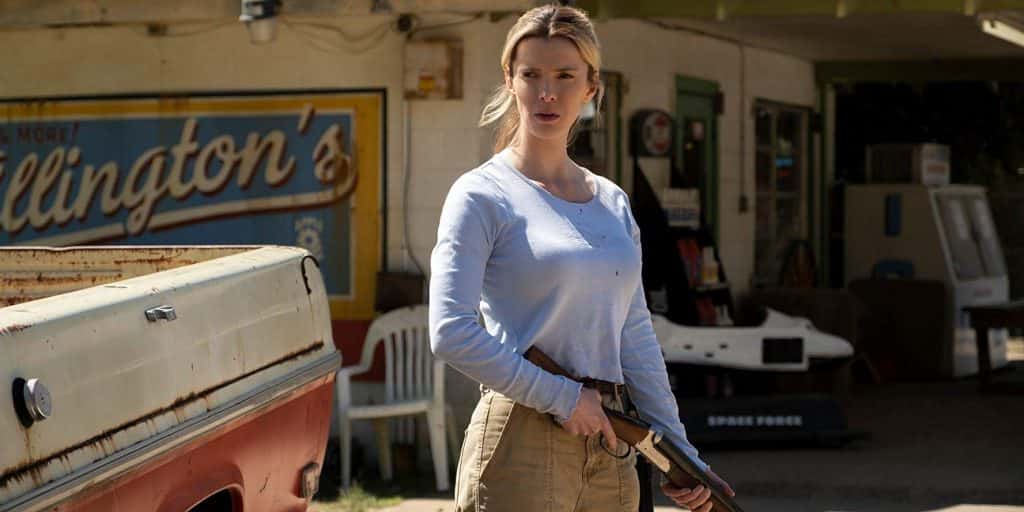 It’s quite the busy time, politically that is. Countries and people are looking more and more divided. The line between left and right is growing, and there are few films that can wholly avoid such a confrontation. Some do it in a headstrong manner, whilst other pieces of film just happen to fall into the lap of certain ideals without really trying to do so. The Hunt is a rare breed of film, one that actively attempts to go for the jugular, missing tremendously as it does so.

Director Craig Zobel brings us an amalgamation of The Hunger Games, modern political musings and self-satisfied dialogue in a truly strange mixture for a thriller. Zobel’s direction is solid enough, he doesn’t present some otherworldly vision, but he gets the job done in a tight enough manner. I can’t ask much more than that, and his direction is consistent throughout, offering up a handful of set pieces that resonated more than I was expecting.

Betty Gilpin stars as Crystal, thankfully making up for her horrendous presence in the soul-crushing Coffee & Kareem. Gilpin’s performance is a strong one, playing a tough as nails character that doesn’t care where she is or why it’s happening. Her performance soon boils down to stone cold silence, grimacing her way through scenes as she shoots, stares and slides her way through scene after scene. It’s a very enjoyable lead performance, one that requires few lines but a plentiful amount of screen time. It’s when Gilpin is given big spiels of speech and reems of dialogue that The Hunt begins to lost its way, the writing is far from the smartest.

I’m not entirely sure what The Hunt is trying to do. If it has a message it’s not necessarily an interesting or well-crafted one, a heavy-handed takedown of the liberal left from a writer best associated with the very same political leanings. Maybe it has no message at all, The Hunt is a film that has been deeply converged in its apparent politics that audiences may struggle to look past it. Either heavy-handed or just blind to its own politics, either way The Hunt is pretty dumb and doesn’t have much to say. The question of whether or not The Hunt has a message or not eclipses whatever message it may have to begin with. Whatever the case may be, the extremely on the nose approach jumps between gratingly obnoxious and chuckle worthy thanks to a few fine performances.

Look past it though, you’ll find a solid enough action horror with a couple of cool set pieces. It’s just a shame The Hunt believes it’s much smarter than it actually is. If it weren’t for its rather pompous attitude and flat-out dumb twists and revelations, The Hunt would actually be rather fun. It still is kind of fun, a nice mixture of little things. A bit pulpy, sort of funny, and unbelievably weird. A film that’s not exactly worth the watch, but if you find yourself with enough time and have exhausted all other forms of entertainment, it’s certainly available.