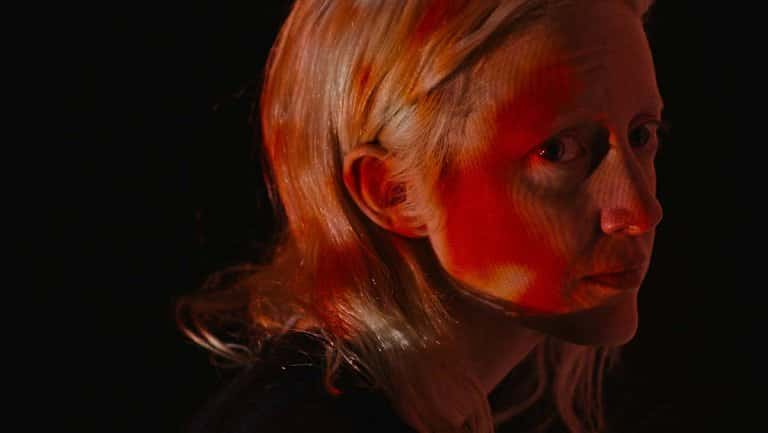 It’s rather easy to write off Brandon Cronenberg’s work as “following in the footsteps of his father”, by all means meant as a compliment, yet a generic comparison between two works that certainly feature some similarities, but not enough to truly make it look as if Brandon is replicating the work of his father. David Cronenberg directed everything from body horror to crime drama, book adaptations to flimsy and forgettable biopics. To compare the similarities between the work of the son and father is a foundationally welcoming idea, but it feels rather insulting to paint them with the same brush, especially when they’re inherently different directors in tone and style. There is no greater example of the hereditary difference than Possessor, which presents us the very best of what Brandon Cronenberg has to offer.

An exceptional cast including Andrea Riseborough, Jennifer Jason Leigh and Sean Bean make up the more prominent areas of Cronenberg’s latest feature. A world where hitmen can possess the bodies of others, leaving a degree of separation between hitman and target. Riseborough’s leading performance as Tasya Vos is captivating, showcasing the mental struggle such a disconnect can make for the personal life of a high-profile agent. It becomes the main feature of the film rather quickly, with the worldbuilding process presented to us in a few, fleeting scenes. Her personal and professional lives begin to overlap in almost predictable and conventional style, but it’s how Cronenberg utilises these similar and welcoming storylines that impresses me most. He carves out an odd little plot from a familiar bedrock, cutting and weaving a harsh and unflinching story.

Vivid visuals float through the film in such a discomforting fashion. Cronenberg’s attention to the vast array of colours is a real credit to the mood of each scene. Bringing to life even the most integral and standard aspects of the experience, the direction wastes no single second, crafting an incredible looking film that also places itself deep in the heart of its story. Investing so much time into the worldbuilding aspects is incredible, it paves the way for some unique visuals and intense special effects. With definite credit going to that of Christopher Abbott in these later scenes, a stellar performance that encapsulates the tone of the film.

The unsettling nature of Cronenberg’s direction lingers on the mind rather well, he seems to have found his footing. A nice blend of forgotten body horror and unconventional thriller tropes, Possession brings out the best in its script, full of harsh narrative structures, cutthroat supporting characters and a leading performance that blends professionalism with desperation.

A chilling thriller that will only better with age, Possessor is a story that gradually spirals in such a tremendous fashion. Exceptionally gory, the blatant successor of his father in some aspects, but Brandon Cronenberg has managed to convey his own messages and meanings with his second directed feature. He shows a confidence like no other, and it transfers to the screen with remarkable success.