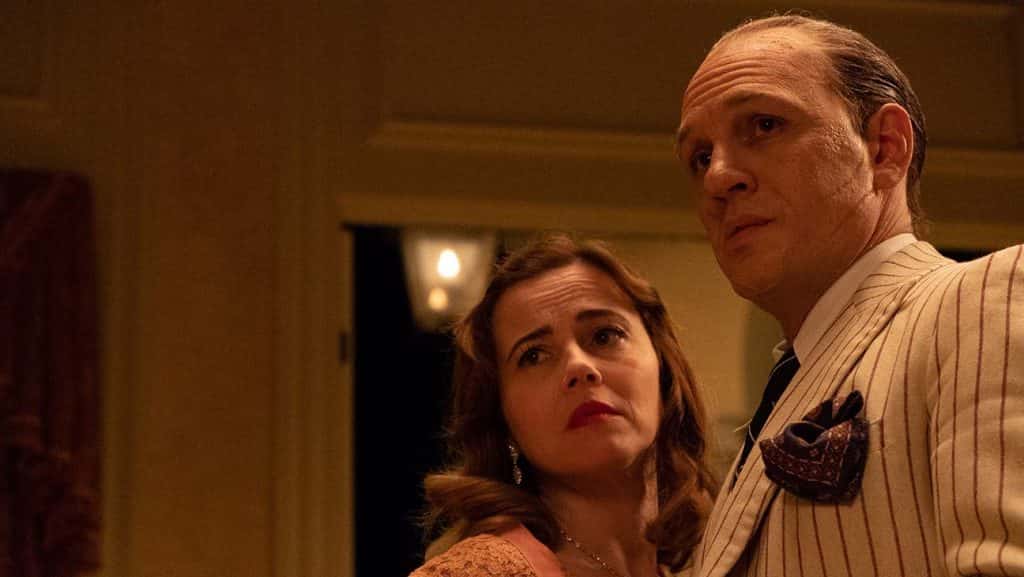 The life and, more intimately, the final years of Al Capone are of tremendous interest to me. One of the most infamous gangsters to have ever stormed the streets of the roaring twenties, Capone is an instantly recognisable figure of a period that rode the high of booze, Tommy guns and affordable living. Why we have yet to receive a competently made biopic of Capone’s life is beyond me, and this magnified look at his final year doesn’t do any better than those already available. Capone is riddled with problems as it attempts to give us a look through the keyhole of Capone’s final year, a dementia riddled brain flashing through his fleeting life of debauchery and destruction.

With Tom Hardy in the titular role, it was sad to see how far Capone could fall. Initially titled Fonzo and set for a big cinema release, we’re now seeing what happens when a lack of faith in director and script takes its toll. Thrown out the door and straight to video-on-demand services, it feels rather apt that the finished product feels a few levels below the quality that can be found on such a shoddy style of release. Never the harbinger of quality, the re-telling of Capone’s final year is fumbled by director Josh Trank, offering up the bare minimum required to piece together a shoddy biopic that, had it turned out with even a single shred of interest, would be perfect award season bait.

Hardy’s performance is surprisingly poor. A quality actor in a great number of starring roles, he never really comes to life in this one all that well. Portraying the crumbling mind of a former swindler, Hardy mumbles and stutters his way through a leading role that doesn’t offer up anything of interest. Leaping from trying to portray the gangster as feeble and mentally malnourished, all the while leaping to as many set pieces and energetic moments as he can, Hardy creates a slapdash of middling responses to the affliction Capone dealt with. There’s not much Hardy can do; he plays a man living through his final days, meaning it’s up to the supporting cast to pool their resources together and come to the rescue.

Shamefully poor writing is perhaps the biggest issue with Capone. It’s extremely generic, a completely standard biopic that doesn’t attempt to stand out in the slightest. Bringing in the likes of Kyle Maclachlan, Matt Dillon and Linda Cardellini, only to waste them as cannon fodder for a shoddy leading performance is frankly embarrassing. Dillon’s performance is the light in an otherwise dark and tragically poor film, his work isn’t anything spectacular but it’s a far stretch greater than anything else on display. Cardellini and Maclachlan suffer the most under this inept script from Trank, a mirage of ideas that never come together.

There are glimmers of hope throughout Capone, which is perhaps what makes it so infuriating to watch. Just when the film starts to get going, when everything is beginning to come together, the writing or direction takes a complete nosedive. The Wizard of Oz viewing scene begins as a rather touching moment, one that gives us a sense of Capone struggling to keep the pieces of his mind and memory together, but it falls apart due to the ingenuine and bland direction from Trank.

A huge disappointment in every sense of the word, Capone is a let-down. Stifle your expectations, disregard any iota of hope you had for this Hardy led film to provide anything more than a hilariously poor adaptation of a superbly interesting story. Dillon provides some credible material, but everyone else flounders around in a film without any single merit regarding its camerawork, acting or direction. Redundant from the very first minute, with such regressive and bland detailing throughout that the best Capone can offer is a completely hopeless attempt at grappling with a story the screenwriter simply wasn’t prepared for.