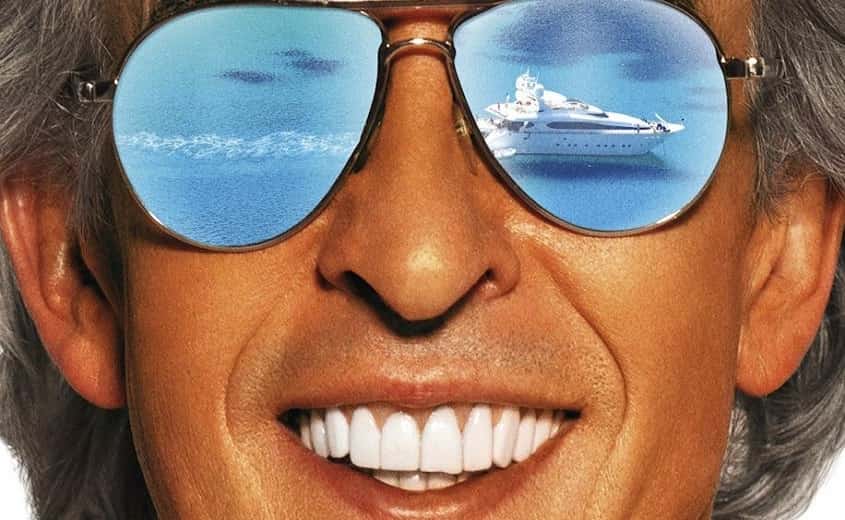 The gluttony and greed on display in Michael Winterbottom’s latest feature film is not limited to the self-satisfied leading character, but spreads across all aspects of the filmmaking journey. Greed is the latest Winterbottom and Coogan tag-team, the result of which isn’t even worth bothering to witness. A dud note from start to finish, a real shame given the talent on display. But it’s the talent that is the problem, amongst many aspects of this mismanaged dramadey.

With such a strong cast, led by the always talented Steve Coogan, Greed bends toward showcasing the rise and fall of business mogul and all-round smug socialite, Sir Richard McCreadie. Detailing his life as he begins planning his 60th birthday party as a means of making amends with tabloid exposure, we follow a quasi-biopic that blends conventional comedy measures with unexpected seriousness. It’s this seriousness that proves so vaguely strange, Coogan blurting out harsh expletives every chance he gets makes for some foundation level comedy, but it never really goes anywhere. There’s not enough fuel in Greed’s tank for it to be anything more than a light-hearted farce, and there’s no point throughout where scriptwriters Michael Winterbottom and Sean Gray convince me that they have what it takes to blend drama and comedy.

Most of their political statements and ideas are on full show, handled with incompetency as we weave through a backdrop of immigration and factory working horror stories. It’s treated with respect, but not with all that much interest. Perhaps that was the point, to highlight that these horrible working conditions are under our noses, to portray it not in the limelight as it never surfaces much in the real world. But the issue there is that the actual interest of the story is buried, like in reality. Film can often be used as a form of tokenism, to provide abject light on a bleak situation. Greed has honest intentions, but flubs far too many times for it to be taken seriously. The ham-fisted approach it takes feels rather strange, the first hour of the film is dedicated to building up the backstory and life of McCreadie, but then the final half-hour shoehorns its political messages, overtones and ideas in with all the grace of a car crash.

In instances like these, we’re usually able to fall back on performance. They’re the glue that holds films like this together. However, in traditional Winterbottom fashion, he fails to muster up enough energy throughout a frankly marvellous cast. David Mitchell dominates more scenes than he should, essentially presenting us with a Peep Show caricature, what exactly would happen if Mark Corrigan ended up a biographer. He lingers in the backgrounds, his inaction frustrating at times, but Mitchell is by far one of the strongest and most consistent cogs in the machine. The rest of the cast falter rather frequently. Coogan isn’t all that convincing as a foul-mouthed egotist, Shirley Henderson isn’t convincing either, especially considering she’s playing his mother. Isla Fisher mopes around a few scenes, no emotion to be found within her performance. Most of the jokes that work within the film come from the likes of Tim Key or the various other talented comedians in the “Oh I’ve seen them before” moments that you’ll find creeping around in Greed.

A half-baked political message made redundant by its mediocre performances; Greed is a complete misfire. It never finds the balance between faux biopic, musing on the dark recesses of capitalism or convincing us that its fictional exposé on a billionaire businessman is not at all based on a handful of figures within the British public. It doesn’t so much blur the line between fiction and reality as it blurs the line between taking pot-shots at businessmen and mediation of the underbelly of ugly capitalist systems. There’s not a moment within Greed which convinces me that it knows what sort of film it wants to be, the few funny moments littered throughout aren’t enough to keep up with the velocity of undeveloped, The Big Short–esque stories. A sad waste of time, pooling together an impressive cast and then doing absolutely nothing of interest with them makes Greed one of the biggest letdowns the world of film has seen this year so far.