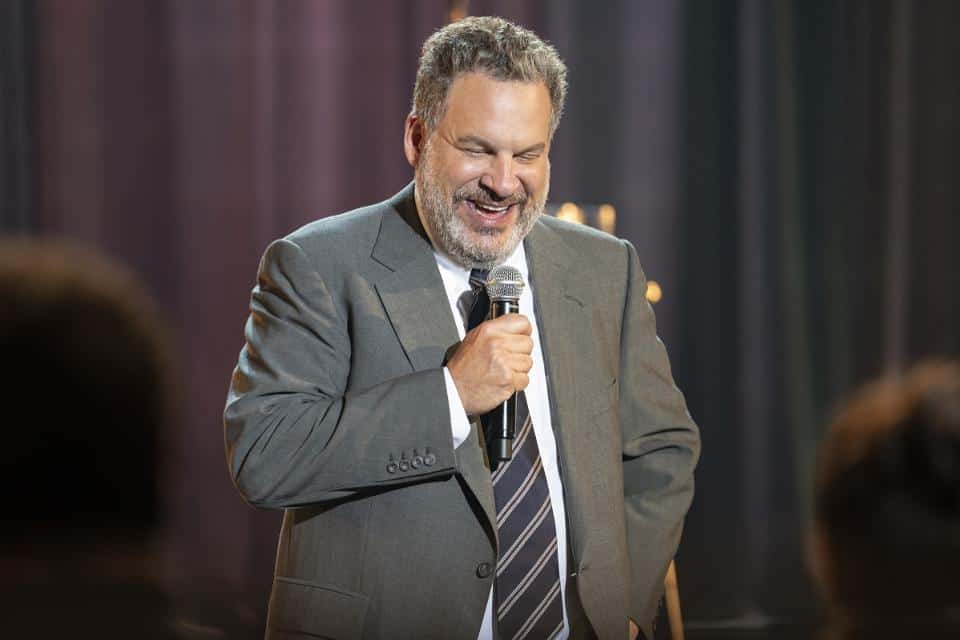 I take it that most audiences haven’t heard of Jeff Garlin. At best, they may know him from Larry David’s mesmerising Curb Your Enthusiasm perfection. Perhaps a few know him from Wall-e as the voice of the Captain. Regardless of where, how, or why you know this man, I bet you didn’t know he did stand-up comedy. Jeff Garlin: Our Man in Chicago released to a miserably silent reception, and having now watched this stand-up set, it’s easy to see why that is. A stand-up special devoid of comedy, that’s what we should come to expect the more Netflix begin to offer us.

Garlin is a certainly funny guy, that much is clear off of his various film and television roles, but he doesn’t exactly adapt all that well to the stand-up format. I assume it’s been quite some time since the man performed in front of an audience at this rate, and thus it makes for an uncomfortable set where we watch Garlin try and find his footing for the better part of an hour. Jokes about dancing, food addiction, love and a celebration of 37 years in the stand-up business. You wouldn’t think he’d been in the business for nearly four decades, especially since this stinks of low rung amateur hour, rather than professional champion of the business.

Perhaps that’s the problem with improv though. After recently finishing Middleditch & Schwartz, I was thoroughly impressed with how improvisational comedy in front of a live audience can be truly spectacular. Reflecting on my viewing of Jeff Garlin: Our Man in Chicago, it’s clear that he’s not performing at the speed which would be expected of him. His improvisation is often fumbled, falling flat at the most crucial of times. Some parts are frankly just rather boring and aimless, leading the audience nowhere but a dead end, and having to backtrack through a minefield of made-up anecdotes.

Jokes that often don’t land, a delivery and voice that will grate on even the hardest of hearing audience members, and for the most part, just nothing much within that’s all that funny. Netflix are thankfully presenting us better and better stand-up specials in the form of James Acaster: Repertoire or even Jim Jefferies: Bare. Either way, our man in Chicago is way out of his depth here. A stand-up special that coasts along on the fluttering chuckles littered throughout, never quite falling to the awful depths you would expect it to, but falling thoroughly short of being anything interesting or watchable.