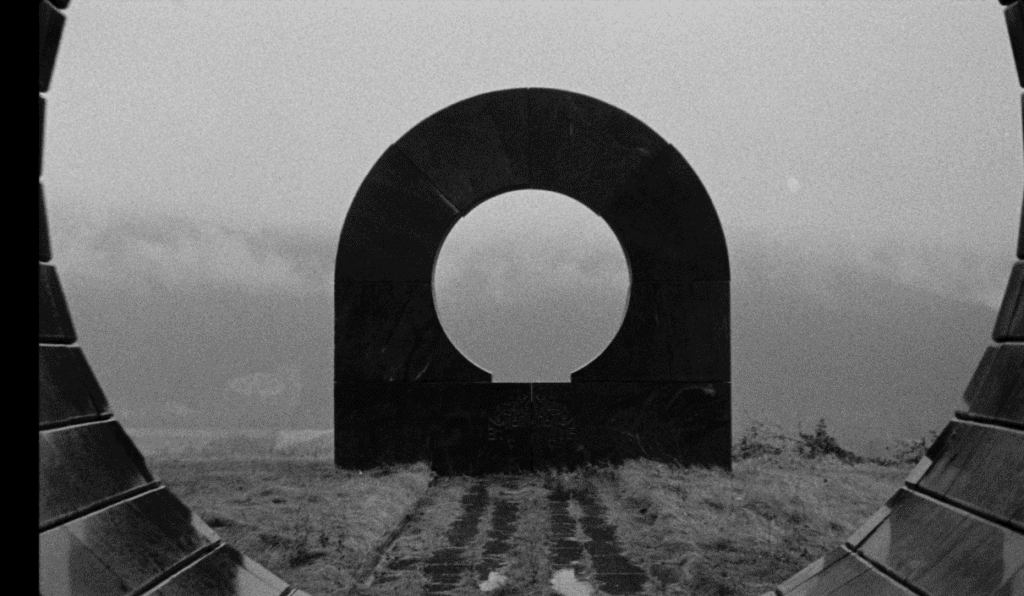 As we trundle along further and further toward the end of civilization as we know it, it’s always interesting to think about what we as a collective culture will leave behind. The final moments of humanity, as we find ourselves on the brink of oblivion. What we shall leave behind matters most, rather than our actions on Earth. Something like that anyway, I assume that’s what Last and First Men is detailing. A lost civilization, a memento for a fictional end of humanity billions of years into the future. The first and only film directed by the late composer Jóhann Jóhannsson, Last and First Men ropes us into a world beyond repair, the bleak nature of life captured in a mere seventy minutes.

Narrated by Tilda Swinton, we glimpse into a future completely phased out of our way of life. The conventions and comforts are nowhere to be found, with Swinton’s dialogue commenting on the inevitable end that follows billions of years of evolution. Shot entirely in black and white, Jóhannsson never seeks out the potential optimism of the future he crafts, he expresses the fundamentals of a society falling out of sync with the evolving world. No characters appear, not even any animals or moving objects, we’re merely left in a void of nothingness, a vacuous spiral into the unknown.

It’s rather beautiful in a way, to dive deep into a film that is baseless and truly unique. We often find ourselves viewing monuments and structures left by this fictional civilisation, Jóhannsson’s creation brought to life by the narration of an astronomically distant speech. Swinton delivers the dialogue with such perfection that it makes for great viewing. It’s just the right length, too, not long enough to leave a wholly lasting impression though, although if it were any longer, I feel that Last and First Men would have overstayed its welcome.

A film with nothing truly going on can only go so far. The artistic merits of Last and First Men are broad, yet at the same time pockets of vagueness make for black spots. Creative visuals and bleak narration make for a beautiful dive into expressionism, but the shortcomings of its more primitive and simplistic direction make me long for more of Jóhannsson’s work. Sadly, it’ll be impossible to see what else he had to offer, and Last and First Men is a gorgeous debut feature, one that leaves a lot to be desired. Well worth experiencing though, a short enough film to take the risk, even if you’re unsure as to whether or not you’ll appreciate or enjoy a slow-burning, narrated piece.