Movie Review: How to Build a Girl 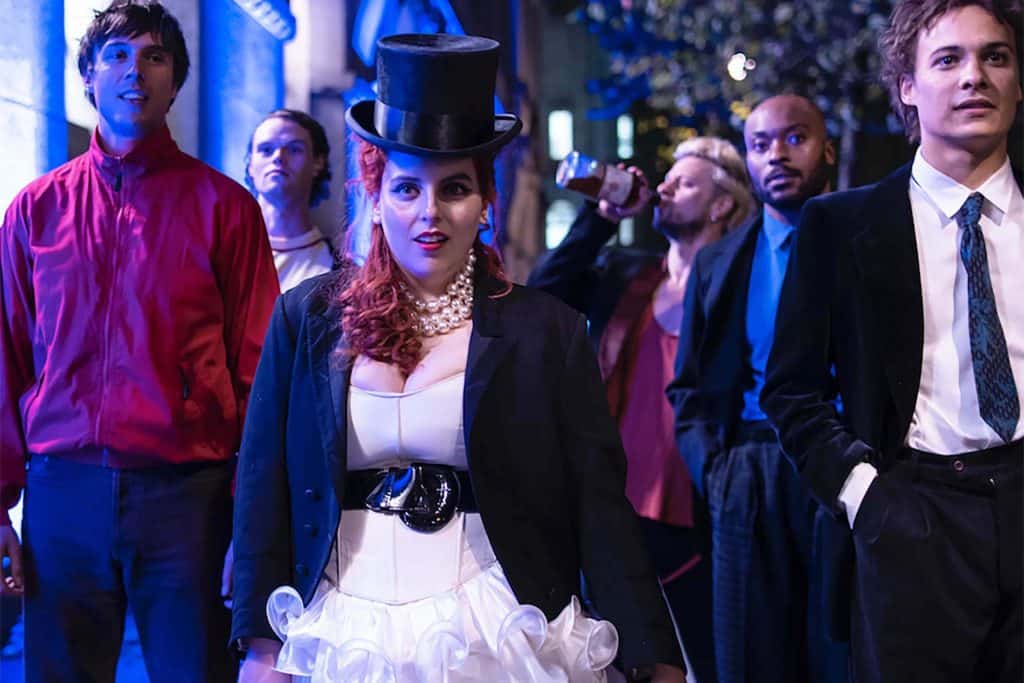 Arts criticism? As a proper career? No chance. What a shoddy idea that I’ve been pursuing for years without so much as a care in the world for my future wellbeing. How to Build a Girl is a rather inspiring semi-autobiographical story adapted from the Caitlin Moran novel of the same name. The latest film from director Coky Giedroyc brings us a solid adaptation of some strong source material.

Having Beanie Feldstein star as Moran is quite a strange choice, one that pays off in the long run, but one that I can’t quite get my head around. Her role here is rather great though, a strong leading performance that does its best with the predictabilities of a script from Moran and John Nevin. Paddy Considine, Alfie Allen and Sarah Solemani provide some great supporting roles too, with Considine bringing about some of the funnier moments of the film and Allen rounding up the typically conventional love story angle.

There are certainly issues throughout, especially with the direction. Blending dream-like states with realism blurs the line between interesting pieces and survival in the cutthroat world of arts journalism with fantasies of love and all the typical teenage tropes. Predictable moments, the highs and lows of every other biopic, alongside pieces of dialogue that just don’t make any sense whatsoever. Perhaps they’re there to heighten the drama, or to throw us off of the scent of interesting plot detail or charming supporting performances.

Films that look to discuss those that work within the pop culture and arts industry are rightly entitled to make a couple of jabs, homages and references to the music and film they are inspired by. But after the first five minutes include two David Bowie name drops, a sighting of Happy Monday, Sigmund Freud and Sylvia Plath, alongside an Elastica song to open us into the film. There are easier, more intuitive ways to present the inspirations of a protagonist. I don’t have a framed photo of Jarvis Cocker on my wall, well, I do, but that’s beside the point. A collage of inspiration on my wall is a rather drab, banal way of expressing the impact of other artists.

I find there are a great deal of similarities between myself and the trends within How To Build a Girl, odd, I know, since I’m not a woman. But the drive to succeed and the frustration that it hasn’t quite happened yet is something I do feel quite a bit. That drive, in turn, is pushed by supportive family, English teachers and friends. In my case, I could credit all three with persuading me to give up all hope of a conventional job and to move forward into arts journalism. How to Build a Girl makes me regret, quite a lot. Moran’s rise to acclaim comes from her ability to write and to write well.

Conventional, cliché, yet wholeheartedly optimistic for those that are interested in following the same career path as Caitlin Moran. My personal interest in this field of work absolutely elevates How to Build a Girl higher than it has any right to be. Pop culture references from a period of music that I’m rather invested in, a career path I’d love to see myself roll down, but on the whole a rather flat quasi-biopic about a fumbled path to the big leagues. Managing to capture the genuine joy of reviewing a gig or screening a film, How to Build a Girl proves more charming than it has any right to be. Charming, if at times a bit stuck in the conventions of the typical biopic and optimism in the face of adversity. I can’t hate a film that reaffirmed my goals, that’s simply not possible, even if there are numerous issues throughout.