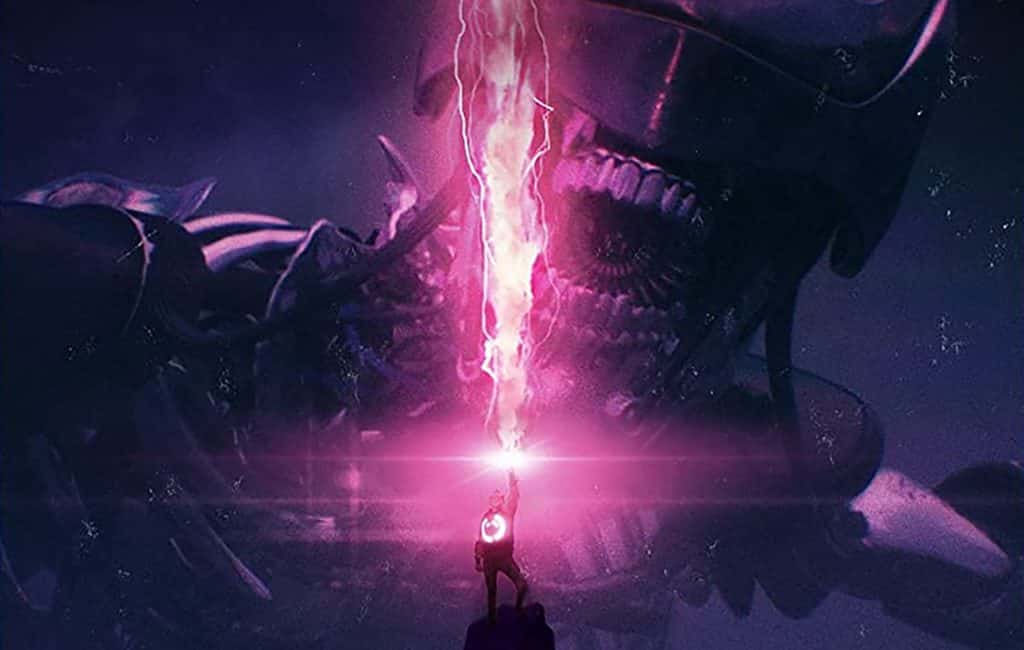 Objectivity is difficult when you dislike the source material. I’m no fan of the band Muse, what with their faux intellect and inability to assemble a proper electropop jangle, their latest works have been middling, lukewarm releases. Coasting off of the relative success of their 2018 release, Simulation Theory, the band get together for a concert film, one that will undoubtedly rival the likes of Stop Making Sense or Pulp’s Live at Reading set. Having listened to two of Muse’s album offerings and feeling doubtful at best about their talents, Simulation Theory seemed like the perfect introduction to the wider range of music they have to offer. It worked for Talking Heads, so it must work for these pop-rock peddlers.

A narrative pencilled into the parts in-between songs doesn’t work all that well. It has the production value you’d expect of a rock band thinking they have narrative interest, but here they use the scattered story to big themselves up, and to inflate their ego. Masked men in radiation suits head into what they deem the “energy source”, which is just the stage that Muse will be coughing their mediocrity onto in only a few, short moments. It strikes me as the style of storytelling those mid-2000s music videos would have to them. When you’d fire up Mr. Brightside or We Are Young and there’d be nonsensical titbits and character developments in a wordless plot to big up the band. Simulation Theory is that, but for an hour and a half, rather than just four minutes.

As for the actual performance itself, it’s not good. Staged on pretentiousness and a love for future-synth pop, draped in middling performances. A reliance on CGI makes this far from feeling like a stage show, closer to a series of poorly thought out ideas that somebody greenlit without really paying attention to. Some scenes are just incredibly cringey, but that’s something fans of Muse have been dealing with since their conception as a band, so those that enjoy their nonchalant, faux electropop, will be right at home. It’s a real shame, though, because lead singer Matthew Bellamy has an undeniably good voice, it’s just a shame that what he’s singing about is typical trash, and has no spirit or emotion in it.

It’ll be an acceptable piece for the few remaining Muse fans there are, but Simulation Theory features a muddled narrative and below-par performances of underwhelming songs. There’ll be nothing here that Muse can muse on, nothing to draw in new or interested fans, because nothing throughout this quasi narratively led concert, there’s no hook to engage an audience with. A sloppy mess of forgettable songs, a bland sci-fi narrative peppered throughout, and ultimately a poorly edited together live show that relies too much on quick-cuts, slow-motion and swooshing great camera pans. It’s a little embarrassing honestly, but, then again, so is Muse.