Movie Review: On the Rocks 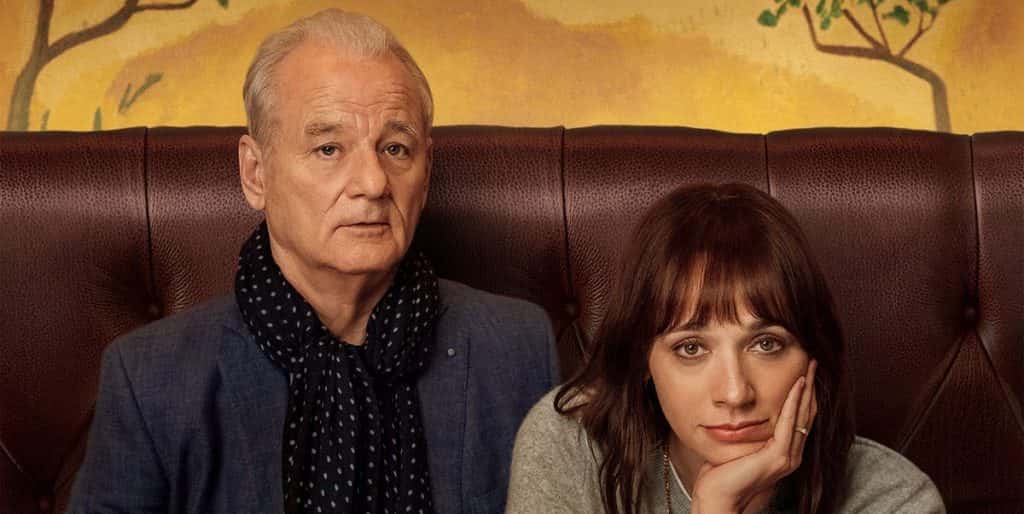 Oozing charm out of every corner, On the Rocks is the latest film by director Sofia Coppola. Her track record hasn’t been the best, but with her latest film, it’s nice to see that she’s not only back on track to making exceptional dramas, but is saving this year from being a horribly dire period for film. A drama committed to detailing a rather brash, evasive father figure, and the one daughter who finds herself desperate enough to turn to him for advice whilst in a brief period of crisis. It’s a film that somehow feels light and articulate, but heavy-hitting and emotionally explosive at the same time, and it’s a marvellous exploration of relationships and stagnant middle-age.

It took some time to fall in love with this one, but the efforts from cast and crew make it worth sticking around for. We follow a woman wrapped up in worry, and her womanizing father. The clear irony of the philandering parental figure, Felix (Bill Murray), giving marriage advice to his daughter, Laura (Rashida Jones), is presented to us from their very first meeting. But the intricacies of their relationship extend further than a ploy to figure out whether or not Dean (Marlon Wayans) is having an affair with a work colleague.

On the Rocks can pride itself on some exceptional direction, positively enchanting performances from a seasoned veteran of Coppola’s craft and a newcomer to the big leagues of Award-baiting roles. It’s a phenomenal mix, and the chemistry between Murray and Jones is fast and loose. Murray coerces that calming whimsy that he can always extract, but it’s watered down by an isolated touch that only a bachelor can bring to the table. Jones is superb, applying herself to a role that feels, at first, rather conventional, but soon expands into something far greater than it has any right to be, the tropes are blended nicely with Jones’ unique portrayal, a comfortable mix to ease us into a story that progresses with a free-flowing, natural pace.

Jones’ role as the writer with an inability to start a new project may feel a bit predictable, but it’s mixed in with the sudden doubts of her marriage. She uses the distraction with a great stride, often pondering whether or not she’s using it to distract from the fear of starting a new project, or merely to satisfy the prying feeling she and her father share. Coppola’s direction here bolsters Jones, a superb performance backed up by perhaps the best work this director has crafted since the early 2000s. Much like the character she frames in her picture, Coppola seems to have been in a creative rut, with the meandering prose of Somewhere followed up with a weak Christmas special for Netflix.

Still, the film is far from perfect, its pacing feels a bit all over the place and the narrative takes a few knockbacks that feel both outdated and predictable. Such is life, though, all dramas eventually feel dated thanks to the ever-changing tide of the culture and world surrounding our characters, and On the Rocks finds itself at peace with its loose structure, waddling from one injection of heightened drama to the other. It’s a comfortable piece, the style fits the performers like a glove, and it makes it that much more palatable. Far better than it has any right to be, and one of the stronger releases we’ll see from this year.