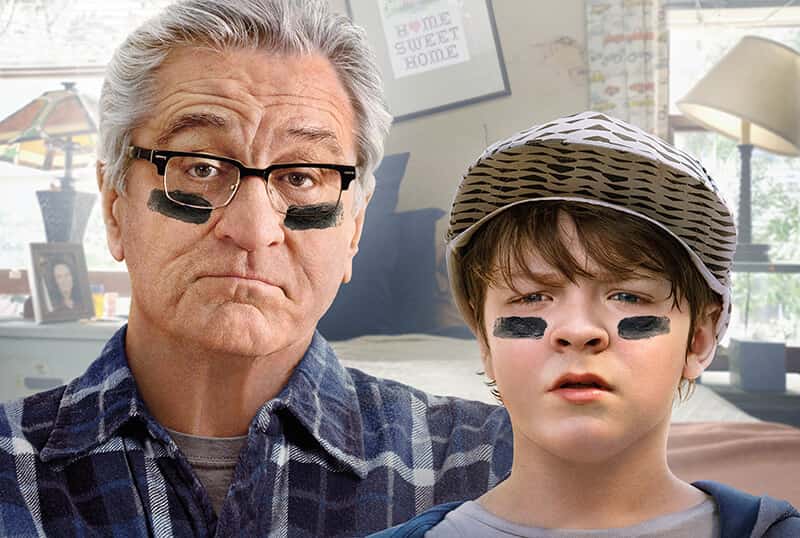 How the mighty have fallen and so on, Robert De Niro’s leading performance and inclusion in The War with Grandpa is probably the strangest thing to happen this year. Still, for such a big cast, littered with the likes of Uma Thurman, Christopher Walken, and Jane Seymour, this Tim Hill directed piece is a horror show, one that will test the patience of audiences young and old. Still, we can expect only rock bottom from the man that directed Hop and Alvin and the Chipmunks, it’s a genuine miracle that, upon starting the film up, it didn’t just melt my computer. I would’ve preferred it had, honestly, it would’ve saved me the ninety minutes of torture that await me every time I fire up a release from this year.

Frank Sheeran (De Niro), seemingly tired of painting houses, instead builds them. He’s changed his name to Ed and is now living with his daughter, Sally (Uma Thurman). Now in his retirement, he finds himself at war with his grandson, Peter (Oakes Fegley), with the two fighting over who should keep the only available bedroom. Such a basic plot, but with plenty of room to grow and expand in the most outlandish and engaging of ways. Inevitably it doesn’t go that way, but this is the sort of film I’d enjoy if I were a decade younger. Even then, I don’t think I’d have been completely entranced by a film that spends an hour torturing its protagonists, and then a half-hour torturing its audience.

It’s a family comedy film, with some very littered dramatic aspects hidden throughout. They’re uncoordinated, with pop culture references and brand sponsorship lathered on the top of a script that offers up almost nothing in the way of originality or fun. Obviously, I’m not the target audience, but then I don’t know who the target for this film is. You’ve got a child terrorising an elderly Oscar winner, with pranks right out of your least favourite children’s television show. It takes a wild turn, when De Niro ups the stakes by making a declaration of war, drafting rules of engagement, where ultimately, he turns a harmless series of childhood pranks into a re-enactment of the Korean War, all taking place in the confines of suburban America.

Full of stereotypical nerds, awful character arcs and, worst of all, Rob Riggle, The War with Grandpa is a banal, overwhelmingly dreadful piece of film that should never be witnessed by anyone. Enter this one for De Niro, but leave it knowing that, in the twilight years of his career, this is the sort of film he’ll be doing for years to come. It’s no The Irishman, but at least he’s not struggling under a thick coat of CGI in this one. Even then, with all the issues this film faces, it’s oddly engaging. Completely flat direction, but with enough boyish charm the likes of Dennis the Menace and Home Alone had to offer, and in that regard it, it is somewhat enjoyable. But even then, it’s just Home Alone for the zoomer generation. With poor quality poop jokes and underwhelming performances, The War with Grandpa seems to mark the next assault from Tim Hill on fans of cinema.