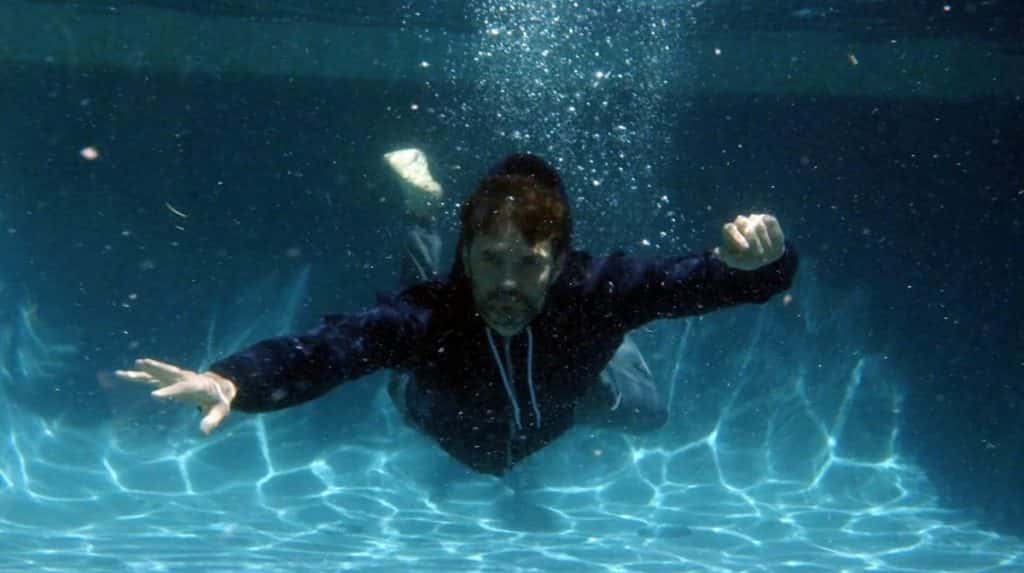 There’s a lot to unpack with Poor Greg Drowning, none of it good, but there’s certainly a lot. Quantity beats out quality in this directorial debut from Jeffrey Scott Collins. Greg (Graham Sibley), a lonely love addict always looking out for the perfect partner, must find himself a roommate to help him pay his rent. The plot doesn’t matter, as it falls to the wayside immediately, failing to keep its head above water. The basic, cliché moments of the genre are implemented with such inarticulate, primitive ways, it becomes an annoyingly dense experience, rather than a film where audiences can feel the safety of a silver lining.

With static direction filling the void that is this Collins penned piece, Poor Greg Drowning is a film that thinks the funniest joke of all is to pepper a sentence with swear words, rather than to write articulate or thoughtful commentary. Consistency is nowhere to be found, leaping from an animated introduction to some horribly framed, amateurish performances from leading man Graham Sibley. He’s not a convincing lead, not just because he can’t act but because he’s not given any sense of character growth or direction. He simply staggers from one horrible joke to the next, filled with clips and gags that feel better suited to the early era of YouTube. Low budget sketch-show levels of entertainment value, but without the punchlines or sharp writing needed to make Greg anywhere close to likeable.

Shot with such a low quality of production value, the static cinematography as we cut between three different camera angles, Poor Greg Drowning can’t make itself work on a technical level. All the common tropes of a film attempting to be edgy are featured throughout. Narration from a fairly well-known actor (this time Cedric the Entertainer) that presumably needed a quick monetary injection and took on the first project they were offered, and a whole string of amateurish choices. I can forgive a few moments, where the inconsistencies of Jeffrey Scott Collins’ direction comes down to lack of experience, but there are textbook examples here that highlight exactly what a director should try and avoid.

The petulant vices of our leading man carry on for far too long, though, and there’s no growth to be found within his whinging and whining. Poor Greg Drowning is a film that doesn’t have any idea what it wants to do with itself. It hopes to ride the coattails of the many, better films it mentions. Posters everywhere for Annie Hall and I Love You, Man litter the walls of Greg’s apartment. Although to some degree I think he draws interest from the most prominent poster of all, Lets Be Cops, a film almost as bad as Poor Greg Drowning. Poor is certainly the word I’d use to describe this messy, inarticulate flop.