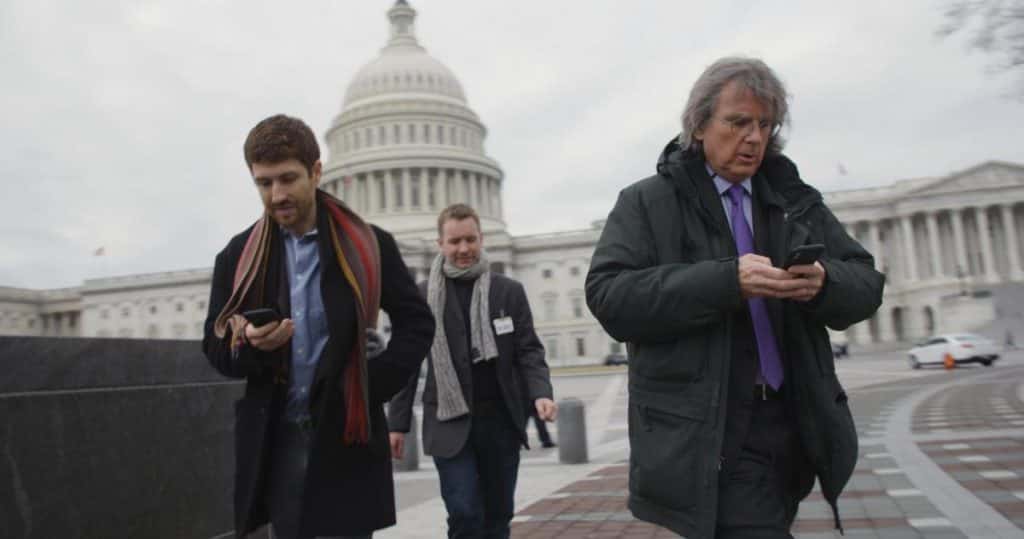 The stock music cues, the foreboding horrors that await around every corner, The Social Dilemma doesn’t try and convince its audience that it’s on the fence about the dangers of social media in the slightest. Any sort of unbiased collection of thoughts is completely wasted, useless as director Jeff Orlowski starts off on the “all social media is a wholly negative experience” foot. Still, we persevere, pick up the pieces of an already dense narrative, and make do with what we have. Which, in the case of The Social Dilemma, is very little.

For the first two minutes, we get a cavalcade, not of moving procession, but montage-like shots of individuals who were instrumental in creating the technology we rely on today. It all feels a bit polished and formal, with each interviewee listing off their CV in as fast a time as possible, the man who co-developed Google Drive, the former President of Pinterest, ex-employees of Twitter, Facebook, and Google, there’s a hefty amount of experience here. Individuals who were cogs in this villainous machine at one point or another. As they’re keen to point out, nobody intended for the dangers of social media to crop up, nor is there one singular villain of this story. They give us The X Factor treatment, the interviewer asks what the problem is, and then spends an hour teasing us with the rather simple answer.

But it’s not all documentary, there are brief interludes of awfully dull dramatizations. Mixing it in with real-world news stories and worries of the general public, you have a product here that baits those on both sides of the debate into responding. I truly believe that, deep down, there’s a moment of discussion-worthy to be had here. How our mental, and even physical health is impacted by social media should be drawn upon more in civilised debate, The Social Dilemma is simply not the place to do that.

Critical of what we say, who we speak to, and where we get our news from, it’s ironic that The Social Dilemma doesn’t have enough engaging moments or factual relevance to convince its audience to trust in the picture. A hybrid that has neither anything interesting to say or something engaging to draw audiences in. The mental health angle is trained in on with such intensity, but is lost entirely under a thick coat of outdated messages that warn us of the deepest, darkest recesses of the internet. An out of touch reminder, especially considering those dark recesses of fake news, misinformation, and horrible consequences have already encroached on the mainstream. The Social Dilemma isn’t a step or two behind the current climate, it’s leagues behind.