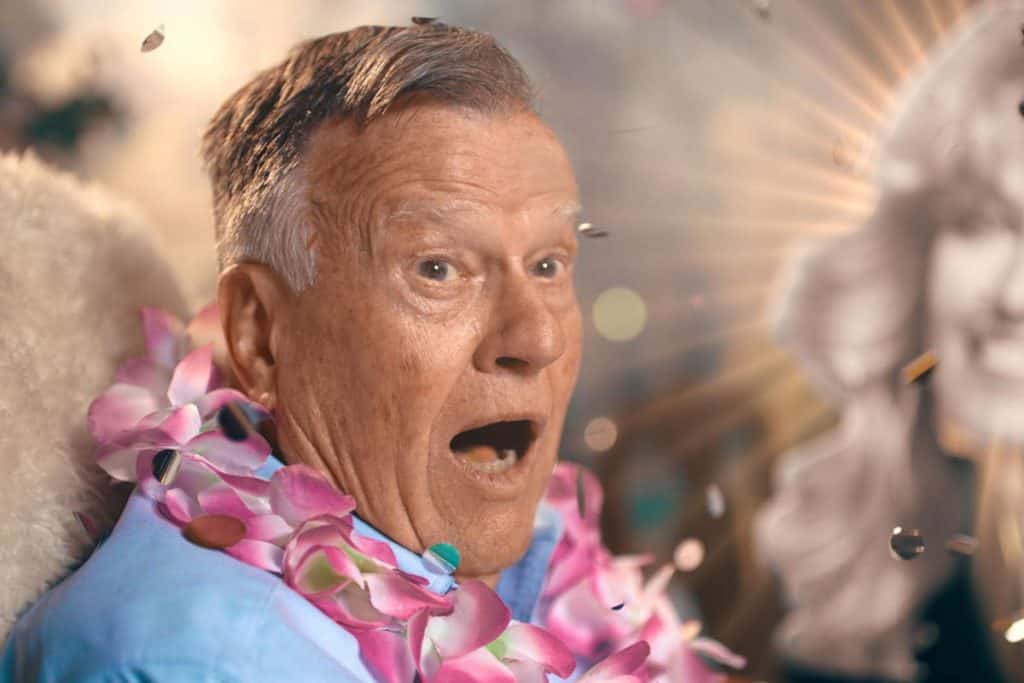 Dick Johnson is dead. Sort of. Its title explains its story, motif, highs and lows. Everything you could need to know about this documentary from filmmaker Kirsten Johnson is found right in the four words lovingly placed on this latest Netflix piece. Wanting to remember the final days of her father, Johnson and her father, the titular Dick Johnson, set off to make a series of short movie clips detailing the different ways Johnson could lose his life. Coming to terms with his dementia diagnosis, all whilst having his daughter follow him around with a camera in tow, we dive deep into the life of a man who has seemingly accomplished all he would like to, reflecting on his career, marriage, and children.

With the biggest strength of the documentary being the likeability of this father and daughter duo, the more creatively stylish moments are far more entertaining than they should be. Depicting Johnson’s various accidents, but incorporating them in such a way that they could, to the untrained eye, seem like genuine articles, Dick Johnson is Dead does more to invigorate and excel the standard of documentary filmmaking than anything else in the past five years. We see Johnson enter the pearly gates of heaven, how he imagines paradise, which mainly consists of having socks without toes for feet which are consistently washed by a man who vaguely resembles Jesus, having dinner with Buster Keaton and various other celebrities that have passed on, and lots of Luau party flowers.

The inevitability of life coming to a close is mused on with such detail here, a real testament to how powerful and engaging a documentarian Johnson is. Fact and fiction are blended entirely, it’s difficult to know which moments are genuine and which are mere fabrication. Confusing as it may be, it does feel relatively intentional, a documentary that doesn’t stick to the long, narrow path of success, Dick Johnson divulges its audience with the many “what if’s?” of life. A daughter wanting to remember her father in a unique, special way, that’s the end goal of Dick Johnson is Dead, and as far as I’m concerned, it does just that. A memorable tribute to a man who, at the end of it all, may not even be dead. The relative wellbeing of the subject matter is cast aside, it matters not whether Johnson is dead or alive, all that matters is that he is remembered.

I can’t say I’ll forget the name Dick Johnson anytime soon. Enough to make even the stoniest of hearts break, Dick Johnson is Dead is a touching, fascinating endeavour into how we preserve and remember the loved ones we’ve lost along the way. It shows a man at the end of his days, knowing he will die, and having a bit of fun with the time before it. An odd, but touching portrayal of grief and love. Dick Johnson is Dead will yank at your heartstrings from start to finish in this brilliant, tear-jerking piece.