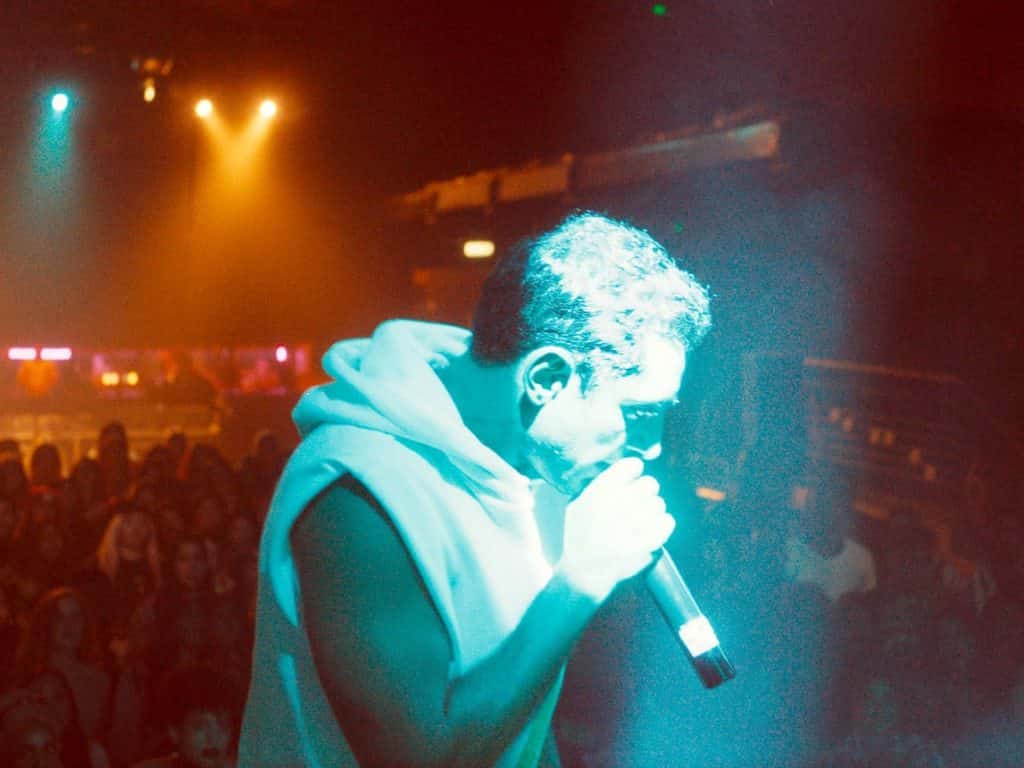 I am truly fascinated by certain performers. Musicians who, for better or worse, are more interesting than the product they craft and release to the public. That may just be a ghoulish by-product of being in the vicinity of tabloid newspapers, but we’re all a little nosey from time to time, especially in the lives of those we may look up to or down upon. Mogul Mowgli captures the behind the scenes shock value with this fictional portrayal of a rapper on the rise to international fame, suddenly struck down by a serious, rather sudden illness. Moving back in with his family, Mogul Mowgli muses on the differences between newfound success and family traditions, as Zed (Riz Ahmed) walks the line between these two demanding sides.

A superb leading performance from Ahmed should have been expected from the very first moments of the film. He manages to rush through the tropes of a spoilt, frustrated music performer, his irritation bubbling over and pushing out onto his friends and manager. It doesn’t come across as boyish entitlement, though, Mogul Mowgli makes a point of showcasing the talent Zed has, and as he spits bars every other scene in these early moments, you get a sense for his talents and the conflict swirling in the back of his mind. It’s a man getting back in touch with a past that he has neglected, either out of embarrassment or simply because he doesn’t have time. Recording his early mixtapes over traditional songs from his homeland, and the look of fear in his eyes when his new life bleeds into his old, it’s a touching, poignant scene that allows the message to flow out of its performers with incredible ease.

Visuals that stride confidently around the screen, the link between Zed’s childhood and the anxieties of his present collide with one another. A great handful of hallucinations and vivid imagery make for a terrifying conclusion to these feelings. The audience stand on a viewing platform, looking down at spiralling rapper desperate to resume normality. The hallucinations and visions begin to take centre stage, often detailing the mindset of our characters or allowing the story to flesh itself out. At times these visions produce a story that simply wouldn’t survive without these surreal injections, but others bend the fabric of reality, the film soon turning into a tornado of symbolism, poignant messaging, and can’t quite hone its focus by the end of it all.

Between this and the soon-to-be-released Sound of Metal, it’s looking like Ahmed’s time to shine. Mogul Mowgli is a touching portrayal of illness, faith, and how the two can spur emotive responses and recollections from those that have abandoned their family’s values in the face of fame. A man with real potential, afflicted by an illness that prevents him from doing what he was born to do, stifled further by a family that feel he should respect the traditions he was brought up in. It’s a sensational achievement for Ahmed, who dominates the screen in his finest performance to date.