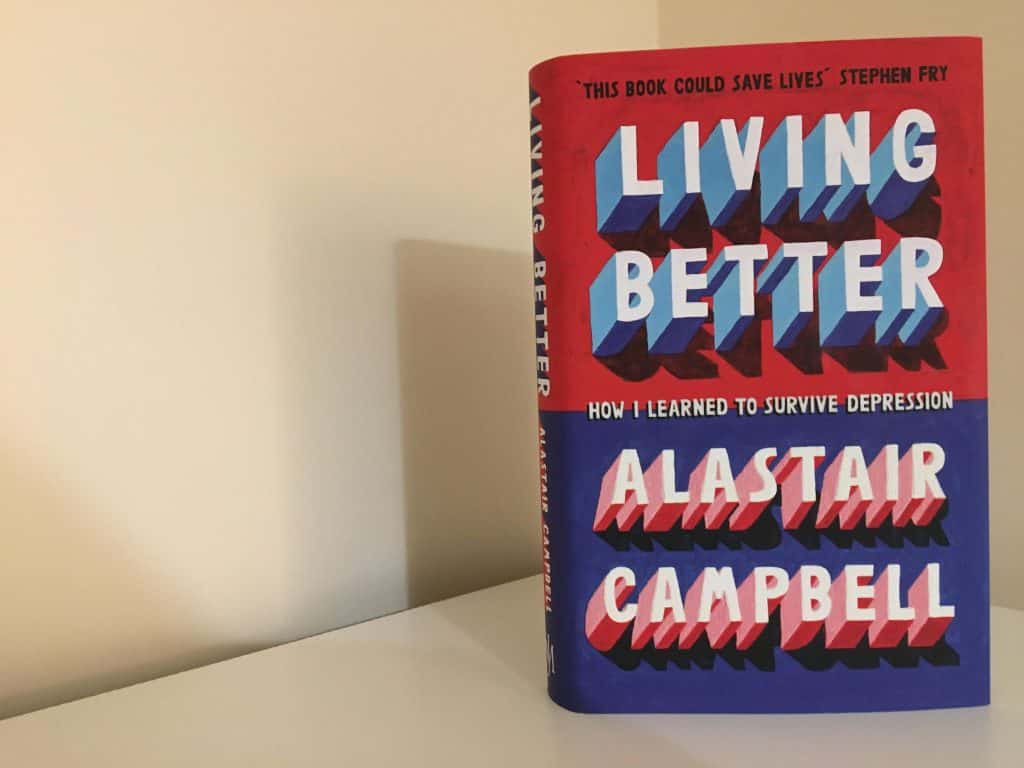 Our wellbeing and emotional happiness should take precedent over work and superficial titbits of life. It’s easy to say such a thing, but near impossible to act on. Former spin doctor Alastair Campbell reveals his battle with depression, and how he’s living better in his latest book of the same name. At a time where the mental health of many is under consistent strain, Living Better couldn’t have released at a better time.

Part autobiography, part mental-health guide, Campbell’s writing blurs the line between personal experience and fact-finding expedition. There are attempts made consistently throughout this piece to do away with the taboo of talking about your mental health. For that, Campbell should be commended, especially after generations of “manning up” or “putting the right foot forward”, he attempts to undo some of that damage by giving thoughtful recollections of what addiction, depression, anxiety, and workaholism entail.

Quite a loose narrative appears from time to time, and some chunks feel a tad forgettable. Campbell details his early life and relationship with his brothers in vivid detail and a level of honesty that surprised me, but the latter half of the book feels rather underwhelming. Pacing does feel like an issue to some degree, with some chapters ending far too soon, others eating up whole swathes of paper. There is certainly value to be found within, but much of it comes from the odd line here or there, rather than the chapter on the whole. It’s worth digging through the build-up to see what pay-off there is. Some advice feels rather obvious, but without the explanation before it would be just an empty gesture, so it’s nice to see Campbell explains the simplest of quips used when combating stigmas surrounding mental health.

Our mental health and emotional wellbeing are unique to us, it’s an individual experience and no two people will be identical. Living Better does a good job of detailing that, offering up a wide array of helpful tips or medical procedures available to those suffering. Campbell offers up a deep-dive of his mind, in the hopes of helping someone else. An admirable attempt at guiding those who need a little bit of help.