Movie Review: One Night in Miami 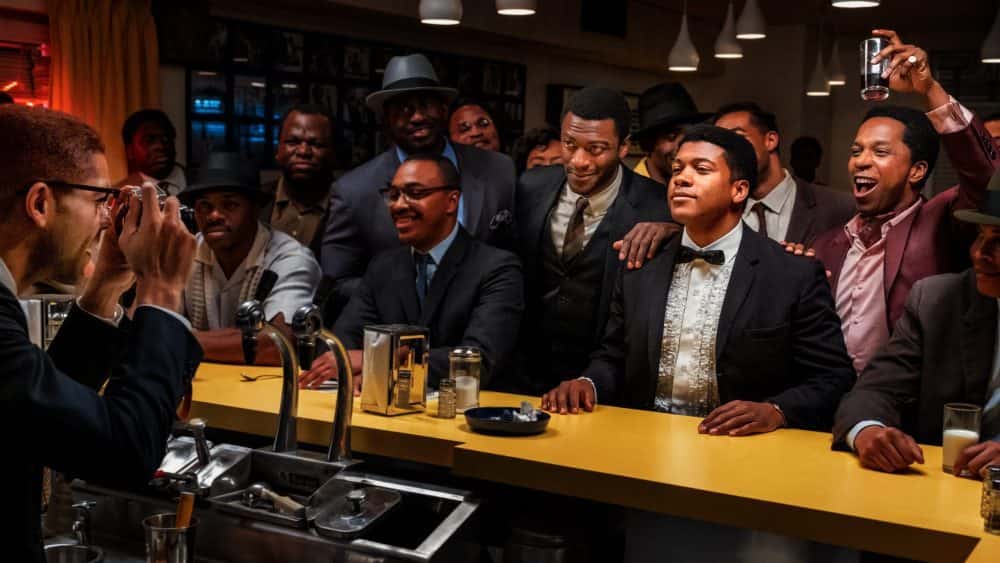 Converging on a period of political and artistic inspiration, One Night in Miami is in the right place and period to give a delicate, promising message that will appeal to the modern messages of politics. Director Regina King assembles a tremendous cast to do so, but isn’t in the right frame of mind to follow up on something that could be considered interesting, let alone poignant or engaging. It’s a real shame to say that, but with the talent attached to this project, you should expect a film that truly desires a near-perfect storm captured with grace and style. This film has neither, a plodding narrative making way for simplistic performances and flat direction. A truly, truly disappointing farce, one that may provide the biggest disappointment of this year.

Immediately striking up its charm, One Night in Miami starts with somewhat shaky appeal. The pacing is all over the place. Within ten minutes we have the film trying to establish three of four leading characters, none of which are presented as wholly interesting. At least the performances are from likeable, talented individuals, who do indeed bring honest intentions to their roles. Kingsley Ben-Adir’s personification of Malcolm X is a strong one, he blends the personal life and activism Malcolm presented throughout the tumultuous 60s period, but blends it well with the performers around him. There’s no denying the sleek chemistry between our leading quartet, but it wavers from time to time under some unimpressive moments of weak tension.

The writing feels rather regressive at times, odd considering this is a film about pushing forward with progress and not stagnating in ill-thought ideals and poorly explained speeches. I wish there were more to say about this one, but One Night in Miami leaves me lost for words. A film that has all the right pieces there to make something truly memorable and jarring at a time when we need such a message most, floundering completely in its period, lost to a wave of Bob Dylan and jagged political activism. One Night in Miami doesn’t have what it takes to go deeper, it meanders around for hours, looking for some inspiring moment to use as a beacon of hope. I feel King believes she finds this moment often, but there’s never a moment that inspires or entertains either political or personal beliefs of its director.

A stagnant period piece that sees our leading character brushing shoulders with prominent members of political history, One Night in Miami is exactly what you’d expect for a look back at the early 1960s. It feels like King is yet to find their voice as a director, and instead offers up a rather bland, yet solidly performed piece that will have no trouble killing an hour or two. Neither innovative or offensive, One Night in Miami is completely standard, detailing an important, sensitive topic with little grace or uniqueness.