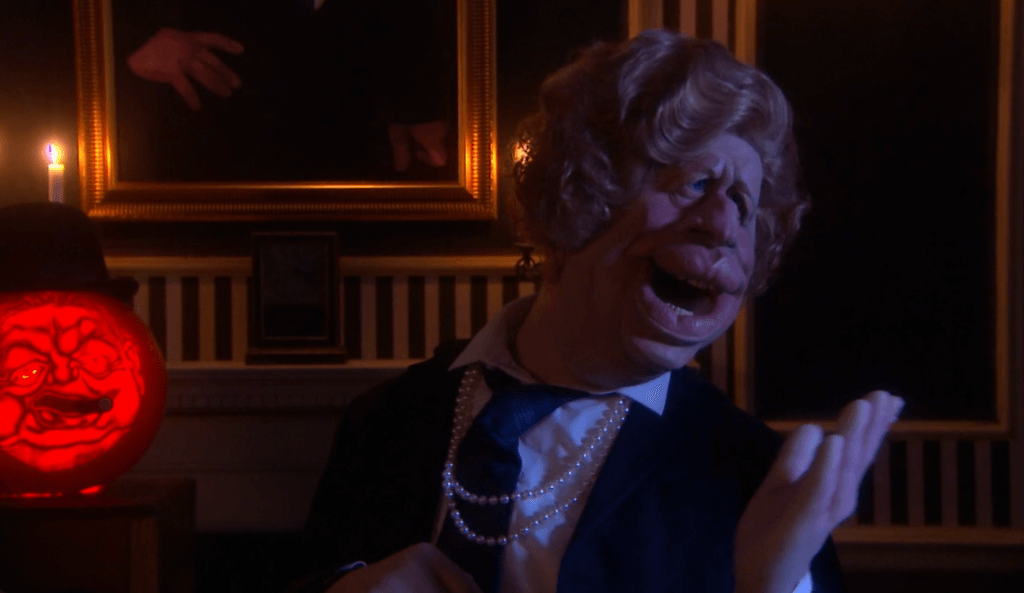 With an election encroaching on our minds with every passing day, it’d be futile to stop the steamroller-shaped beast heading over the horizon. Spitting Image and its current-year revival has been incredible in replicating how we all feel. Miserable. A remake that can’t hold a candle up to the original, but has clearly had a couple quid poured into it, and has no choice but to soldier on and make do with a bad situation. Doing its absolute best to muster some courage and take on the mighty titan of U.S. election week, Spitting Image doubles down on the weakest moments of the show so far, in a measly attempt at sticking it to both hopeful candidates.

The quick, seconds-in-length opening sketches get weaker by the episode. This week, we devolve to punching Prince Andrew in the face with a boxing glove enclosed in a present. I’m sure there are many who would love to deliver swift, fist-oriented justice to Prince Andrew, but the lack of credible writing and the suddenness of it all again showcases the inability to capture political satire. These should be swift jabs at culture, not literal punches to figures in the public sphere. There’s a large difference between criticising an event or personality, and just giving a sweeping joke that will appeal to the masses. As for the few jokes that are recurring, they’re limited in their abilities. Jared Kuschner’s head falling off has ran its course, especially since its use is shown multiple times per episode.

Surprisingly though, the British segments are great. A Halloween séance to summon the spirit of Margaret Thatcher makes for a thoroughly great scene in which we get a cross between Boris Johnson and The Iron Lady. Her suggestion at abolishing the North, and chastising MPs for their ridiculous notion of leaving the European Union, is gold. What isn’t great, however, is yet another piece of plagiarism. Kier Starmer thinking of becoming a Fox-themed vigilante of the night strikes extremely similar to that of Michael Heseltine’s character development in the original.

What becomes clearer and clearer is that Spitting Image is engaged enough to write about content in its own country, but struggles greatly with anything across the pond. If it’s not Boris Johnson faffing up something or other up, or Dominic Cummings’ head convulsing in other-worldly horrors, then it’s not worth watching. Mark Zuckerberg, Jeff Bezos, and Richard Branson all make their debuts in this episode, so there’s enough content here to terrify even the bravest of viewers.