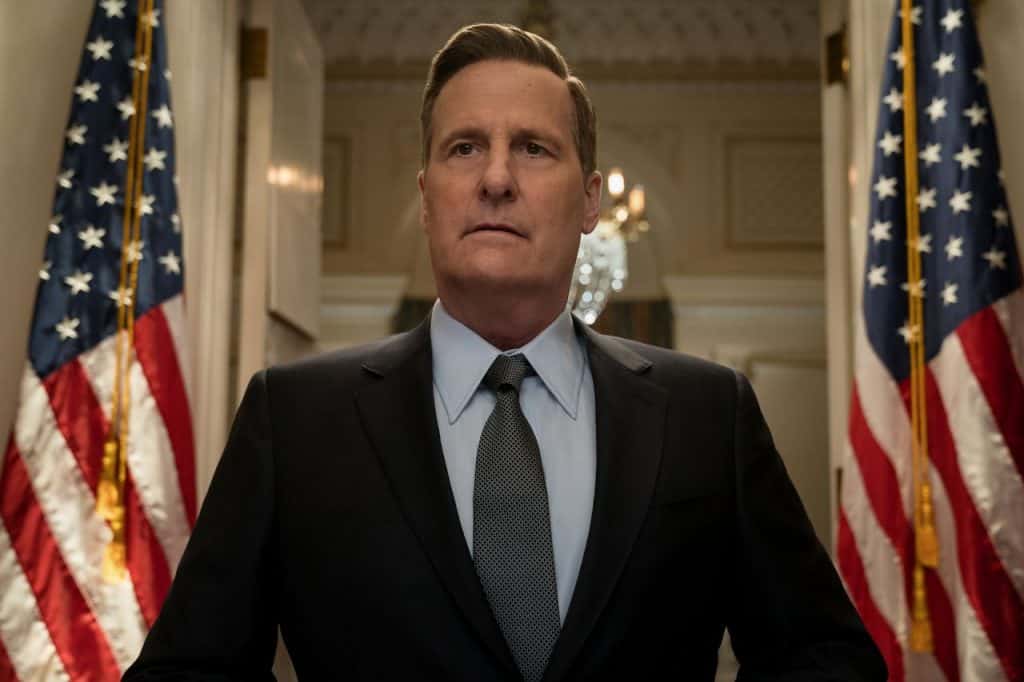 Any story that opens with Stephen Colbert explaining the story we’re about to see with a Harry Potter analogy is a sign of things to come. The Comey Rule looks to scrutinize and analyse the recent events of James Comey’s dismissal from his position as Director of the Federal Bureau of Investigation. Those from across the pond may not know much about this case, I certainly don’t, but that won’t stop me from diving headfirst into this political thriller from the brainboxes over at Showtime. Modern politics hasn’t been this divided and tense before, so it’s ample breeding ground for limited series runs like this.

Jeff Daniels provides an amicable performance as Comey, he already has experience in this field of political performance, his leading role in The Newsroom seems to have nabbed him the lead role in The Comey Rule. That’s what working with Aaron Sorkin will do for your career I suppose, but I wouldn’t say this is the best advancement for Daniels’ career. A real hack job here, everyone comes out of this looking awful. A performance that sways to the ridiculous, sweeping statements made to either defend Comey or explain away political anomalies and mysteries, The Comey Rule spirals into rather clear, poorly formed political bait that will do little to appease either side of the debate.

There are oddly poor moments throughout, it feels very mundane and rather boring from time to time. Lots of buzzwords about “chatter” in terrorist circles and “operations” on preventing them. Nothing here is anything out of the ordinary, a squeaky clean, Sorkin-wannabe piece from writer Billy Ray. He seems finely tuned to mediocre American news pieces, penning the forgettable Richard Jewell earlier. Only twenty minutes into this episode we see two Russian hackers meet to briefly talk about how big an influence social media is on people’s opinions and voting. The writing feels about four steps behind with reality, and in its place comes a script written for a very specific branch of idiot, someone looking for a completely placid piece that isn’t bold enough to pick a side, or smart enough to give a balanced debate.

A first episode that takes place in his inaugural case of breaking the Clinton email drama, The Comey Rule is sleek, by the books, and completely bland. Lifeless at the best of times, it drags us kicking and screaming through an amalgamation of real-world interviews and actors bringing together what Ray and his writing team believe happened behind the scenes. Just heads mumbling at one another, sometimes getting angry and making sweeping statements about some recent history. Asinine, bland, and completely inarticulate when it tries to break through its stifled pacing with what little courage it can muster. Horribly weak, and I fear the second episode will fare no better.