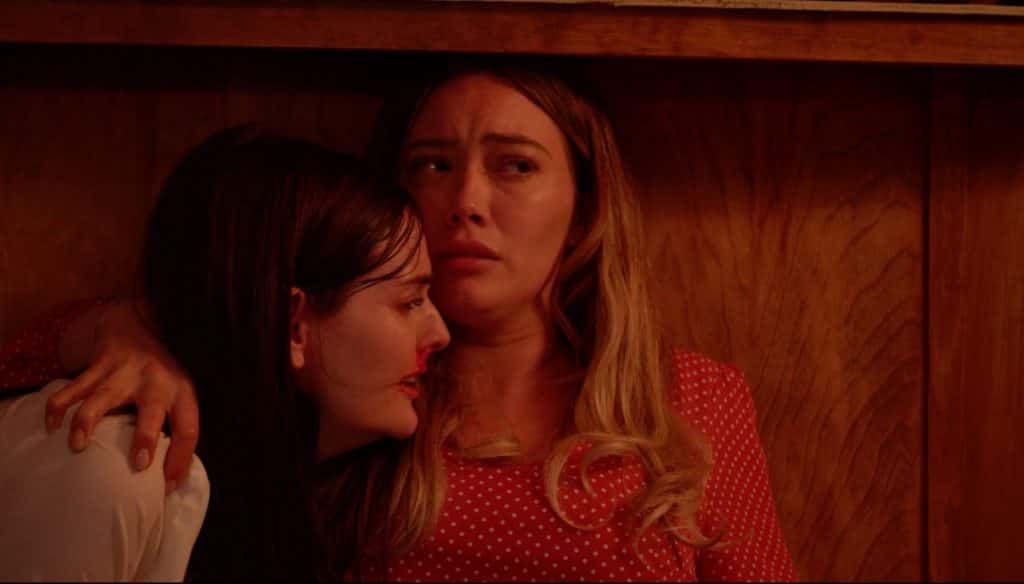 Cashing in on the release of Once Upon a Time in America’s subject matter, The Haunting of Sharon Tate is a release no man, woman, or film fan should witness. It is the lowest rung of the ladder when it comes to filmmaking. My hope in this being something that isn’t insultingly disgusting ebbs away the more I read of this film’s blurb. After witnessing it for myself, though, I can safely say that this disgusting piece of vile, cash-grab nonsense, with its insulting prose and incompetent direction, is nothing short of a complete disaster. Not just repugnant on a moral and ethical standpoint, but also devoid of any competence from a filmmaking perspective.

It’d have been foolish of me to expect quality from this, I didn’t enter this piece thinking I would receive anything engaging. This was a palette cleanser for the week ahead, something so disconnected from quality that I would have no problem praising even the blandest and cliché of inarticulate, Hollywood nonsense. The Haunting of Sharon Tate has cringe-worthy dialogue, making the most amateurish of student films look like masterpieces in their own right. It’s a film that speaks only in nonsensical anecdotes and metaphors, there’s no substance to any sentence uttered by this worthless, gutter trash cast and their stupendously dense director, Daniel Farrands, at the helm of it all.

An incompetent director helms this one with an ability to show how horribly bleak and uninspired his direction is. Dutch angles of shadowed hallways, panning shots to showcase the area, and extremely blurry, dated b-roll footage of the actual news coverage. Everything about this piece wreaks of sloppy, low-budget nonsense. Sweeping, grandiose and ridiculous, The Haunting of Sharon State is offensively low brow. When you can’t even keep the camera still, you can’t expect any semblance of quality. Where characters take a mock Ouiji board seriously when asking “will we live long, happy lives?”, it becomes rather clear that Farrands is either devoid of a brain or trolling his audiences and slapping the face of the victims of a harrowing crime.

Not a competent performance or bit of film in sight that doesn’t want me to tear off my eyelids and plug my ears shut. I should’ve watched this film whilst still deaf in one ear, it’d have been more bearable only being able to hear 50% of this nauseatingly horrid dialogue. Hilary Duff’s leading performance as Sharon Tate will have you questioning her abilities as a performer, and the rest of unrecognisably bland performers do their job. They shall return to their bar staff jobs immediately after this, hopefully never to be seen again.

Taking a sensitive subject wrapped in controversy, mired by conspiracy, and hacking away at the core with a hammer is insensitive to the memory of those that lost their lives. The Haunting of Sharon Tate does nothing to defuse the immediate bomb it plants with its horrid marketing and exploitation of real events, but doubles down on its iniquitous, wicked manipulation of a private tragedy. It’s unsurprisingly out of touch at the best of times, but this one falls into hilariously poor thanks to a stunningly awful script and a series of performances that devolve into absolute nonsense as the running time trundles along.