Movie Review: The Spongebob Movie: Sponge on the Run 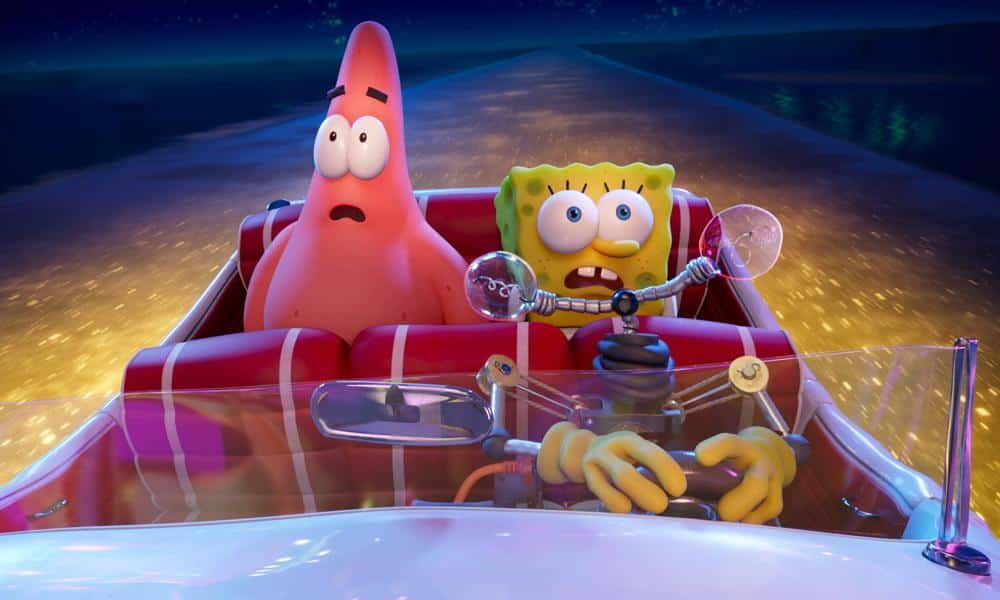 With my mind pickled by alcohol and rotted by the coronavirus, my holiday weeks have startled me with a premature beginning. Now is simply not the time to watch mind-bending movie that’ll require overwhelming attention. It is instead time to craft a duvet fort, pour out an endless supply of tea and crack through some of the lighter films on my watchlist. For once, Netflix has its purpose, its cannon fodder release schedule for the Christmas period allows for a remarkably lax and resigned approach, one that requires little concentration, and even less brainpower. The Spongebob Movie: Sponge on the Run, then, is the perfect piece to watch. Something that’ll hit all the cliché numbers of an average Spongebob Squarepants episode, but stretched out to feature-length time.

Another classic caper for the articulate Sponge and Star duo, The Spongebob Movie: Sponge on the Run follows Spongebob Squarepants (Tom Kenny) and Patrick Star (Bill Fagerbakke) on a quest to save Gary after he’s kidnapped by Plankton (Mr. Lawrence). Bringing back a great deal of call-backs to the previous two films, this latest film adaptation of Spongebob Squarepants feels both devoid of life and absent of fresh ideas. Relying far too frequently on nostalgic pops at the original, the return of King Poseidon, the Krabby Patty car, and also appealing to the modern pop culture of those that fawn over Keanu Reeves.

This new style of animation is rather horrid, but that may just be the nostalgia talking. It strips away the charm of the show, in its place a rather disturbing collection of sleek, modern animation styles. Far less fluid than the show, and with animation that feels more defined, but extremely rigid. There’s definitely reason behind the modern-style, but that doesn’t do away with the fact that Sponge on the Run is using this style to cater to pop culture cameos, meandering jokes, and writing that lost its shine decades ago. All of it feels rather off, the live-action moments with Danny Trejo and Snoop Dogg make for some horribly poor moments that look to put our animated heroes into the real world. It’s like The Spongebob Squarepants Movie, but at least that had the benefit of being rather great.

The lack of narrative direction, paired with a poor animation style makes Sponge on the Run a rather bleak bit of content. Maybe my jaded approach to everything in my waning, youthful years is a factor in how much I disliked this one, but it doesn’t feel like there’s much to take from this one. I’d expected something light and easy, but I instead received an oddly annoying setlist of animation that lacks charm, performances that lack energy, and a story that could use a huge overhaul. It’ll provide a forgettable series of moments for those wanting something vaguely watchable, and that’s more than we should ever expect from Netflix.