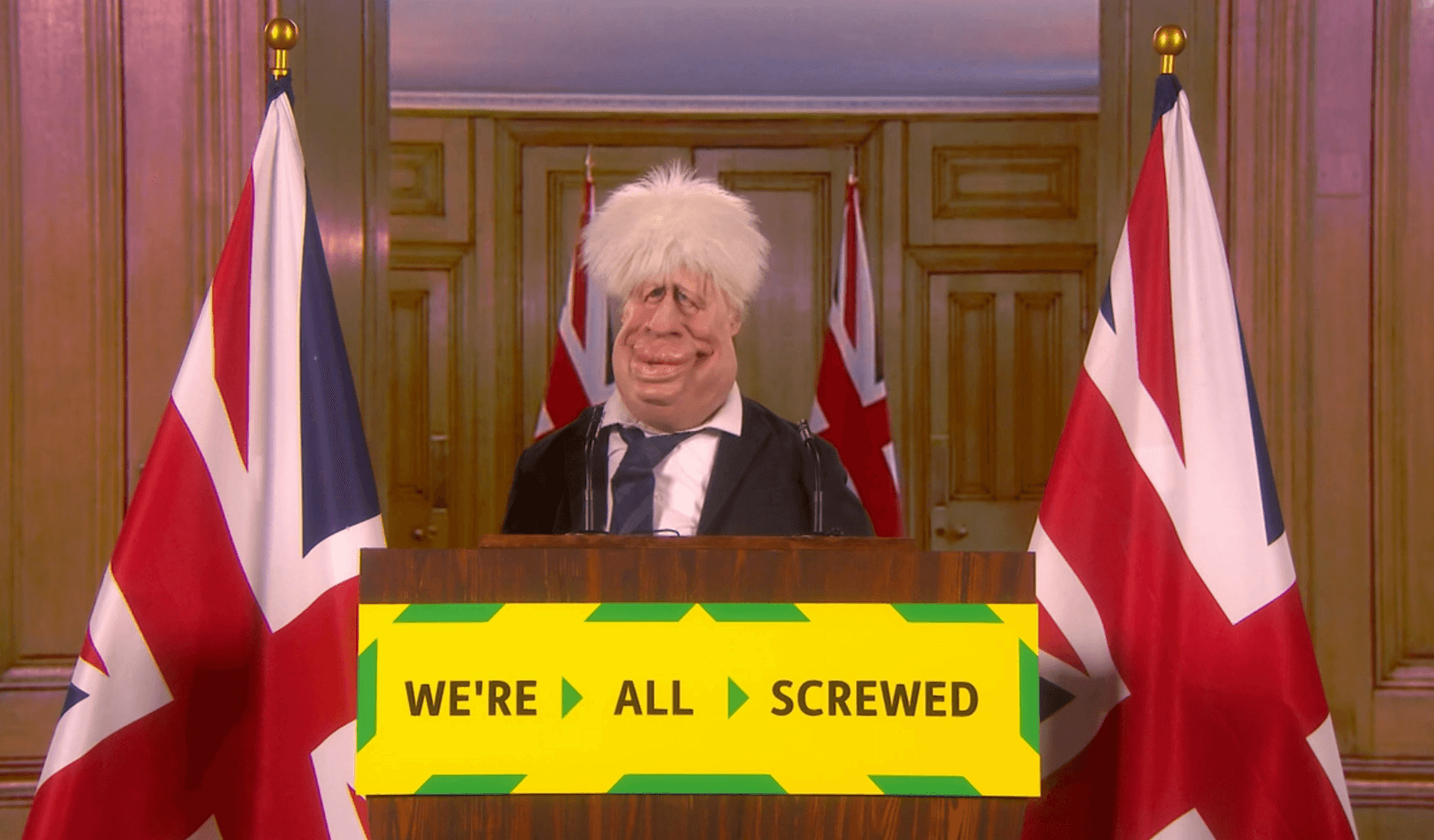 What a week it’s been for politics. The biggest changes that Spitting Image can work with this week are the beginnings of a second national lockdown, and the election of Joe Biden to the position of President of the United States. It’d take some truly useless writers to scupper the opportunities in place here, but, as low as my expectations were for this episode, the quality of this reboot has crashed through the floor. It has tunnelled to the centre of the Earth, spiralling down to modern culture pops, one-note jokes that can’t be bothered to go anywhere, and now, the debut of puppets and performers who sound nothing like their real-life counterparts.

It’s hard to call Spitting Image a satire show anymore, especially since the audience will be left in the dark on what’s meant to be satirised here. Harry Styles debuts auditioning for the role of James Bond, a tangible link had it not been for the frequent use of the exact same sketch last week. He’s adorned in women’s clothing and pearls, sounds nothing like himself, and keeps talking about his hands. Again, somewhat solid on paper, horribly dense in execution, a common theme for this series so far. This extends to our musical number for the week, where Adele and Billie Eilish craft a new Bond song. It’s not very good, and it becomes rather clear that the musical inclusions are a requirement, rather than a creative breakthrough.

This episode sees the debut of the entire Royal Family, too, or at least more of them to hold a speaking role. The Queen swears her way through an endless supply of sherry, acting like a mafia don, it’s genuinely rather incredible. One of the rare occasions where Spitting Image has elicited a laugh, not of pity, but of appreciation. Still, nothing lasts forever, and it all comes crashing down toward the end of the show, where the writers are panicked, rushing to find some sort of punchline to signal the end of a presidency. The original show parodied Frank Sinatra when Margaret Thatcher left, so to see a quick, failing punchline about Trump ties with Fox and Friends was a tremendous let-down, to put it lightly.

Still, Michael Gove getting his faced smashed in with an iron was rather satisfying, and Dominic Cummings’ attempts at blowing up parliament in the hopes of becoming a hero to the people was rather solid, but the payoff was minimal. Perhaps I’ve been too harsh on this episode, it’s had more than a few highlights, which is a net profit of two whole sketches worth of vague laughter and somewhat enjoyable content. Improvements are coming too little, too late, and I fear that the over-reliance on a select few puppets will bring the inevitable downfall of this series far too soon. What few narratives they’ve pieced together aren’t interesting in the slightest, their flimsy connections to reality are questionable, and their theft from the original show is ridiculously obvious. It’s a shame they couldn’t steal some good content too.