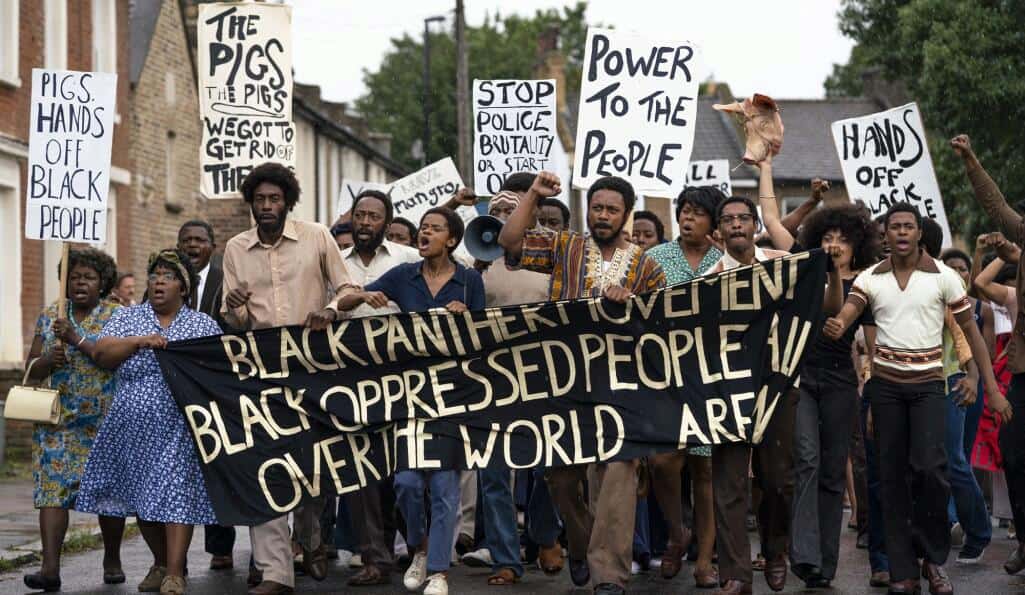 Seeing director Steve McQueen partnering with the BBC to deliver his Small Axe film series, was a genuine surprise. It’s a real treat, too, considering how poor a showing this year of film has been. Five feature-length projects from arguably one of the best working directors today, Mangrove is the first entrant into a series that promises to be a resounding success not just in voicing stories of hard-won battles against racism, but for the profile of those that appear in such projects. Stories that pack a particularly damning punch, detailing the lives and losses of groups of people undermined by a society that looked down upon them.

If you had any singular doubts about the venomous bile of Enoch Powell and the horrifying power of his words, then hopefully Mangrove will dispel those misunderstandings. His speeches and words infected not just society, but those in positions of power. The passer-by and the policeman may have the same toxic ideals, but one is meant to serve and protect, it’s hard to turn a blind eye. Tension bubbles over rather frequently in this one, McQueen directs with such incredible strokes of passion. His style feels a tad more muted here than it does in Shame or Widows, but that’s to be expected given, assumedly, a smaller budget to direct five features with. Mangrove feels like the biggest project of the pack, a lengthy courtroom drama that details the story of the Mangrove Nine.

As expected, this film is filled with solid performances. The leading members of the Mangrove Nine give exceptional, storied performances. They do start to lose their way toward the end, not in narrative complexity, but presentation. It doesn’t feel like a closed book affair, where we know what the future holds for our characters, nor does it engage with a natural progression towards a resounding or fulfilling conclusion. Letitia Wright and Shaun Parkes are the ones to watch out for here, leading the charge in performances fuelled by emotion. Alex Jennings gives a great supporting performance too, a story of justice is only as good as its most rotting core, and Jennings provides that blow-out in the first hour.

A case which was tried at The Old Bailey, and marked one of the earliest moments of justice in the fight against police brutality, it’d be relatively easy to compare that feeling with the aims and effects of The Trial of the Chicago 7. The two could not be further from one another, as Mangrove feels far more emotionally in touch with not just the people it looks to bring to life, but its audience also. Not so much a call to arms but a genuine article of revolutionary practice, and how racial prejudice is far more than the ungrounded opinions of a few individuals. It’s systemic and repugnant, and it’s a true shame that such a statement is controversial, much less in need of highlighting. McQueen crafts a fine piece of work here; Mangrove will linger on the mind far longer than the majority of movies that look to bring justice and equality to light.