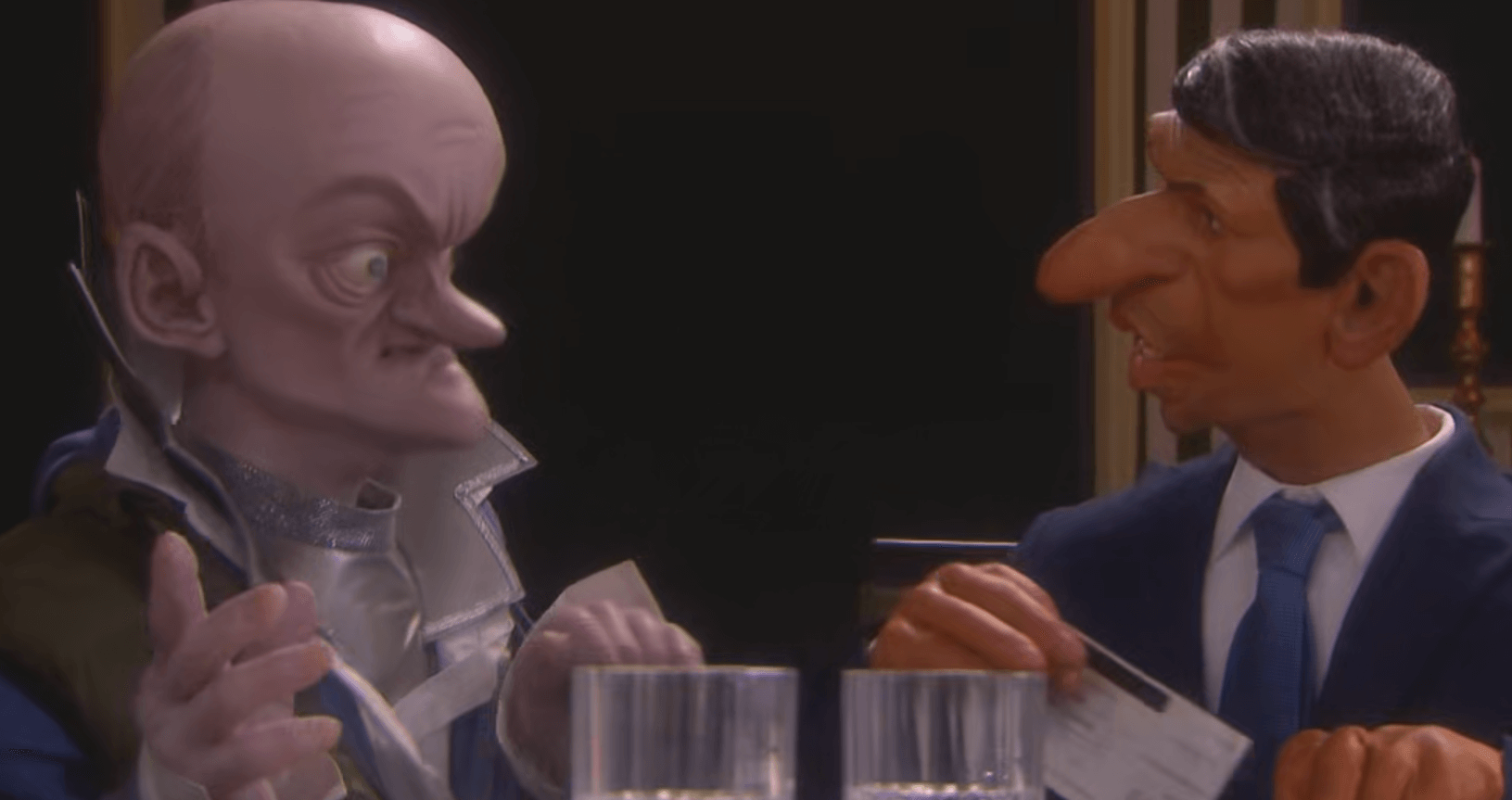 Another week of a news feed full of heavy stories prime for the picking, with Dominic Cummings sounding his farewell from Downing Street, a coronavirus vaccine potentially in the works, and whatever’s going on in the dumpster fire of America, land of the free and childish Presidents. So, to see Spitting Image this week open with a brief joke about executing Joe Wicks, and then firing us headfirst into a lengthy, dull skit about coronavirus and flu meeting at a bar, it should showcase where we’re at in the grand scale of topical humour. Floundering our way through another twenty fleeting minutes, time that shall never be returned to me, it’s becoming a horrible ritual that shows no signs of stopping.

Still, Spitting Image this week shows new signs of life, unprecedented for a reboot that has been the entertainment equivalent of stapling your eyelids shut, I’d honestly prefer that experience. This week we have some rather poor jabs at political correctness and all the varied debates that surround it. Idris Elba makes a return; I assume due to a necessity to use these puppets more than once. He’s not got much to do, and I feel that’s the case for many of the commissioned puppets. People who the writers thought would be in the spotlight for large periods of time, but have in fact fizzled up and dropped out of the limelight ever so slightly. I’m not saying Elba has veered away from the stardom he’s destined for, but relying on Prince William and Kate to make his scenes work is rather odd. Still, at least we get the debut of Quentin Tarantino, who offers us the best joke of the series thanks to a Spike Lee sight gag.

I’m enjoying the Elon Musk, Jeff Bezos, and Richard Branson trio, still stranded on Mars. I don’t think it’s because of the quality writing, but more to do with the Stockholm syndrome I’m developing being in close proximity with these asinine puppets. They’ve ground me down, it took them two months, but they’ve finally done it. Perhaps “enjoying” is too bold a word, I’m passively acknowledging that this series could be far, far worse than it already is, and the fact that the show thus far hasn’t imploded or issued a public apology for crimes against comedy, is a good thing. There are pockets of engaging material, a few well-thought one-liners about Billie Eilish, Joe Biden, and Elton John, but they feel so oddly out of place.

The celebrity status feels more prevalent in this one, Spitting Image used to be a show content with scrutinising politicians, but everything is lacking. No use of the Donald Trump puppet, in a week where the man is surprisingly quiet on the public stage (if we’re excluding Twitter that is). They’re trying to get their money’s worth with the Mike Pence puppet before they have to melt it down and remould it into a Beto O’Rourke caricature, so I suppose that’s something. The teething issues of the debut are back once again, but at least we’ve done away with some of the more prevalent, dreadful issues that have plagued the previous four episodes. No more Adele, less of the James Bond nonsense, and more Dominic Cummings, the antidote to a series that ran out of ideas long before it debuted its first episode.