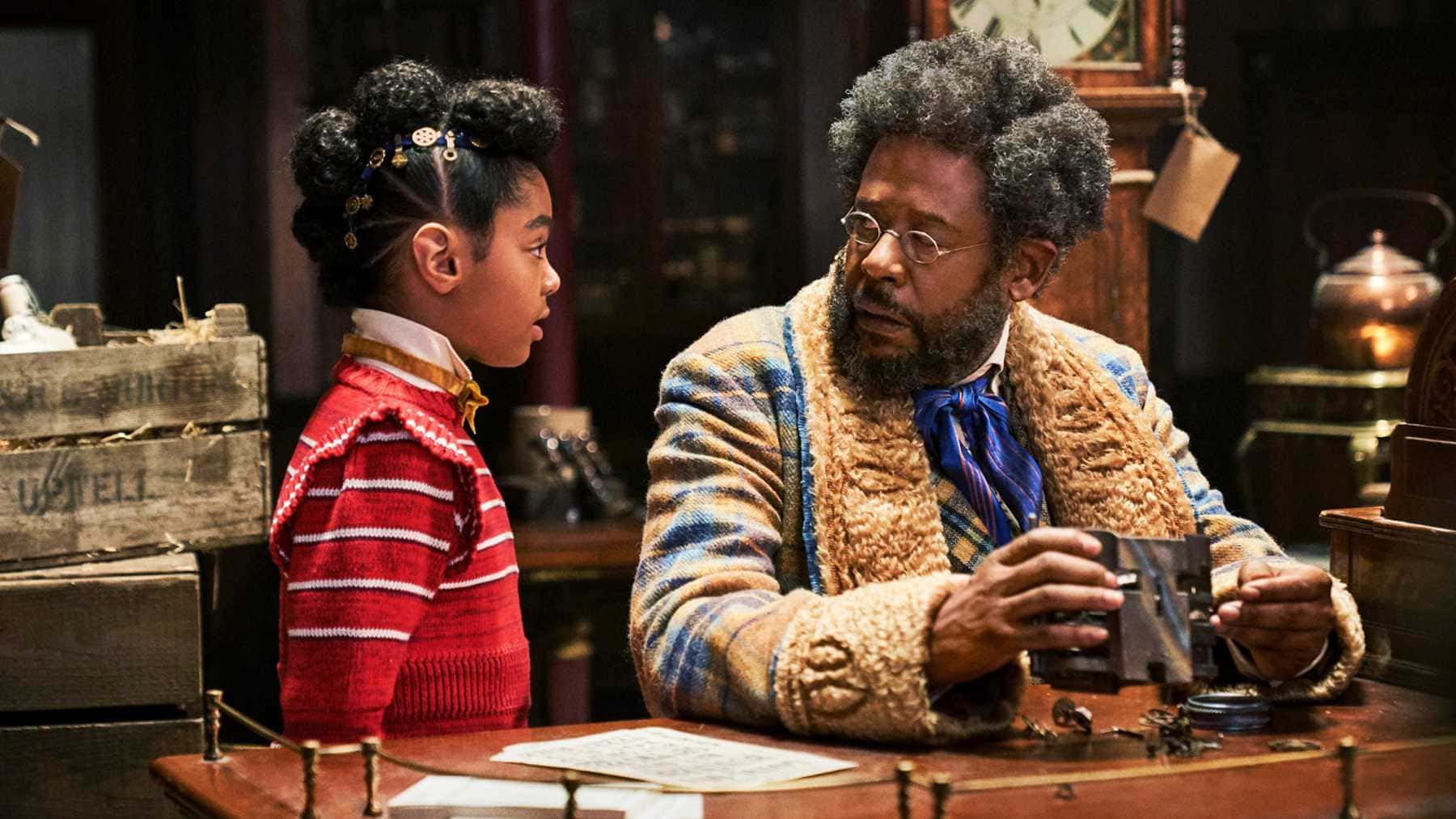 Nothing saps the life and festivity out of Christmas quite like a Netflix original. Aside from the cosy but forgettable animation found in their Klaus offering last year, Netflix has struggled to tap into a niche of Christmas classics. I doubt they ever will, especially with offerings like this latest hatchet job, Jingle Jangle: A Christmas Journey. Before we all leap in with the opportunity to call me a scrooge, I find it pertinent to mention my birthday is on Christmas day, thus I accept Christmas-themed films as an honouring of me and my birthday. This, then, from director David E. Talbert, is a spit in the face of not just Christmas, but my birthday. I’m sure we all know which of those two events is the more important festivity.

Jingle Jangle: A Christmas Journey is amazingly devoid of originality or good writing. An introduction that feels like a cross between Mr. Magorium’s Wonder Emporium and that bit in one of the last Harry Potter films with Fred and George Weasley’s shop, it’ll be nothing you haven’t seen before. It has all the set and costume designs that appeal to the idea of having lots on the screen to hide the lack of ideas behind them. It feels like there’s no logical process behind many of the choices made by the film, inarticulate nonsense from time to time that just attempts potshots at already established tropes of the usual Christmas classic. Replicating such a warm, holiday feeling is impossible for this film.

Had I known Jingle Jangle: A Christmas Journey had musical elements to it, I probably would’ve steered clear entirely. Still, my aversion to modern musicals wouldn’t be the only reason to avoid this one. Horrific CGI, poor performances, and somehow coaxing Forest Whitaker, Hugh Bonneville, and Keegan-Michael Key into the horrid fray. It’s relentless in just how miserable it is, stereotypes turned into toys powered by cogs, garish colour schemes and costumes ripped straight from Sgt. Pepper’s Lonely Hearts Club Band, without any reason to do so. This feels like a film of ideas, something that shouldn’t have made it past the draft stage, since half of the ideas have been done decades ago, and the other half are so flimsy and of poor quality and taste that they’d not stand up by themselves.

Everything you should expect from a modern Christmas film, from the poor child acting and the over-saturated nonsense of its camera effects, Jingle Jangle: A Christmas Journey holds its cards extremely close to its chest, taking no risks and reaping no rewards. Painful, a sure-fire way to ruin Christmas for you and your loved ones. I’m sure everyone in this project feels the same way, their cold, dead eyes staring into the souls of those who dare watch this tragic mashup of messy ideas and awful attires. Saddening stuff, and a blemish of everyone involved in this production.