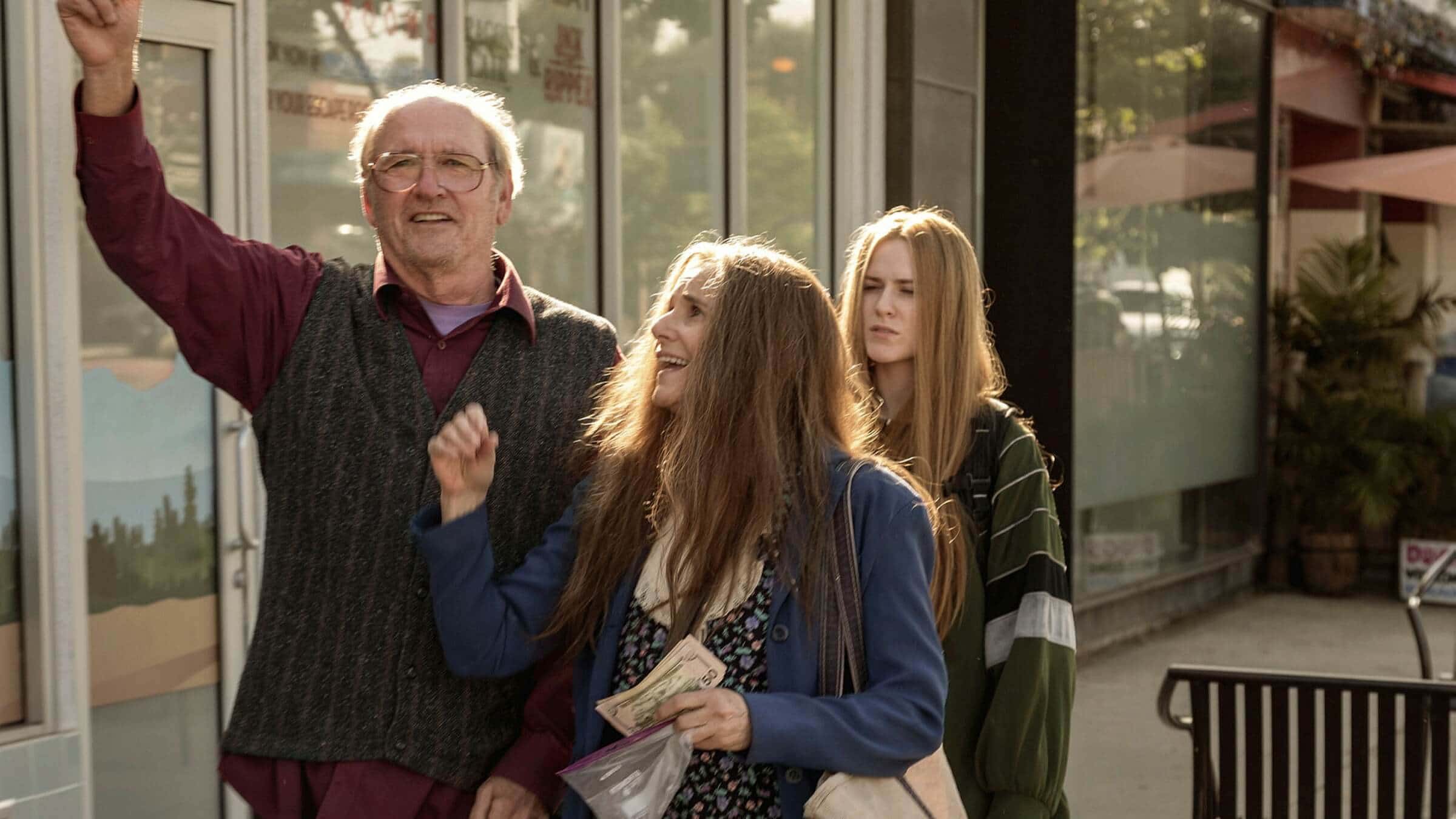 How different life could have been for me if my parents were budding criminals that tricked me into a life of crime. My potential for villainous activity has been scuppered, the best I can do is lead an honest life, and indulge in films that look to depict a style that should have been mine. Kajillionaire depicts two ageing grifters who dabble in petty crime and subterfuge, all whilst roping their daughter into their activities of unlawfully malicious intent. With all the makings of being a truly engaging sleeper hit, it should be no surprise that the talents involved with the making of this modern crime caper are dead set on bringing a mixture of Americanisms, and charmed expressions of hope and goodwill, in an otherwise gritty and horrid world.

That should be no surprise, for the independent movie-making market in America focuses in on these stories often. What little variety there is can be underwhelming, the outsider narrative depicting a series of larger-than-life individuals does grate on the mind from time to time. Kajillionaire is one of those, but with a few twists and added bonuses, manages to escape the clutches of frank mediocrity, instead becoming a marvellous gesture of engaging performances, tremendous direction, and a story that’ll lose its way from time to time, but ultimately provide the goods necessary for a heavy-hitting story that makes for all the right beats.

With strong performances that feed off of one another with an easy-going charm, Kajillionaire does muster up a great deal of enjoyable, engaging scenes. Thanks to some superb supporting roles from Richard Jenkins and Debra Winger, we’re given an insight into how an upbringing based on petty theft can lead to the unique development we’re given here. A near-unrecognisable Evan Rachel Wood leads the way with a frankly brilliant performance, superb chemistry is shared with Gina Rodriguez, the final addition to a group in need of stirring up and changing. Rodriguez provides a catalyst for these characters, set in their ways of crime, and attempts to show them the bigger picture. It’s all handled with care from the talents behind the camera, Miranda July offers superb moments for her audience.

But after only a few weeks, its charming uniqueness has wilted. The novelty and wry smile that July brings to the table with this has been scrubbed away, in its place a forgettable blob remains. Maybe it’s a fault of the film, maybe my brain is falling away like a wet cake, but Kajillionaire will be a fleeting, momentary bit of fun. It knows not to outstay its welcome regarding its running time, but it should last a lifetime in the mind, that’s where the stumbling block is for me. Strong performances, engaging direction, and just the right dosage of authorial intent to make for a rather unique presentation, but not something that will stick with audiences for years to come.