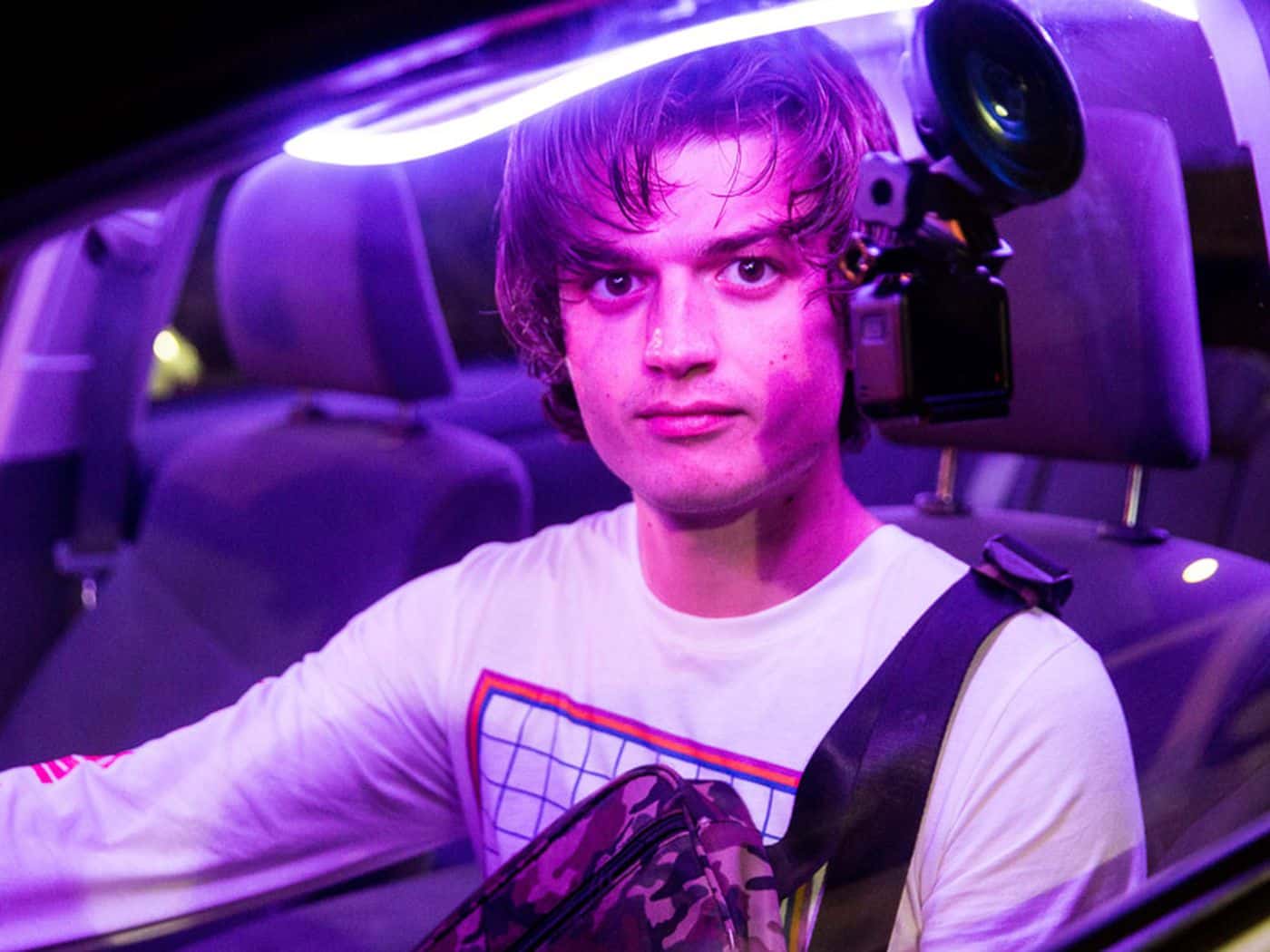 As if social media and car-sharing weren’t daunting enough, Spree looks to combine the two, with a wannabe influencer behind the wheel of the vehicle. His Instagram-oriented feed dribbles out what little support it can for a man clearly awkward in the face of an audience of any amount. I’ve only been in an Uber once, and it was on the way back from a house party. The stony silence between myself and the driver absolutely warranted the five-star rating he received, but had he poisoned me, killed me, and then subsequently buried me in a field, I suppose my rating would’ve dropped somewhat. Marginally, though, I’m not a monster and have my manners on me at all times.

Still, I’d find myself hard-pressed to give Kurt Kunkle (Joe Keery), a high rating. His obsession with pleasing his passenger’s borders on insanity, and the man is quite clearly more obsessed with ticking up his follower count on a livestreaming platform than he is about quality control in his vehicle. Eugene Kotlyarenko’s latest feature film offers up a middle-class nightmare, the idea that your rented driver is in fact a killer of some vastly horrifying proportions. Spree manages to keep it light, though, Kunkle is clearly our odd anti-hero, blending the traits of a horror villain with the likeability’s we find in bumbling comedy leads. The line between the two has blurred frequently in recent memory, and I feel Spree is rather good at depicting this, Kunkle is likeable but evil, a key piece of success that the film can pride itself on.

Spree feels rather similar to Searching, where every clip and scene was filmed to look like a web browser, streaming site, or news channel. The livestream adaptation is a nice touch, it’s the unique selling point Spree relies on so often. Six cameras dotted around the car, to showcase a clearly unhinged man feed off of the fame of his actions, and the happenstance style of story detailing found throughout. I’ve no qualms with that, it’s a nice way of relaying the story that isn’t just shot/reverse shot, and the utilisation of cramped conditions is nicely plot-oriented.

It captures YouTube culture well, the draw your life intro is surprisingly unique, but I’d say it’s too far to consider it innovation. Spree follows the mind of someone obsessed with fame, but a man who lacks the skills to stage his fame on. He creates his echo chamber, completely devoid of any reality, a bit like me, but I can’t drive, and I don’t plan on breaching the mainstream like Kurt. A good blend of comedy and horror elements, blending into one another with ease. It’s rather forgettable on the whole, but a good experience nonetheless, which is far better than we can say for most films releasing in this horrid year.