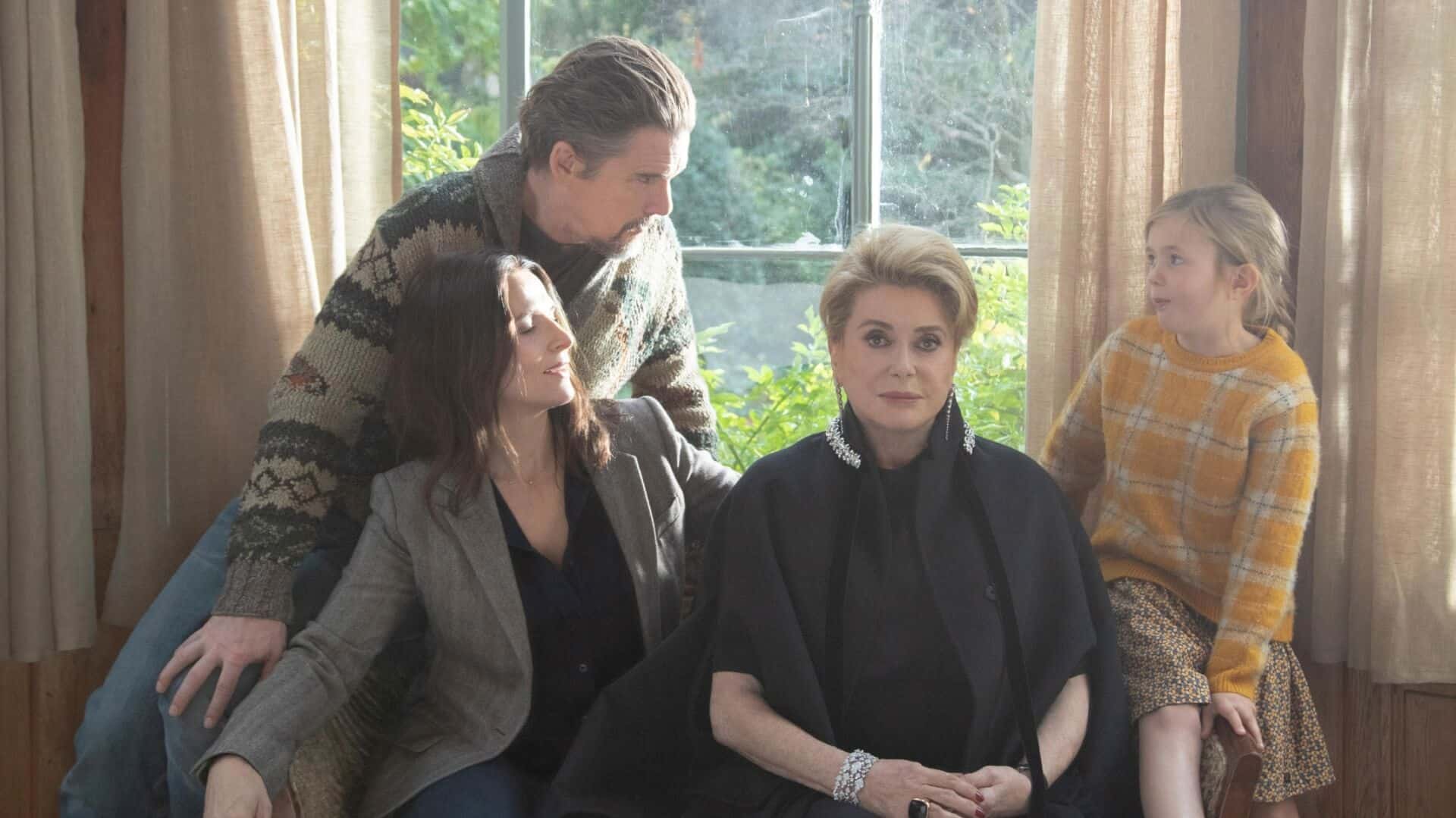 I’m no expert on the works of director Hirokazu Kore-eda, but I’ve seen enough of his work to grasp at the general feelings, emotions, and ideas he wishes to convey. After Life concerned itself with death and how we wish to remember our lives, Shoplifters was a beautifully convincing example of how strong the ties of family are. The Truth, his latest feature, is a bit of a lost cause, especially when attempting to understand or focus in on its message. A swathe of issues feature, most of them frustratingly easy to fix or change, but the banality and boredom experienced during pockets of this film is too much to bear.

Spilling the lies, love, and accepting the harsh realities of life, The Truth follows a mother and daughter who begin to spiral away from one another after the release of Fabienne Dangeville’s (Catherine Deneuve) autobiography. Her daughter, Lumir (Juliette Binoche), is clearly angered by the revelations of the book. Binoche is an exceptional performer, but there’s a limited variety to her role here, one that plays with rather conventional moments and doesn’t fulfil the potential on offer. Forgettable chemistry with Ethan Hawke, and a handful of scenes that feel underwhelming, especially those she shares with Deneuve. What should be a genius collaboration of two superb French artists is instead a rather underwhelming, flawed representation of family drama.

The rest of the cast fare no better than the family tiff at the core of The Truth. Ethan Hawke stumbles around from time to time, sporting double denim, eating apples, and generally looking rather confused about where he is. He doesn’t offer much to the film, a sad shame considering his talents on other projects. But a lacking script that fails to include him in the more poignant or pressing moments of drama is at fault here, rather than Hawke. There’s a surprising lack of care from the direction, more frustrating and detached from its characters than anything else. It doesn’t resemble a Kore-eda film for me, it’s too far removed from the styles and focused efforts of his other films.

By no means do I think The Truth is a bad movie, but if we take this in the context of how well Kore-eda forms films and the consistencies he’s shown thus far, this is more a let-down than anything else. It has the emotional moments you’d expect, all the pieces for such a narrative are there, but they don’t collaborate in a way that feels intrinsically rewarding or engaging. Direction that feels rather distant from its subjects, and although we’re in safe hands with an established cast of greats, Kore-eda struggles to utilise them imaginatively or uniquely. A sad shame considering the talents in front and behind the camera. To have Binoche, Hawke, and Deneuve together under one roof, and to not utilise them imaginatively or uniquely, is a shattering sight to behold.