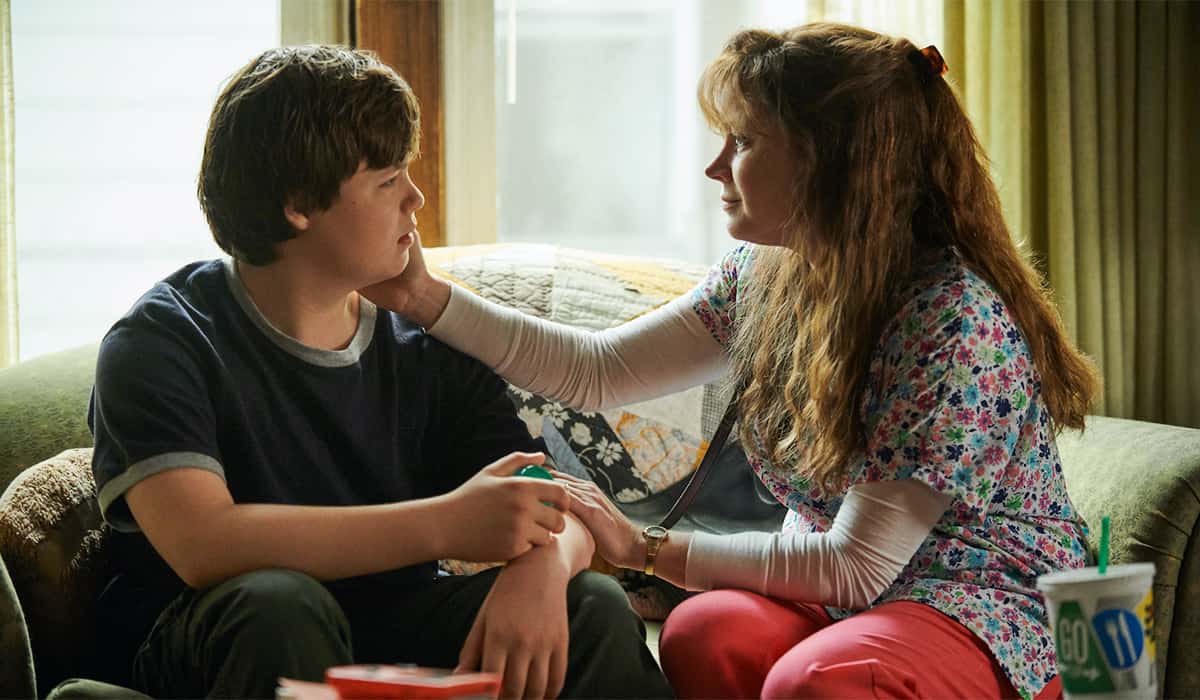 With such a charming cast under its belt, Hillbilly Elegy has the star power to lure audiences into its story of three generations worth of reflection, respect, and reserved feelings. There is a clear warning sign attached to this piece though, and no, it’s not just because it’s marketed as a Netflix original. That does play a huge part of my initial hesitance to watch this. More important than that though is Ron Howard basks in the glory of the director’s chair. I’ve fallen for his trickery once before with A Beautiful Mind, and I was immediately hesitant with this one. I should’ve listened to that instinct; it would’ve saved me the permanent headache Hillbilly Elegy provided me.

It’s instantly striking just how little innovation Howard brings to the table as a director. Make no mistake, this is a product only he could make. Frankly unique in its ability to make me wretch at the ham-fisted sentimentalism admitted to our leading characters and chummy narration, Hillbilly Elegy doesn’t even try to steer away from that upbeat Americana I’ve come to know and loathe. It smacks of an embarrassing lack of care and time, the predictable plot points stretched to their thinnest, most unimaginably insulting caricatures of the working-class. Cheery hillbillies who stick their neck on the line for one another, jolting into the future to showcase a grown-up J.D., played by Gabriel Basso.

Light at the end of the tunnel is something we’re in desperate need of, but we don’t quite get there. Amy Adams’ performance is an erratic mess of happy families and tortured mindset. It’s a mix that doesn’t work whatsoever, and eventually falls into repetitive, poor, and offensively fumbled portrayals of addiction and mental illness. I had expected nothing less, but what I wasn’t prepared for was how by the numbers Howard’s hack job would showcase this. He couples this poor performance with directing choices that just don’t gel with the story he’s trying to portray, and it’s gratingly obvious as the narrative stumbles on.

There aren’t even any moments worth suffering through, and that makes it all the more upsetting to say that Hillbilly Elegy is a completely useless adaptation of a book that looks to unite faux bipartisanship. A sad state of affairs when not even Glenn Close can bring a film together. The cons certainly outweigh the pros, with sloppy narration, jittery supporting performances that smack of lacking originality, and direction that, bluntly put, is a spit in the face of those who are struggling with addiction. It’s disgusting. We can’t expect much from a hack director, his shoddy script, and an assembly of performers who seemingly had nothing better to do with their time. Hillbilly Elegy isn’t the worst film you’ll see this year, but having to see any second of this disaster will worsen your year significantly.