Starring The Maze Runner’s Dylan O’Brien and Birdman’s Michael Keaton, American Assassin is an action packed thriller with a LOT of fighting. If you get easily attached to characters in movies, this might not be the film for you as almost every new character introduced dies within minutes. 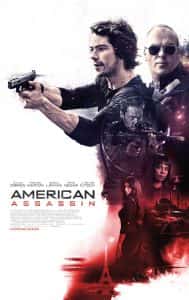 O’Brien stars as Mitch Rapp, an American who loses his parents in a car accident as a child, then goes on to lose his fiancée too when she’s gunned down in a terrorist attack. He then vows to find and execute the head of the cell that ordered the mission.

In preparation, Mitch trains himself for 18 months after the attack, growing a rather large beard as he does so. The CIA take him in, and he’s trained as an assassin by Cold War veteran and former Navy S.E.A.L Stan Hurley (Michael Keaton).

Together they discover a pattern of violence leading them to a joint mission with a lethal Turkish agent to stop a mysterious operative intent on starting a World War in the Middle East.

It’s safe to say American Assassin is unrealistic, but it gives us an array of gory fight scenes which are tense and exciting. Sat on the edge of my seat I watched characters being stabbed, shot and having their fingernails gruesomely pulled off.

There’s a sense that the director wanted the film to be taken more seriously, with references to real life geopolitical rivals, terrorist groups and political events. But it was difficult to engage with the storyline as it was fast-paced, meaning some of the solemn moments of the movie were easy to overlook.

The film does become bogged down in its twists and turns and begins to lose sight of itself. One scene between Iranian officials and CIA directors talking about nuclear weapons seems random and unnecessary. Clearly, the director was attempting to reference to the threat of nuclear war which looms over the modern world, but it was a forgettable sequence.

It would have benefitted from dropping these sombre moments as they were ineffective and not developed enough to have any resonance. It should have embraced itself as a less serious action film, because in the end that’s all you’ll remember it as.

The performances of O’Brien and Keaton are what saves the film from being painfully boring. Though O’Brien made an effective strong-silent hero, Mitch, did fall into the background. Keaton was the only actor who managed to build an emotionally cohesive and memorable character. I found myself rooting for Keaton’s character Hurley, when Mitch is quite clearly meant to be the central character to the story.

Either way, the film’s success is down to their acting skills, bringing life to what could have been a disaster of a storyline.

Films are sometimes meant to help you escape from reality and American Assassin succeeded in doing this. I found it not only enjoyable but easy to watch, and sometimes that’s what a film is all about.

Chris Stuckmann provides an interesting and detailed take on the film which is worth a watch: https://t.co/dVMTSCbDj1.