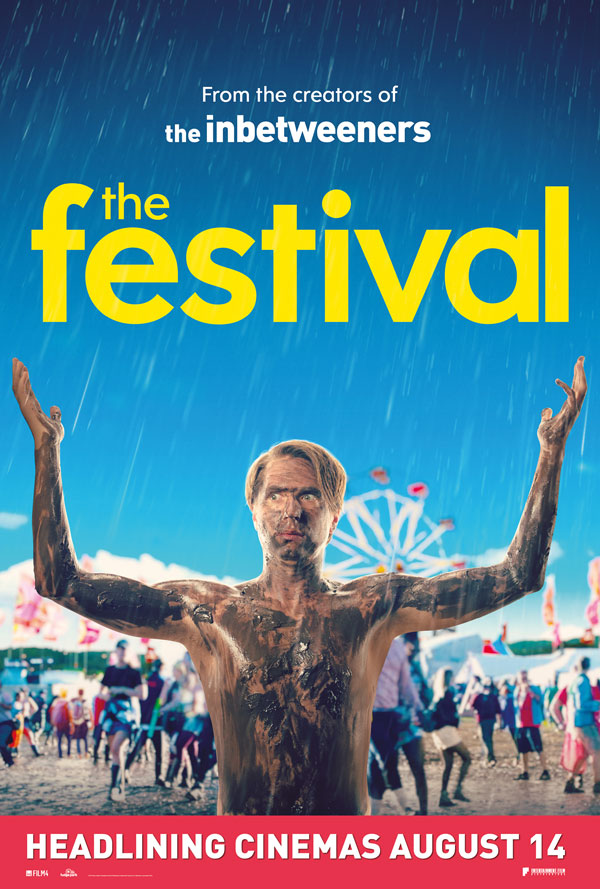 Did anybody ever expect anything from Joe Thomas post-Inbetweeners? He starred in Chickens which was doomed to fail from the beginning and has since cropped up in White Gold. That’s about everything Thomas has done, so to see him cast in the leading spot of a new comedy from Film4 is a genuine surprise.

It’s a nice surprise at least. Like you’ve opened a box and in it is a man clutching to the career decisions that brought him his former glory, youthful, nerdy and slightly obnoxious characters that are often a fish out of water. The Festival provides us with such a performance from Thomas, but he plays the role so well. That’s definitely a bit odd considering he’s now veering into his thirties, but you can’t knock him for giving off a great performance as Nick.

Will it give his career a resurgence? Of course not, The Festival is a forgettable movie that in a few years’ time nobody will remember. Although I’d expected tighter writing from the guys that brought us The Inbetweeners, the script is filled to the brim with some original jokes and expected tropes. These two pieces blend well together and create what is in effect a thoroughly enjoyable comedy.

As expected with any British comedy, there are a number of familiar faces throughout. Nick Frost and Noel Fielding are among the implosion of recognisable British comics featuring in small roles along the way. Marek Larwood may not be a name you recognise, but if you grew up watching CBBC in the early 2000s then you’ll most certainly spot him somewhere.

But these roles are more paying tribute to the previous generation of comics, and The Festival attempts to no avail to usher in the new generation. Hammed Animashaun and Claudia O’Doherty round off a formidable and fun trio of characters, each unique enough to gel well together, but similar enough to share one constricting plotline and a small subplot.

Capturing the vibes of festival lifestyle while at the same time tearing down the clichés of your expected low-budget, comedy/drama fusion; The Festival is a movie full of outstanding, raucous laughter that’ll have you crying from start to finish. Not all the jokes land, but there’s more than enough variety and content to make sure at least something works even for the most rigid of audience members. It’s a future cult movie if I’ve ever seen one.

One Response to Review: The Festival