Game of Thrones – no more heroes (or villains?)

Game of Thrones returns to our screens for its eighth and final series tonight (Monday 15 April). Perhaps the most anticipated show of the decade, the popularity of the show in which virtually every character lies, cheats and commits murder, is a fascinating phenomenon.

A global research group of university academics, which includes the University of Sunderland’s Professor Clarissa Smith, have taken a journey into the fantasy world of Game of Thrones, speaking to 10,000 people worldwide to discover what makes this ground-breaking television series so culturally significant and important.

The research has taken place over the past two years, and, says Professor Smith who is now working on book based on the project, some fascinating findings have come out of the research particularly with regard to how viewers feel about the characters, none of who are straightforwardly heroes or villains.

She says: “We wanted to get a sense of which characters were favourites, but then also why viewers liked them. And what we got wasn’t just a top ten of the popular characters.

“The notion of people identifying with characters that they admire or would like to be like, that notion goes completely out of the window with Game of Thrones. Viewers’ feelings about a character are really complex. No one is uniformly nice and no one is uniformly horrible. So, for many of our respondents their choices of favourite are about the ways in which that character has gone on a journey, what has shaped them, what have they learned?

“And we found that there was real appreciation for the complexities of a character, it’s not just a case of liking someone because they are good or pretty or embody some virtue – because everyone has to behave badly at some point in this drama!” 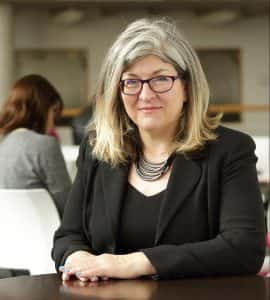 Game of Thrones is often compared to The Lord of the Rings, but, the research argues both are very much products of their time. In The Lord of the Rings, characters such as Frodo and Sam are relatively simple.  Frodo, for instance, embodies suffering and self-sacrifice, while Sam embodies loyalty and friendship. In Tolkien’s world, there is true evil, embodied by Sauron – but Game of Thrones is a very different beast – there is no single truly ‘good’ character and equally, no villain is completely ‘evil’.

“Tyrion Lannister comes out on top for both of those answers. Very consistently he’s seen as a mix of intelligence and humour. He’s smart and wise, funny and cheeky, and for many viewers he offers light relief. They also like his courage, and endurance, and his self-awareness.  He’s a fully rounded character, a very contemporary man in this ancient world.

“The second favourite character is Jon Snow – but he’s the fifth favourite survivor. And viewer’s feelings about him are very complicated. For many, Jon’s the most obvious hero of the series, but people don’t find him particularly interesting. They say he’s a teenage choice of hero and not very complex compared to other characters such as Jaime Lannister.”

And when it comes to some of the villains there were interesting contradictions too.

“Characters such as Ramsey Bolton is a sadist but also has this creepy obsequious relation to his dad. And the story of his birth tempts viewers to feel sorry for him. People talked about liking him precisely because he was so vile and that his nastiness meant it wasn’t easy to predict what he would do next! Petyr Baelish was both a favourite character for many people and a favourite survivor, they love the way he manipulated the action throughout the last seven series and even though they hated him, they also loved his skill at playing the game!”

Professor Smith says that one of the most surprising outcomes of the research is that there seems to be no real opposition to the very idea of monarchy, though viewers expressed considerable insight into the complexity of the political manoeuvring in the show, and commented on how it reflects the real world, this didn’t suggest any anti-monarchist sentiment.

“People talk about the battle for the iron throne of Westeros is like elements of Trump’s presidency, or even that it’s akin to Brexit. But they don’t then say that we need to really smash the wheel. Monarchy is still an important political dimension in this world. Its intriguing when the series offers us such a very clear picture of how little ordinary people matter in these games of strategy, revenge and death played by royal households!”

Professor Smith says she is looking forward to the final season of Game of Thrones, and discovering who will survive and who won’t.

“Without a doubt Game of Thrones is a cultural phenomenon. It has spawned so many theories, and people will be talking about it for a long time to come.

“The idea that people are interested in “dark television” and are immersed in a world of misery, death and destruction for pleasure, is really fascinating.”