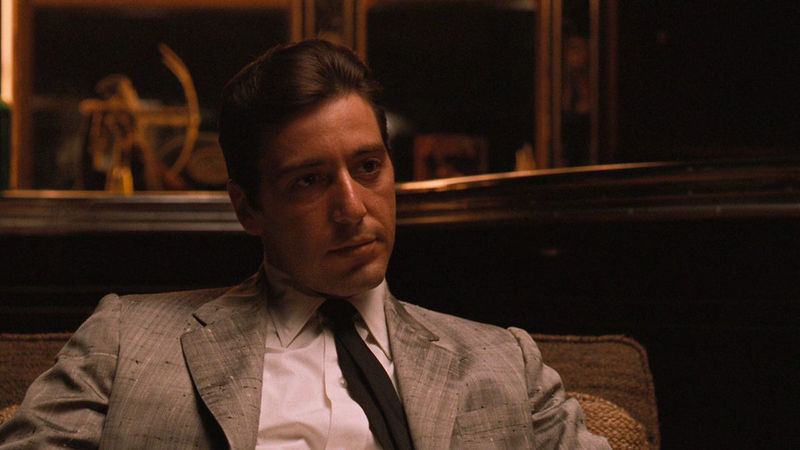 I’ve gone on record saying that The Godfather was a pretty overrated piece of work that I didn’t much care for or enjoy. While it does provide us with a great Marlon Brando performance, the movie just didn’t do much for me. My interest in the sequel was minimal, although I still knew it was going to be an important and essential watch: one that I would have to be forced into watching almost.

But as it turns out, sometimes the sequel is so much better than the original. It happened with Terminator 2 and Evil Dead 2 and, to my surprise, I can say I much prefer The Godfather II to the first in the series.

Maybe it’s because of the appeal of continuing on a story that had provided some middling interest at the least. The Godfather certainly isn’t a bad movie and the progression of its story was one of the few things keeping me invested. To have a sequel following the Corleone family in their darkest and most difficult times is truly invigorating, and who better to lead this than Al Pacino?

Al Pacino, who gives the performance of a career as Michael Corleone, is so well suited to the role. His performance is stunning, blending the tension of running a crime syndicate while at the same time trying to balance a tumultuous family life.  Both, it seems, are in danger of falling apart.

But the problem is I prefer so many of the movies The Godfather inspired over The Godfather itself. Maybe it’s a matter of directorial preference. I’d rather see Scorcese’s Goodfellas once more. Francis Ford Coppola is certainly influential, but I prefer The Conversation and Apocalypse Now to his dabblings in the crime genre.

His shoehorning of Robert De Niro was a strange choice, constantly switching backwards and forwards throughout the film at almost random moments. The De Niro stuff isn’t even all that bad, it just could’ve been its own movie instead.

It’s a great movie though, bringing us some superb supporting performances from Talia Shire, Michael V. Gazzo, Robert Duvall and John Cazale. They all bring something so special to the table and are unbelievably well cast and utilised thoroughly well. The chemistry on display between Cazale and Pacino is possibly the highlight of the movie for me.

But, after all is said and done, The Godfather II is an extremely long, and often meandering movie. It struggles to hold up a story that could’ve been told far quicker and with fewer interruptions. With redemption coming from the strangest of places and the shadiest of characters, The Godfather II is a substantial improvement over the first in the series, but nowhere near the star-studded powerhouse that it has been hailed as.