Why fans are so disappointed with Game of Thrones

Unfortunately, the last two seasons have been a little underwhelming and this is mainly due to bad writing from D and D (David Beniof and DB Weiss), flooding them with inconsistency.  Fans are so upset that a petition has been made to remake the final season, which currently has almost 1.5 million signatures.

For example, they said that the reason Rhaegal, one of Daenerys Targaryen’s dragons, is shot out of the sky and killed out of nowhere is because Dany was in such a peaceful state (“she kinda forgot about the iron fleet”, said David Benioff, in his commentary for the episode).

The idea she forgot about an immense fleet of ships hell bent on destroying her is so pathetic and lazy, especially for a show like Game of Thrones. Fans are showing their frustration in an outpouring of memes that point out the common mistakes and mock the writers. 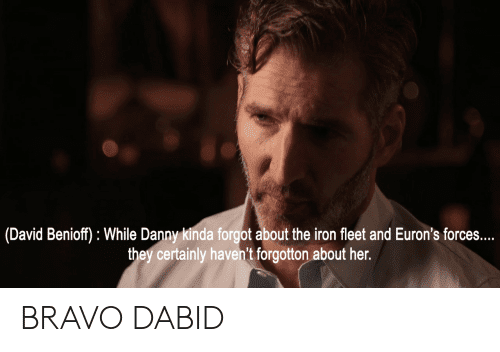 Another reason this season has let so many fans down is because of wasted character arcs and plot points. First off, Bran’s entire storyline was connected solely with The Night King, the wights and wightwalkers but when it came to finally facing them in episode 3, he did nothing.

The plan was to use him as bait as The Night King would come for him but they never said what they would do once he arrived.  In the event, no one did anything – other than Thoen, who made a pathetic attempt to attack him, and Arya who came out of nowhere (somehow sneaking past all of the wight walkers and jumping onto The Night King).

Bran had also said “I can never be lord of anything” yet, when asked to be king, he says “why do you think I came all this way” and accepts.  This is typical of the inconsistency of the show.

Another wasted character arc – and in my eyes the biggest – was Jamie Lannister.  Jamie, at first, comes across as a dishonourable villain, which is how the show wants you to see him: after all, it’s how the rest of Westeros sees him after he killed the “Mad King”.   The way he killed him was particularly seen as dishonourable as he was pledged to protect him, but once you scratch the surface of his character you realise every “dishonourable” act is ultimately for the good of others and the ones he loves.

In the first episode, Jaimie’s famous line after pushing Bran out of the tower is “the things I do for love”, which sums him up perfectly; his very unorthodox selflessness is what tears him apart and he is arguably the most complex and interesting of all the characters in the show.

His character arc had shown him learning to break free from his controlling and abusive sister; slowly, over the seasons, he became more and more sympathetic towards others and was able to tell right from wrong.  Yet, in the finale, he goes to die with her and tells his brother, Tyrion: “I never really cared about them, innocent or otherwise”.  This is completely untrue: he is called Kingslayer for killing a king who wanted to “burn them all” and ordered him to kill his own father.  He saved his people from a madman in the defining act of his entire life.

As well as this, his and Cersei’s death is also something fans hated: their ‘death by rubble’ is such a boring and uncreative way for two of the best and most complex characters in the show to die.

Meanwhile, Jon Snow’s true identity as Aeagon Targaryen was a supposedly huge plot point that ended up going nowhere – other than making Dany mad –  and should have been used to make something far better.  This is even more upsetting, considering that D and D were only allowed to adapt George RR Martin’s books because he asked them if they could figure out who his mother was – and they did.

And, ultimately, Bran is made king because, apparently, he has had a more incredible journey than anyone else. I would disagree though and say Jon’s is far more impressive: He was raised as a bastard, joined the Nights Watch and became Lord commander; he finally united wildlings and crows after surviving Hardhome, was killed by his own brothers and resurrected; he took his home back from the brutal Boltons at the Battle of the Bastards, then went north of the wall to capture a wight to bring back to queen Cersei.

He then found out his true identity, learned to ride a dragon, saved the world by uniting the realm to fight against the army of the dead.  Finally, he killed the woman he loved to save the people from a new tyrant.

Game of Thrones was, basically, Jon Snow’s story.  His end punishment was, therefore, very annoying because he ultimately just came full circle and went back to where he started at the Nights Watch. Then again, he does get to spend the rest of his life with his best friend (and his dog) as a king beyond the wall, which doesn’t really sound like a punishment at all – especially for killing a queen.  It was, ultimately, neither nothing or something.

That then brings me to Jon and Dany’s relationship: it really didn’t work and made fans cringe throughout the season.  Daenerys became much like her father (the new mad queen) while Jon became the queenslayer but it came out of nowhere: Dany went mad in the span of about four episodes when it should have been over at least two seasons. Some people are saying that her executions of Randyll and Dickon Tarly were foreshadowings but I would completely disregard that: people do it all the time in the show – especially Jon – as he executes multiple people for their loyalty problems during his time as lord commander.

In fact, the first lesson we learn from the most honourable man in all of Westeros, Lord Eddard Stark, is “the man that passes the sentence should swing the sword” as he executes a deserter of the Nights Watch.

Tyrion Lannister, meanwhile, is supposed to be the smartest character on the show – and constantly proves that he is throughout much of it – however, this season he makes stupid mistakes his character would never make. He spends most his time trying to convince his sister to join them and surrender, even though he says multiple times himself that she cannot be reasoned with.  For some reason, he tries anyway, even though he’s seen first-hand that she hates him more than anyone else in the world.

He also slips up when he has the idea to store the women and children in a crypt where all the dead people are – against an enemy that brings back dead people. Peter Dinklage, who plays Tyrion, commented on how stupid this was, saying: “he’s smart but clearly not that smart.”

Then, there are the multiple technical errors this season, such as in episodes 4 and episode 6, where drinks of coffee and water bottles were left on set and still made it into the final cut; in episode 5, when Drogon is burning down the city, there’s a very noticeable shot where they forgot to add Dany on his back in post production.

Perhaps the most widely criticised one was the lighting of episode 3: it was too dark and difficult to see what was going on much of the time in what ought to have been an intensely action-packed episode.

Season eight may have been very disappointing but it wasn’t quite all bad: the cinematography and special effects were, as per usual, fantastic and the cast did a great job with the script they were given.

Also, the story arc of Brienne of Tarth was one of the few I would not change at all: she becomes a Knight of the Seven Kingdoms, is placed on the King’s Guard and is allowed to fulfil the oath she swore to Catelyn Stark back in season 2 to protect her children.

Drogon melting the Iron Throne was also a nice touch: it was as though he realised it was Daeneyrs’ desire to claim it that killed her, far more so than the hand of Jon Snow.  Over the seasons, we’ve seen that the bid for power is a curse and a sickness, weakening and obsessing men and women alike. 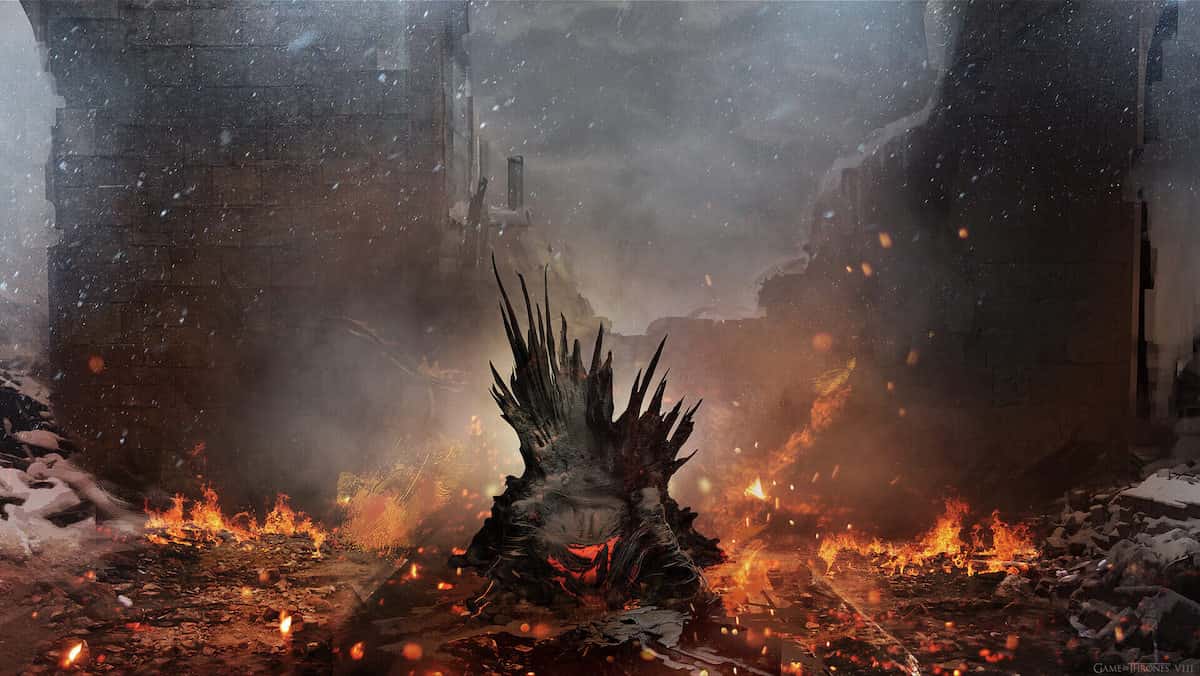 The season as a whole certainly wasn’t great but the final scene, of the Stark children Jon, Arya and Sansa go their separate ways and begin the rest of their lives was a somewhat satisfying close to an amazing story.