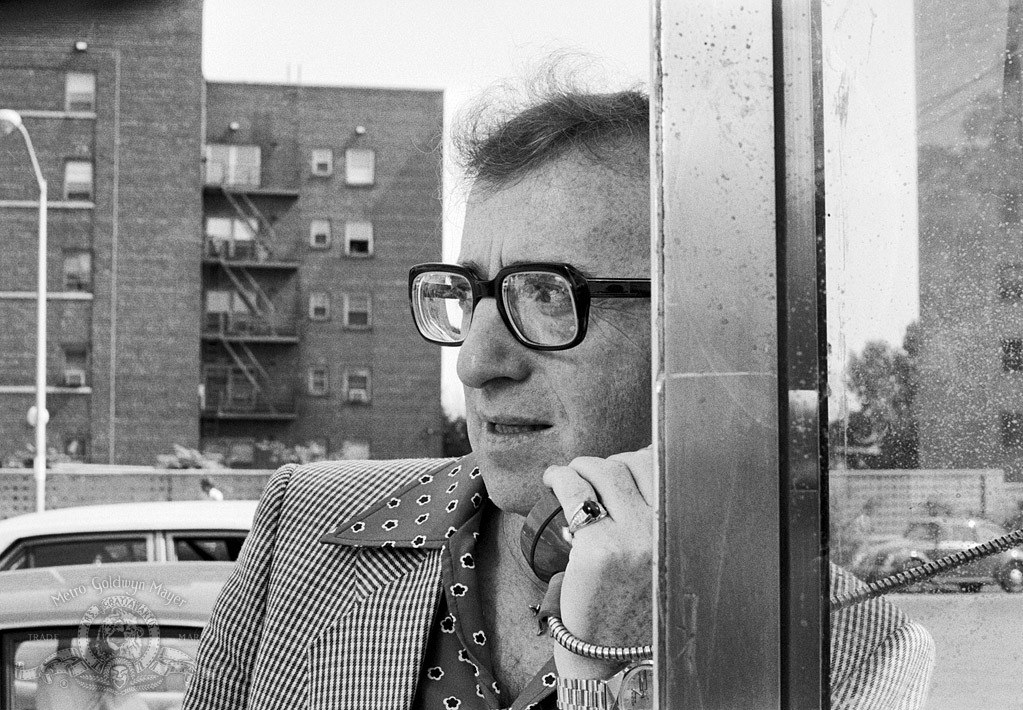 I’ve said it before and, for the benefit of the word count, I’ll say it again. Woody Allen films are best when he both directs and stars. That is a hill I am willing to die on, and, sure, he has his outliers like September and Radio Days, but nothing will beat his wry commentary when he’s in front of the camera. His awkward disposition as he scatters himself mentally, bending to the will of whichever character approaches him. It’s a tremendous typecast that he writes for himself, and it works to greater lengths in Broadway Danny Rose.

Playing the titular character, Allen provides us with a rare optimism as a talent agent that never says no to a client. He builds them up as the next big thing, often stating that they’re at the height of their very profession. But in his personal life, he struggles to keep himself financially afloat, and a group of comedians sat around a diner table begin talking of the time Danny Rose found himself in over his head.

Another Allen film from the Farrow era of his work, the two have an undeniable chemistry between them. Not as grand or interesting as their work in the likes of A Midsummer Sex Night’s Comedy or Husbands and Wives, but it works well enough in Broadway Danny Rose to give us a lighter story that’s full of comfortable one liners and a solid enough story. Danny Rose is definitely a memorable character from Allen, but that may be in part due to the title of the film, for his performance here is dwarfed by his own personality. We see a more pastiche style of performance from Allen, venting his frustrations in private and putting on a brave face while he tries to convince Tina Vitale (Farrow) to attend the performance of Lou Canova (Nick Apollo Forte).

Forte gives a great performance and there’s a special chemistry between Forte, Farrow and Allen. They work as a trifecta, an almost love triangle that manages to sway me into engaging with all three characters. Forte’s only film role that I know of sees him deliver some great lines and is the main motivation for Allen’s Danny Rose.

He mimics some of his best-known work, the scene with Allen running down the street to catch the girl reminded me fully of Manhattan. Definitely one of his stronger works, Broadway Danny Rose is a comfortable and enjoyable piece that doesn’t exactly hit the lows or even the highs. A strong movie, but its lasting impression is questionable, and forgettable if anything else.