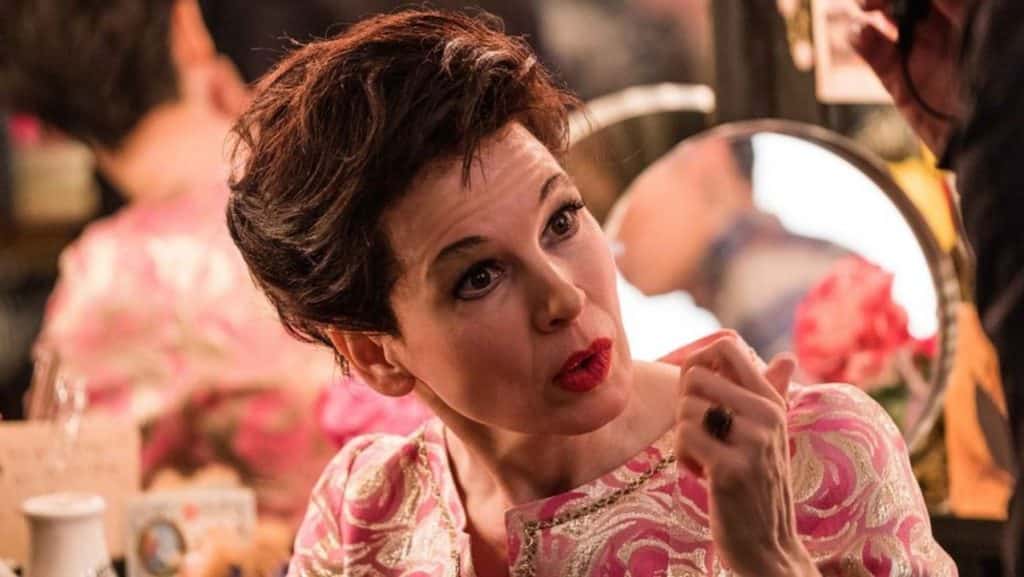 If ever there were a career to convince us that Hollywood isn’t all ‘that’ then it would be the tragic case of Judy Garland. Her final years of debt, loneliness and fluid anger are captured well in Judy, a biopic starring Bridget Jones’s Diary star Rene Zellweger and directed by Rupert Goold, following on from his feature film debut, True Story (2015).

Judy is certainly nothing new or fresh to the biopic scene, and there are the standard setlist of pieces that hold together this vein of the genre. The expected highs and lows are all featured throughout, similar to that of this year’s Rocketman or last year’s Bohemian Rhapsody in films that fall into the “a washed-up performer pieces themselves back together” bracket. It’s a well put together story, and for those that are unsure or know little of Garland like myself, there are a handful of helpful flashbacks to her golden years as a performer, right around the filming of The Wizard of Oz.

By far the biggest focus here is that of Zellweger’s performance. A performance that both carries the film in its entirety and also provides us with a resurgence, one that was well needed after nearly a decade of dreary midcard films that did nothing for her career. Zellweger carries the film on her own here, by far the only strong performance throughout the film; rightly so given how well she constructs the image of a frail Judy Garland, pushing herself through shows that she has no care for in the hopes of being with her children.

But that’s all there is to Judy, a solid performance that is thrust into the spotlight for an indefinite amount of time. Thankfully Zellweger is prominent enough in the film, but the few scenes that lack her feel underwhelming at best. Goold, it seems, is yet to find his footing. I’m not sure if he was wanting drab and realistic pieces of his direction to present a morbid and realistic future, or if his work here is a celebration of Garland’s life. Everything feels mismatched and it creates some extremely shaky pacing for much of the running time.

Visually appealing, but with nothing much else, there’s something instantly forgettable about Judy that makes it a complacent piece among a sea of mediocre pieces from the past year. It’s nice to see a leading performance with this much energy behind it, and the casting for this is perfect, but it fails to really look deeper than what happened through one segment of a clearly interesting life.

If Judy looked to capture the tragedy of a performer that was lost too soon, then it definitely does so. But it’s only due to the incredible leading performance that we get such a theme, and everything else within the film (from the camera movement to the lighting) is as complacent as you would expect to find in a traditional musical biopic. Shots of Garland clamouring for the glory days of her career alongside her coming to terms with the potential of a resurgence, much like Zellweger has done ever since Bridget Jones: The Edge of Reason released all those years ago.