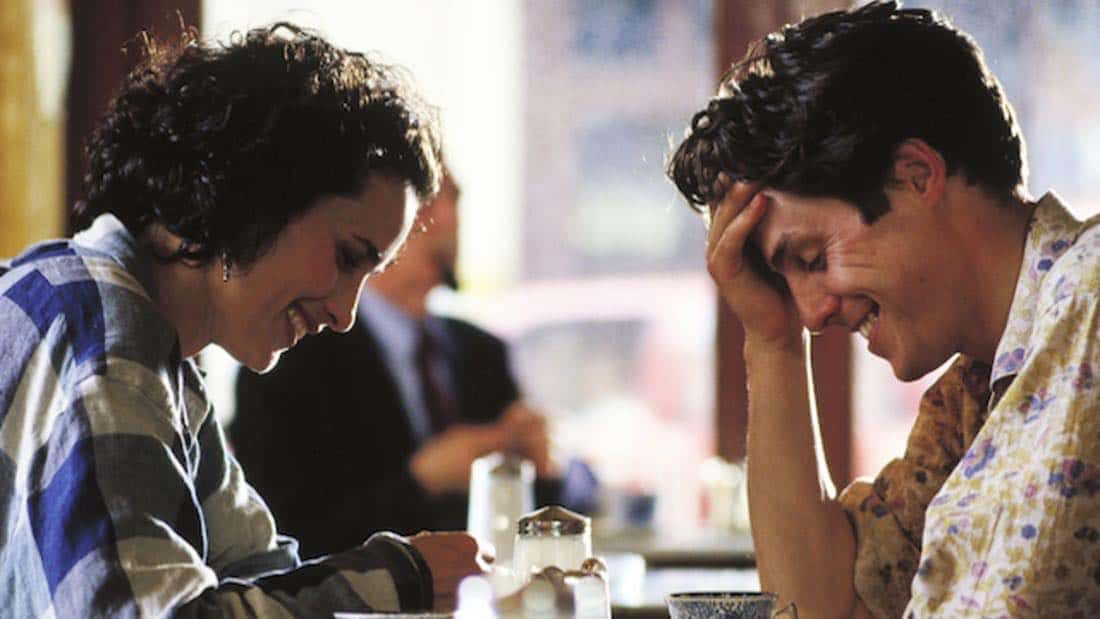 The always charming presence of Hugh Grant is enough to tide an audience over through what should be a mediocre romantic comedy. Somehow his leading man presence is enough to elevate films that should really have no right being any good, to new and unexpected levels. It worked with Bridget Jones’s Diary, Love Actually and even About a Boy, but Grant needed no help in raising Four Weddings and a Funeral due to the classic status it is now held in. Written by the ever-great Richard Curtis and directed by Mike Newell, you don’t need me to tell you how much of a classic Four Weddings and a Funeral really is.

As expected, Grant leads us in a typically boyish and loveable performance, this time playing Charles, who traverses four weddings and a funeral and pursues love interest Carrie (Andie MacDowell). The two meet from time to time, spending the night together, but never quite being in the right place at the right time. It’s your everyday “will they won’t they”, but with a nice spin on a traditional format, at least that’s the mirage Four Weddings and a Funeral aims to wear.

It does so with gallant effort, Hugh Grant’s career making performance here proves just how great he was in the soppy romcom leading role. He plays well with an enjoyable cast, a strong bit of direction and, as ever, an incredible piece of script. He’s not given too many stand out lines, most of those are liquidated to supporting players rather than the incredibly rough leading plotline. It’s a shame as well, since the side plots are in fact the most interesting aspects of Four Weddings and a Funeral, maybe due to how peculiar and particular they can be at times. They more or less wrapped up the scene after they’re mentioned, although it does provide some light entertainment here and there when the film desperately needs it.

With an expected delight of seeing just about every British actor under the sun, from Rowan Atkinson to David Haig, John Hannah to Kristen Scott Thomas, the film is without fail one of the greatest round-ups of talent available. Each and every performer gives a knockout performance, and the stilted setting of primarily weddings is a staple piece of the film. Rather than hindering the progress (which was expected), it feels oddly natural and the shtick of only being set during weddings adds a nice flavour to a romantic story we’ve heard all before.

Neither trend setting or ground breaking, Four Weddings and a Funeral does nothing to challenge or change the genre it so comfortably slips into. But, from time to time, that’s not a bad thing. When a film can so lovingly embrace the genre it looks to become a staple of, it’s nice to kick back and relax. It’s lucky then that Four Weddings and a Funeral has such a strong cast, otherwise this renowned romantic piece of British legacy would be nothing more than an overhyped, cliché. Thankfully, that’s not the case with this genuinely funny romantic comedy.