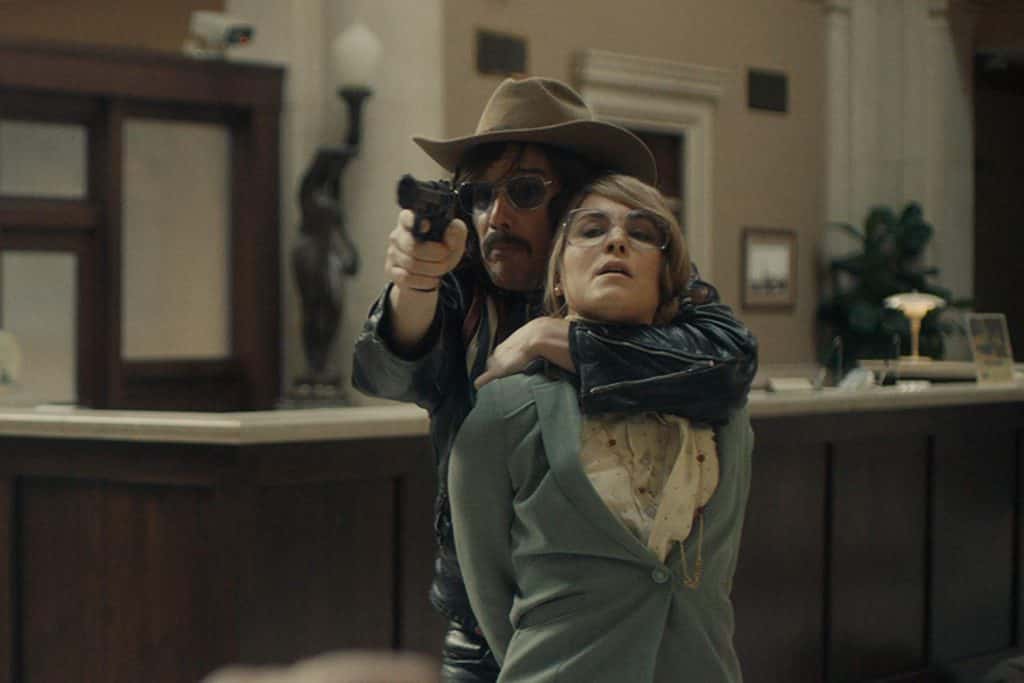 The Captor, also known as Stockholm in countries that take issue with generic sounding titles like “The Captor” is about as bad as it gets for straight to DVD releases. If this received a cinema showcase then I would be resoundingly surprised, more surprised if starring man Ethan Hawke had even shown up to it. Somehow garnering the talents of Hawke, Noomi Rapace and Mark Strong, The Captor goes on to prove that no matter the talent on display, it simply doesn’t matter when the director of the piece has the same brainpower as a spilt yoghurt.

Basing itself off of the very true story of the time an American man slapped a wig and a cowboy hat on and managed to take over Stockholm’s largest bank simply by waltzing in with a machine gun, The Captor tells us the intricate details of how this happened, what happened next, and why we should care. Unfortunately the film cannot tell us exactly how it happened, what happened inside, nor can it really convince me to care for what happened.

Nothing comes together quite like it should here, the very definition of a colossal misfire. Ethan Hawke can bring nothing of use to the table. His normally charming and smooth interactions with the rest of the cast are entirely absent, leading to some tremendously awkward and dull scenes where he shuffles his way through a barbarically bland and generic script. Strong and Rapace suffer the exact same issues, and the fault is most certainly in that of the writing department.

Robert Budreau writes and directs us through this horrifying display of what happens when a boring script meets incredulously drooping direction. Born to Be Blue, his previous collaboration with Ethan Hawke, is meant to be a shaky yet enjoyable piece; so where the pairing went wrong with this one is truly beyond explanation. They don’t gel well with one another. Budreau brings nothing new or interesting to the direction of the film, his ideas and visions as generic as every other prominently middling director to come out of the past decade. Stockholm is a visual car crash of dreadful ideas colliding into one another at the speed of two bicycles. For two cars to crash would add excitement, something the film cannot provide in the slightest.

Possibly the most interesting piece of information to take from both this review and this film, is that the events within The Captor provided the basis for Stockholm Syndrome (hence why the overseas title of this film, Stockholm, is so bloody fitting). I very much began to feel for the captor that was this film, overwhelming feelings of wanting to break free from the captivity of this direct to DVD torture. Perhaps the worst part of it all is how incredibly generic it all feels, a shame too since being generic is so much worse than being bad these days.