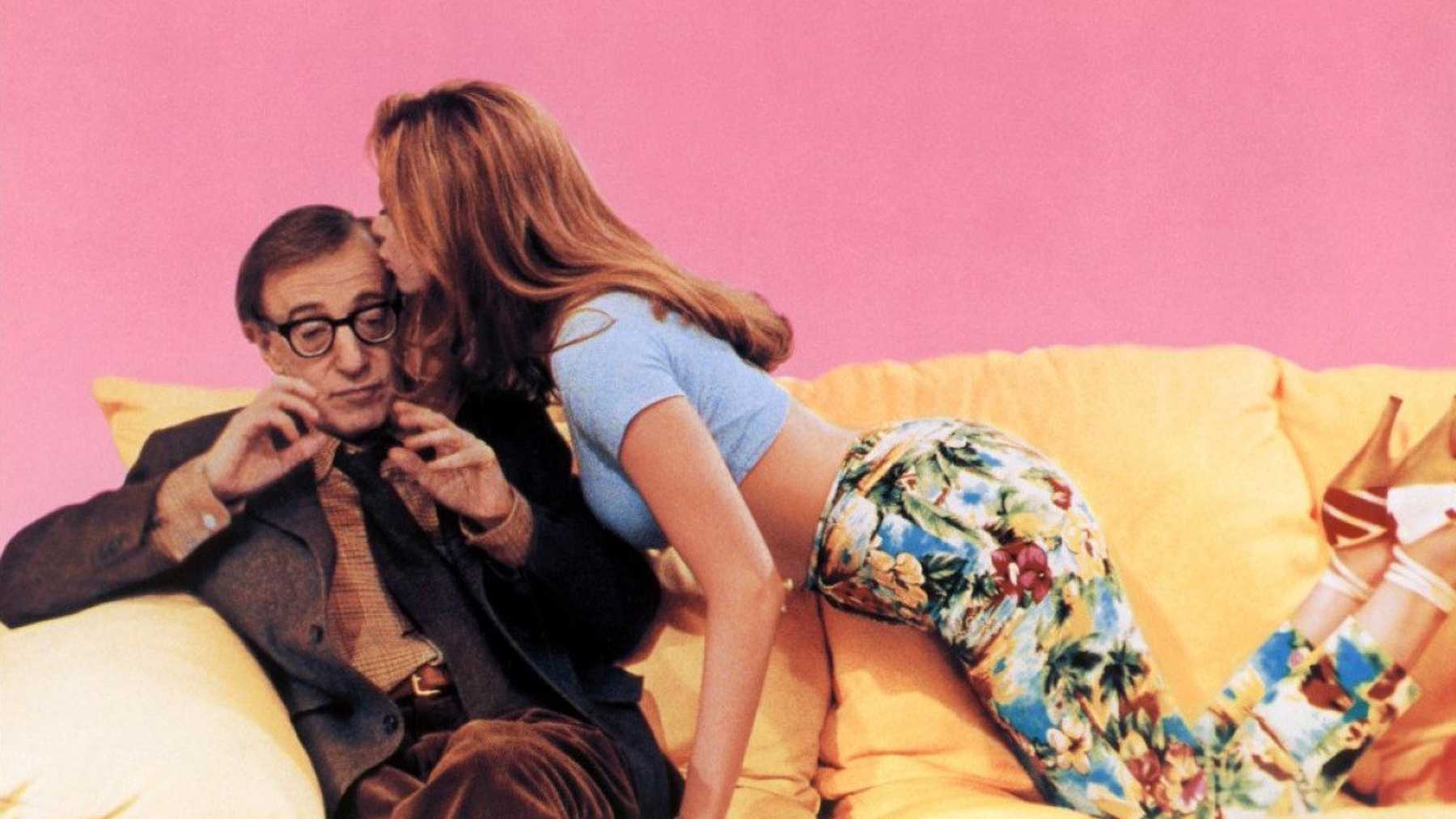 Regardless of director, genre or style, you will always have a handful of films within a filmography that almost nobody speaks of. Whether that’s because the director had previously crafted a great piece or went on to make better movies, or simply because it wasn’t watched by many. Mighty Aphrodite is a film that I had put off of watching for quite some time, and now that I’ve finished my viewing, I’m not entirely sure why. Maybe it’s because as Woody Allen got older, his output became less trend setting. His films looked more like gasping clutches at a once great body of work, that only weakened as the man got older.

Mighty Aphrodite manages to secure its place amongst the greats of his filmography though, solely on the standard that we’ve come to expect nothing but mediocrity from his future films. Following Lenny (Allen) and wife Amanda (Helena Bonham Carter) as they adopt a child, Lenny soon finds that the child is a prodigy and searches for the birth parents. Finding that the mother of his adopted son is prostitute Linda Ash (Mira Sorvino), he sets out to rectify her sinful lifestyle and attempts to get her out of the seedy business once and for all.

His parallels and brief flirtations with timeless Greek tragedies works well with the ever-expected highs and lows Allen’s worrisome Lenny finds himself in. The comparisons are a little more on the nose than I’d first envisioned, but to give credit where it’s due the scenes where Allen confers and confides in various iterations of Greek heroes is rather well rounded. F. Murray Abraham does this best of all, with a handful of scenes scattered through the more pressing plot related parts of the movie. Jack Warden is on hand for a handful of scenes too, in one of his few collaborations with Allen.

We don’t hear much of Mira Sorvino, and considering she nabbed herself a Best Supporting Actress award for this role at the Academy Awards, it’s a genuine surprise that not many people remember her. It’s certainly an enjoyable performance, pushing a few tropes of the Allen comedy out of the way to focus on some nice character development instead of your expected one note performance. It’s certainly not awards worthy, but Sorvino manages to steal the show somewhat from underneath the rest of the cast, which is already packed with extremely talented individuals.

A tragedy with a happy ending, an odd collision of two concepts that couldn’t be further from one another even if they tried. Mighty Aphrodite is a sleeper hit hidden away in the reams of Allen’s filmography. One of the many examples of how you shouldn’t judge a film by its seemingly fluffy and simplistic premise, here we have one of Allen’s forgotten gems. An engaging piece that sells itself as some jovial entertainment following two characters that, for the most part, have no interest in one another. Quite the smart film at times, and featuring some of the funniest lines Allen would ever write, Mighty Aphrodite is a lovely film that won’t be too taxing on the mind.