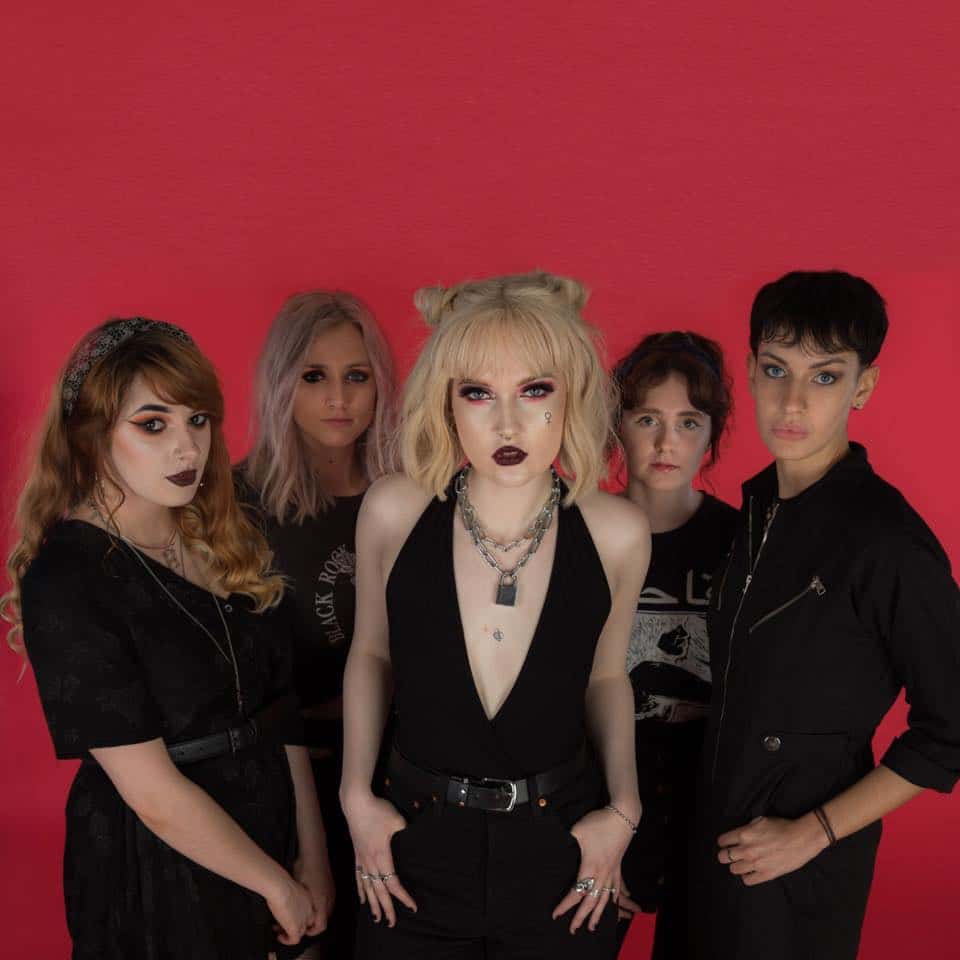 Girl power was out in full force at Head of Steam in Newcastle on the 15/11/19 thanks to alt-rock girl band, Venus. In such a male dominated industry, it was a nice breath of fresh air to see the Leeds based 5-piece take the stage with such skill and confidence. Venus did more than just turn up, play a few songs and then leave. They made powerful statements about feminism and mental health too.

Support acts for Venus came in the form of female fronted 5-piece, Chain the Phoenix and all-girl trio Sing Again Syren. The choice of female presence in the supporting acts enforced the themes of feminism, and both bands gave outstanding performances to warm-up for the headliners, Venus.

Venus are a fairly new band, but despite this, they already have a number of songs recorded, their latest being their new single Freak Friday. The setlist on the evening of the gig consisted of both released and unreleased music which gave the crowd new and exciting music, and the comfort of familiarity from the songs available to listen to on Spotify.

The girls opened up with an unreleased song, No Signs. This tune was the perfect opener as it gave singer/rhythm guitarist Grace Kelly the chance to showcase her beautiful vocal range. From the second Venus started playing, I was amazed by how well each member of the band gelled together. It was clear to see from the start that Venus were something special.

Later in the night, Venus played Sour, one of the three songs that they have previously released. Sour carries a lot of meaning within its lyrics, being about treated unkindly for who you are. Hearing Sour was inspiring, and electrifying, as angelic high notes and flawlessly played instrumentals bounced around the room.

After Sour, Venus slowed it down to perform Amy, a moving song tackling the topic of mental health. Introducing the song, Grace Kelly told the meaning behind Amy. Urging people to pipe up and talk to others about mental health she said “mental health is something we need to encourage One another to open up about because if we don’t we’re all entirely f**ked… One another is all we have.” Amy was my favourite song of the evening, and I could almost feel a tear in my eye as I listened.

Of all the songs Venus played, the one which went down the bet with the crowd was Deranged. This feminist anthem is sassy, powerful and comes with an important message about women’s place in society. Venus brought a modern take on the Riot Grrrl movement to Newcastle with Deranged thanks to its feisty lyrics, thrashing guitars and an amazing stage presence to match.

Closing the evening with their latest single, Freaky Friday, Venus stayed true to their trademark alt-rock sound. Freaky Friday was a great ending to a great night, and much as they did with the rest of their songs, Venus stunned.

Like most bands, Venus were selling T-Shirts, but not being fans of cheap labour, they had bought their T-Shirts from charity shops and screen-printed their logos onto them.

I left the gig feeling empowered, impressed and inspired. Venus are feminists and make it known; but not in a ‘ram it down your throat’ way. Their activism doesn’t outshine the amazing performance that they give, and they make it evident that their greatness has nothing to do with them being women, and more to do with their how hard-working, driven and talented they are.