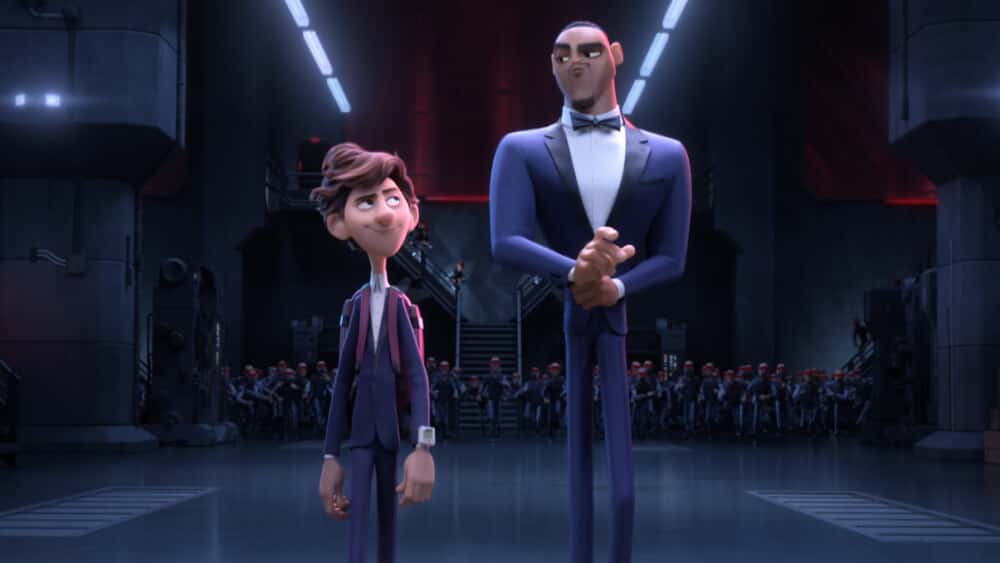 Do you think there’ll ever be a time where we receive a modern spy comedy that doesn’t make reference to the James Bond series? It feels more and more light a rite of passage for any budding young filmmaker to reference as many popular brands as possible, in the hopes that this popularity may rub off on the product they’re creating. Spies in Disguise is the latest feature film to do so, but for kids! Just because it’s made for kids doesn’t mean it gets a novel, free pass into being harmless, because Spies in Disguise is an important moment in animation. It represents everything wrong with the genre thus far, and the uniquely useless films generations of kids will have to put up with.

Does anyone remember The Secret Agent Show? It was a kid’s TV show that ran on CBBC, it was absolutely amazing and it’s a staple of my childhood. Nobody talks about it much these days, but Spies in Disguise has a plot that would fit a fifteen-minute episode of that show. Lance Sterling (Will Smith) is framed for an unspeakable crime (a truly terrible crime, it’s also unspeakable because I can’t remember what he did) and is subsequently tracked by the very agency he works for. He soon finds himself at the whim of Walter Beckett (Tom Holland), a tech guy from the agency lab. To cut a long story short, a generic sounding agent is turned into a pigeon by a nerdy geek named after an ill-forgotten Irish composer.

It’s a rather bizarre plot, and I assume many will go into this looking for a completely light-hearted and farcical time. Spies in Disguise certainly falls into the background noise variety of filmmaking, and that right there is the main issue. The film knows its limitations, and I’m thankful that it doesn’t try to be anything more than it needs to be. At the same time though, it’s a truly miserable ordeal to sit through. With the film trying to be nothing more than a film parents will be able to stick on in the background while their kids shove LEGO up their nose, you can expect a limited engagement between audience and story.

Smith and Holland have amicable levels of chemistry throughout a film littered with recognisable voices. Rashida Jones, Ben Mendelsohn, Karen Gillan and a man called DJ Khaled all appear throughout in varying capacities. There’s an odd number of cameos from musicians, with Khaled offered the largest role out of a pool including Olly Murs and Mark Ronson. Why they’re included is beyond me, they add nothing to the movie and voice cameos from these guys don’t really do much for audiences.

Playmobil: The Movie meets Austin Powers: International Man of Mystery in a piece of work where the entire film can be encapsulated by the trailer alone. I’d love to be able to praise the animation, but it looks as generic as they come. You’d be forgiven for mistaking this as an Illumination Studios project, that’s how futile and repetitive the film looks and feels. Throw in some musical numbers by Smith and you have a truly grating experience that will struggle to win over even the youngest of fans from its bleak target audience.